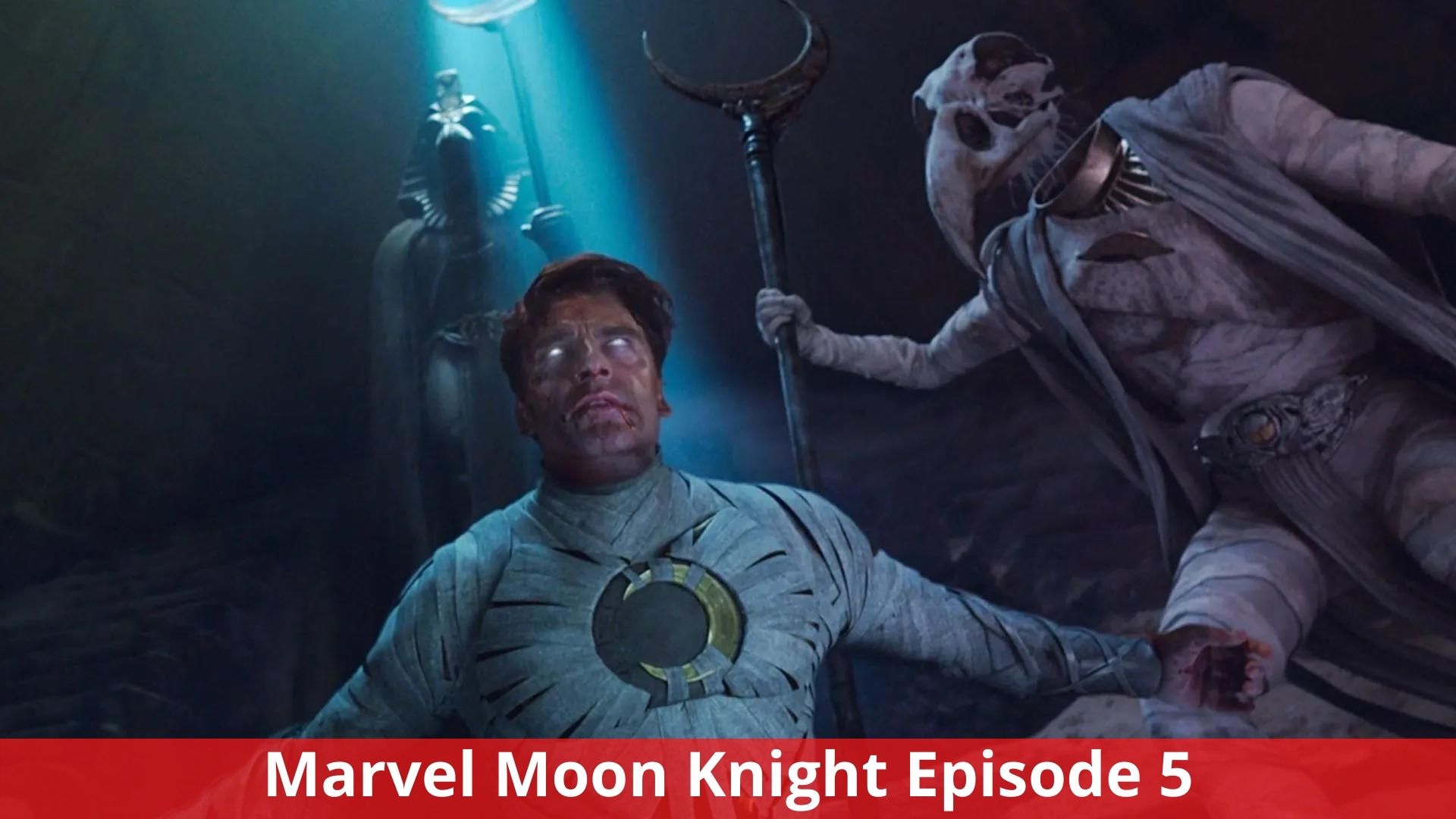 The show’s creators have gone to tremendous efforts to keep viewers enthralled in the tale as the concluding episode of Moon Knight approaches. In episode 4, The Tomb, the creators did not disappoint fans when the main protagonist Marc Spector and Layla arrived at Ammit’s tomb. Marc’s alter ego, Steven Grant, helps him find Alexander the Great’s room, which was previously Ammit’s avatar.

Grant and Spector’s relationship appears to have taken a turn for the worse as Steven’s affections for Layla blossom. Furthermore, Spector has already given Grant a savage punch for his gesture of kissing Layla in the tomb. As the two personalities struggle between themselves in Moon Knight’s second final episode, fans are curious to see what will happen next. We’ve put all you need to know about the release date and time for Moon Knight episode 5 right here.

The fifth episode of Moon Knight will be released on April 27th, according to the schedule. It will be available on Disney Plus, an over-the-top streaming service. It is crucial to remember, however, that the release date of the series will vary depending on where you live.

Because of geographical differences, the release date for Moon Knight’s episode 5 differs from country to country. In the United States, the show will begin airing at 12 a.m. PT and 3 a.m. ET, and fans can begin viewing at that time. People in the United Kingdom will be able to access the site at 8 a.m. BST. Moon Knight will be available on the internet in India from 12.30 p.m. IST.

Will Marc Spector And Steven Grant Be Able To Make It Out Of The Parallel Reality?

In the fourth episode of Moon Knight, Marc was shot in the chest, leading him to fall deep down a well. He awakens to discover that he is a paralysed patient under the care of Dr. Harrow. Marc discovers the truth as the latter tries to persuade him that all that has transpired in the past was all in his brain. Following Steven’s rescue, the two embarked on a victory march to escape the strange medical centre, only to run upon Taweret, the talking hippo. We’ll find out if Marc is able to complete his mission in the upcoming episode.

How Many Moon Knight Episodes Are Left?

There are two of them, including this one. On Wednesday, May 4, 2022, the series will come to a close.

Who Stars In Season One Of Moon Knight?