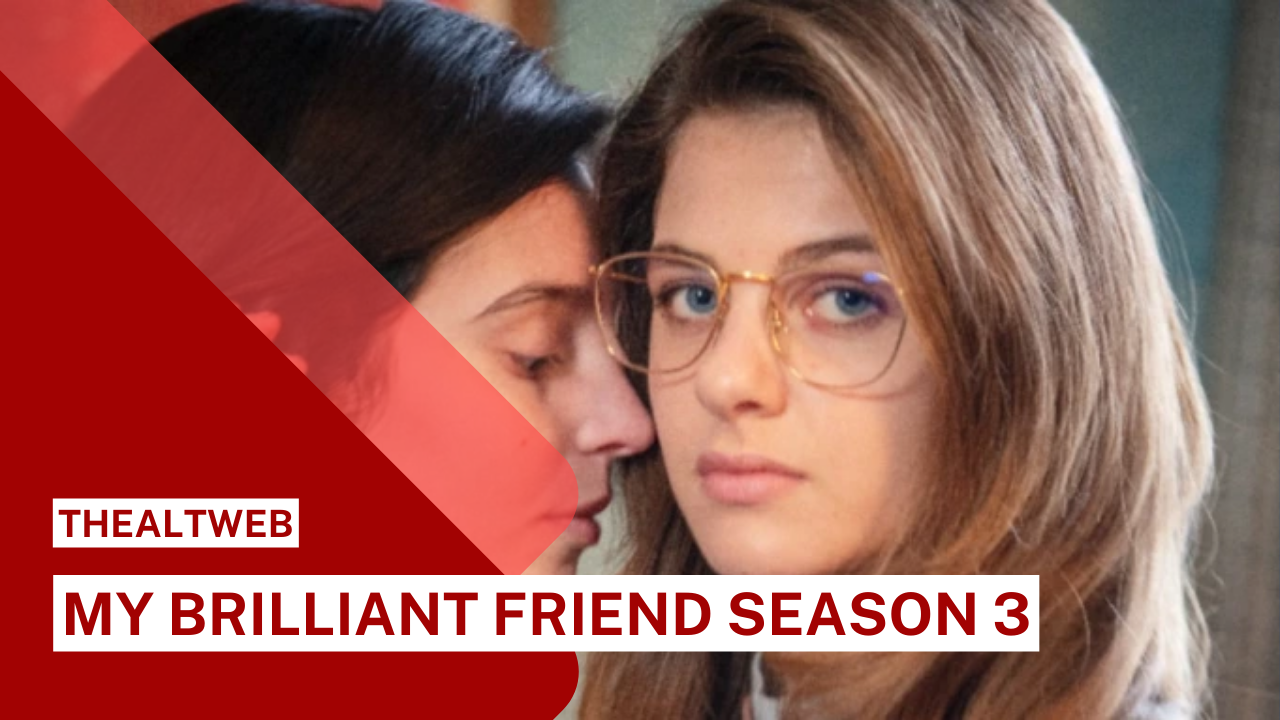 “My Brilliant Friend,” an HBO coming-of-age drama set in Italian and Neapolitan, debuted in November 2018. A second season was quickly renewed the following month after outstanding reviews – the first season has a Tomatometer and viewer score of 93 percent on Rotten Tomatoes (via Variety).

The series follows Elena “Lenù” Greco (Margherita Mazzucco, Elisa del Genio) at primary school as she meets and befriends Raffaella “Lila” Cerullo (Gaia Girace, Ludovica Nasti). The plot follows them through youth and maturity, culminating with the disappearance of an elderly Lila. The first season was adapted from the first novel in the series, “My Brilliant Friend,” while the second season was based on the second novel, “The Story of a New Name,” both by Elena Ferrante.

The fact that there are four books in the series has no doubt piqued the interest of the show’s fans, who are likely ready to hear about the third season. Here are all of the details about Season 3 of “My Brilliant Friend” that we have so far.

When can we expect Season 3?

The good news is that the show has been renewed for a third season; HBO announced the renewal in April (via The Hollywood Reporter). The bad news is that there is currently no release date for the second season, so we don’t know when we’ll see Elena and Lila’s journey conclude.

“The fact that audiences and reviewers alike have continued to appreciate Elena and Lila’s narrative makes it all the more satisfying, and we applaud the entire team led by Saverio Costanzo for their exceptional work on the second season,” said HBO’s executive VP of programming.

“We can’t wait to continue Elena and Lila’s story and relationship.”

Unfortunately, just like almost every other film and television production, the filming of the next part was hampered by COVID-19. Season 3 production is set to continue in February 2021, according to TheCinemaholic. Now that production is back on track, we should hear about a release date soon.

In Season 3, who will appear?

Multiple actors have already taken on the roles of the two main characters because the plot follows them throughout their lives. Elisa del Genio played the younger version of Elena for Season 1 and some of Season 2. Elena was also played by an older actress, Elisabetta De Palo, in a cameo role as a senior, while a very young Elena was played by Ingrid del Genio. Similarly, Gaia Girace has played the more dominant, adolescent plot, while Ludovica Nasti has played the younger Lila.

We might anticipate seeing fresh faces playing the familiar characters as the plot progresses through their lives – the third book takes the characters farther into maturity — Girace will leave the show after three episodes of the third season, according to TVZap, and will be replaced by an unnamed actor. TVZap quoted Girace as saying: “I’m sorry to have to say goodbye to Lila… I hope whoever after me loves her as much as I do.”

Furthermore, while no replacement for Mazzucco as Elena has been revealed, it is likely.

Season 3 will be about what?

Elena was engaged at the end of Season 2 and the author of a debut novel that had just been published. The released book, titled “The Digression,” details the evolution of her friendship with Lila — essentially all of the events that the audience has witnessed thus far. Elena gives a book talk in the series finale when she is reunited with Nino (Francesco Serpico), an old acquaintance and childhood crush who also happens to be Lila’s ex-lover. Elena smiles as she sees Nino at the end of the series.

Elena and Nino’s reconnection will most likely be given additional context in the third season, which will also follow the events of Ferrante’s third novel. “Those Who Leave and Those Who Stay,” the following installment in the series, finds Lila estranged from her husband and working in a sausage factory, where she is subjected to sexual harassment on a regular basis. While working, Lila studies computer science with Enzo Scanno (Giovanni Buselli, Vincenzo Vaccaro), a familiar face from their childhood with whom she is forming feelings.

Elena, meantime, falls pregnant shortly after her marriage, despite her desire to wait until she finishes her second novel. She juggles parenthood and her writing career throughout the novel. Elena must also confront her love for Nino after reuniting with him after the book talk.

With a book full of gripping drama in Elena and Lila’s lives, the third season, when it eventually airs on HBO, is sure to be just as good as the first two.