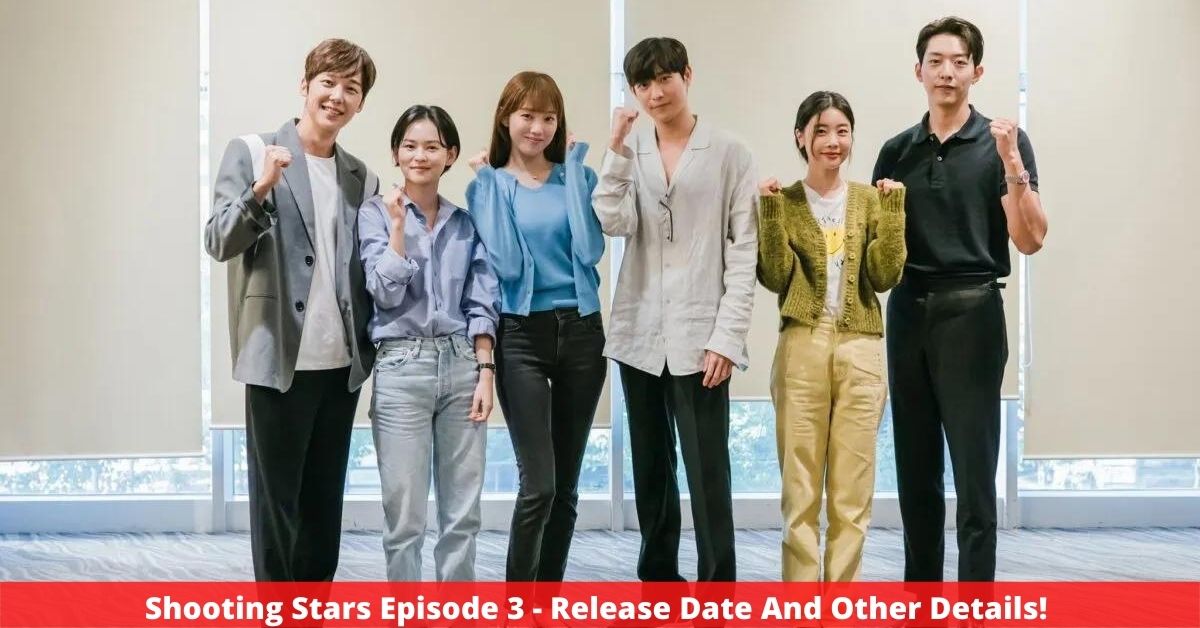 Shooting Stars, the next tvN K-drama starring Lee Sung Kyung and Kim Young Dae, premiering its third episode on April 29th. Here’s all you need to know about Episode 3’s release date, preview, and where you can watch it.

Shooting Stars, another another enemy-to-lover cliche with a small twist, has already sparked great expectations after just two episodes have been published. The drama currently has an 8.3 rating on My Drama List and a 9.1 rating on Rakuten Viki, a streaming service.

On April 29th, at 10.40 PM KST/ 9.40 AM ET, tvN is going to air the third episode of Shooting Stars. Shortly after, the drama will be available on Rakuten Viki. Check out the tvN airtime schedule for the rest of the world.

It will later be broadcast on Rakuten Viki, VIU, WeTV, and iQIYI.

The third episode of Shooting Stars will tell more about what happened in the past between Oh Han-byul, the chairman of Star Force Entertainment’s public relations department, and Gong Tae-sung, the ultimate hearthrob of South Korean entertainment.

After an old photo of Oh Han-byul and Gong Tae-sung makes its way onto the internet, the office coworkers will learn about their history, according to the preview for episode 3.

Tae-sung is still certain that Oh Han-byul is the one who sent him to Africa, and he is preparing his vengeance in every way he can.

But, as the two spar, will the old flame rekindle in the midst of their battles?

Lee Sung-kyung plays Oh Han-Byul, the head of Star Force Entertainment’s public relations department. Her character has excellent expressive abilities as well as exceptional crisis-response abilities. She also has a grasp on the sector and oversees a number of divisions, including public relations, crisis response, and communication.

Also Read: Made In Heaven Season 2 Release Date, Cast, Trailer – All You Need To Know

Kim Young-dae portrays Gong Tae-sung, a top star actor under contract with Star Force Entertainment. His sparkling smile, which resembles that of an angel, as well as his kind and upright demeanor, have made him popular with the people. Meanwhile, he’s a hothead when he’s not in front of the camera. The K-cast drama’s includes Yoon Jong Hoon, Kim Yoon Hye, Lee Jung Shin, and Park So Jin.