Tell Me Your Secrets Season 1 – ENDING! 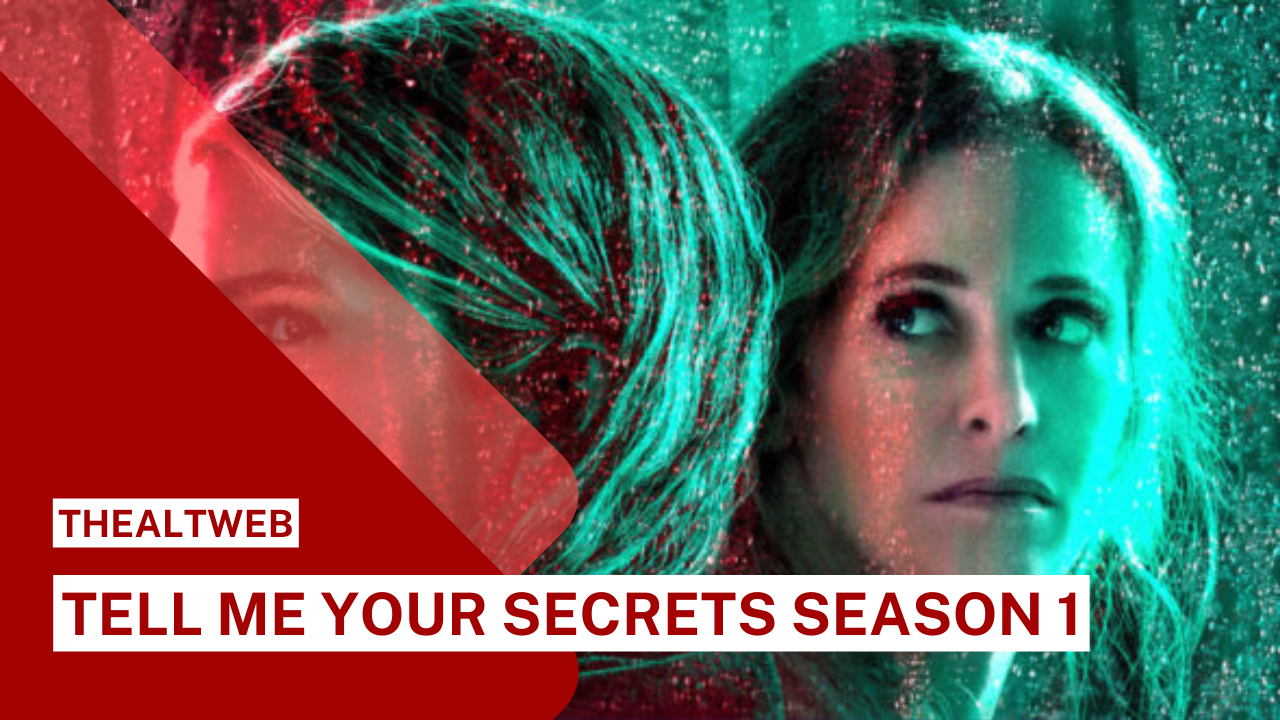 “Tell Me Your Secrets” is the latest Amazon original that audiences are excited about, and its storyline promises plenty of crime, thrills, and unexpected twists on the path to the Season 1 conclusion.

“Tell Me Your Secrets,” created by Harriet Warner, follows the lives of three main characters: Emma Hall (Lily Rabe), who suffers from memory loss and is placed in witness protection after a horrifying past, Mary Barlow (Amy Brenneman), a mother looking for answers after her daughter went missing and is presumed dead by everyone except Mary herself, and John Tyler (Hamish Linklater), a convicted predator trying to live a reformed life without committing any more

The show is made up of intricate character backstories that interconnect before coming together in the season finale on Episode 10. While some portions of the show are difficult to follow, the last episode ties up loose ends among numerous characters and left spectators wanting more stories after it ends on a cliffhanger. For those who might be confused by the finale of “Tell Me Your Secrets,” here’s a closer look.

Rose’s problems have led to her murder.

Rose Lord (Chiara Aurelia) is the daughter of the most prominent people in St. James, Louisiana. She is clearly troubled from the moment she is presented. Her yearning to leave town and escape her mother’s emotional abuse pushes her over the edge. She had no idea that her father is secretly perpetrating crimes against the young girls who dwell in the Saint Jerome House. When Emma Hall (Lily Rabe) tries to tell her about her father’s crimes, Rose interrupts by declaring her love for Emma before becoming outraged at both Emma’s rejection and her father’s allegations.

The final episode reveals that Lord is to blame for the death of a missing girl who was trying to warn her about her father’s heinous actions. The final Rose scene concludes with her discovering that her father is, in reality, a monster who commits horrific crimes against young women – how she responds to this remains to be seen.

A heartbroken mother pushes a convicted predator to his breaking point, and he begins to perpetrate horrific deeds once more. The last episode is a fight for life and death as John Tyler (Hamish Linklater) loses control when he discovers Emma, whose real name is Karen.

Mary has compelled John to find Karen at whatever cost, and by the time he does, he has reverted to his predatory ways. After violently abusing both Karen and Mary inside Karen’s cabin, they fight back and leave him bloodied and unconscious.

Believing John is dead, the two ladies lock him inside Karen’s pantry for the time being and leave. The episode ends with John appearing menacingly behind Bodie Lord (Richard Thomas) as he snoops about Karen’s cabin, giving an obvious opening for him to return in Season 2.

Pete (Enrique Murciano) is a seemingly insane psychotherapist tasked with easing Karen into her new life as Emma Hall once she is freed from prison. It’s not simple to hide someone who has become associated with a serial killer, so Pete hides Hall in a cabin he’s been keeping a secret from his wife.

Pete’s past is purposefully hazy: he admits to committing a crime in his twenties and working at the Saint Jerome House, but the finer aspects of his story are off, and the truth about where he comes from isn’t entirely disclosed by the end of this season.

Throughout the show, though, Pete develops increasingly possessive and unethical feelings for Emma. The finale reveals more about Pete’s intriguing past when he receives a call from Bodie Lord threatening to harm Emma. In response, Pete exclaims that he wants out of whatever Bodie is up to before being told that he would never get out of it. Naturally, this raises many questions regarding Pete’s involvement and background.

Theresa is the polar opposite of what viewers expected her to be.

Mary Barlow’s lost daughter is Theresa Barlow (Stella Baker). Throughout the season, she is portrayed as a victim of a needless and awful act. However, the end of Season 1 throws a huge curveball at the audience when it is revealed that Theresa is the actual killer.

Theresa’s obsession and jealousy prompted her to murder nine women, attempt to murder Emma Hall and steal her newborn daughter. Theresa only got away with it because of Emma’s highly inconvenient memory loss and by keeping a low profile. Even though her parents and younger brother have been seeking her for a decade, Theresa has remained hidden and was even considered to be dead at one time.

The very conclusion of “Tell Me Your Secrets” Season 1 depicts Theresa driving along a mountain road with Emma’s baby, now a toddler, in the passenger seat. Given what we now know about Theresa, this is a rather foreboding conclusion.