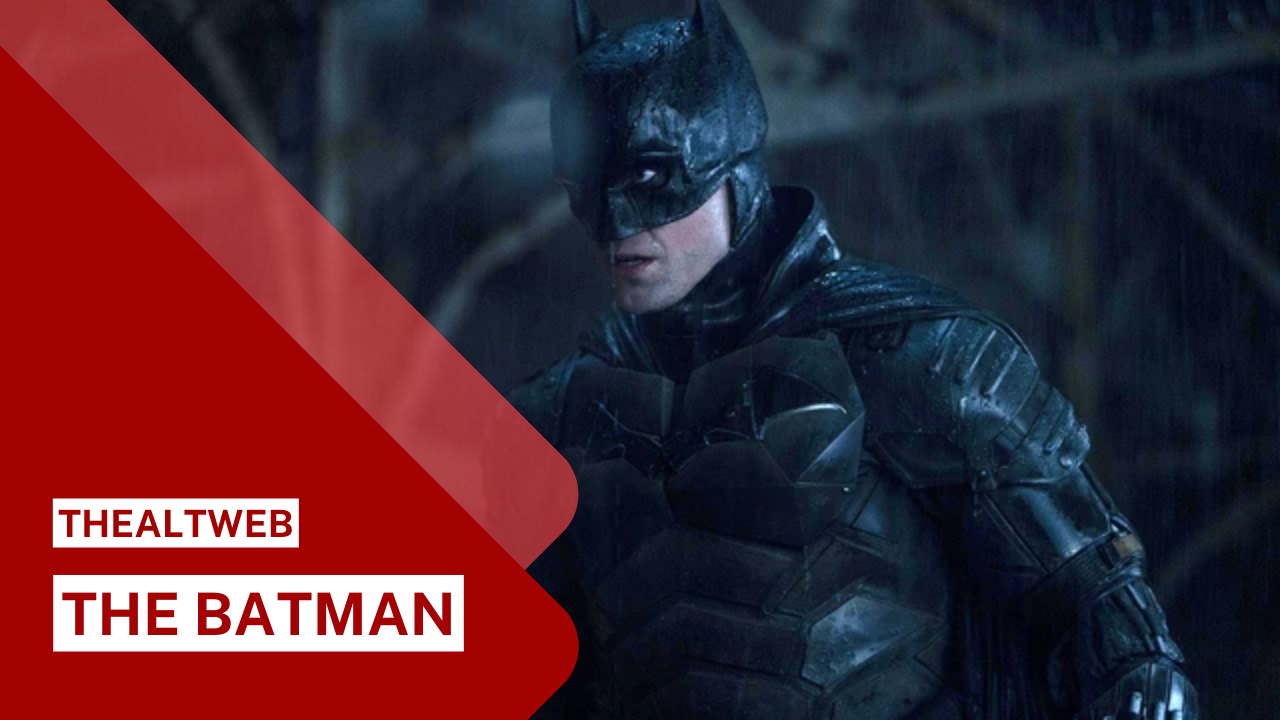 “The Batman,” the superhero’s first solo picture since 2012 and his eleventh appearance in a live-action feature film, will be released in March 2022, following years of production and delays. “The Batman,” which was first announced in 2014 as a DC Extended Universe tie-in starring Ben Affleck in both behind and in front of the camera, has veered off course to become something entirely new. Instead, Matt Reeves (“Dawn of the Planet of the Apes”) directs and co-writes “The Batman,” which stars Robert Pattinson as a younger, angrier Bruce Wayne at the start of his crime-fighting career.

The idea of taking Batman “back to basics” as a gritty detective story isn’t new to the big screen, but Matt Reeves hopes his take on the character is sufficiently different from anything we’ve seen before, a gripping and emotional story that, unlike so many Batman films, focuses more on the Dark Knight himself than his colorful villains.

With the film’s premiere on the horizon, there’s a lot we already know about “The Batman,” as well as a lot we don’t. The following is a rundown of what’s going on.

It was assumed that Ben Affleck would reprise his role as Bruce Wayne in “The Batman” when it was first conceived as a part of the DC Extended Universe. After Affleck stepped down as director and his script (co-written with DC Films co-founder Geoff Johns) was shelved, new director Matt Reeves stepped in with his own idea for a Batman film starring a younger actor. Reeves’ first choice for the role was Robert Pattinson, best known for the “Twilight” films but a critical darling for indies like “Good Time” and “The Lighthouse.”

Pattinson, who has avoided major franchise projects since his flop with “Twilight,” is a lifelong Batman fan who jumped at the chance to play this version of the character. His casting in 2019 drew the expected fan backlash (both Michael Keaton and Ben Affleck were initially rejected by Batman fans), and he sparked even more debate when he joked about not going to the gym for the part.

Some have also taken issue with Pattinson’s comments on Batman’s anti-killing code, despite the fact that his statements are mostly in line with how the character has been depicted in comic books, films, and animation throughout his entire life. Those who mock Pattinson’s “emo” black eyeliner when he takes off his cowl are apparently unaware that every live-action Batman since Keaton has used black eyeliner to fill in the space between their eyes and their cowl. (We guarantee you’ll notice if it’s gone.)

Regardless, Pattinson’s interpretation will be unlike anything we’ve seen before onscreen.

“I want to play a filthy, filthy, slimy Batman,” he told MovieMaker, and Reeves appears to have fulfilled his ambition.

Matt Reeves, who also wrote the script, is in charge of Batman.

The news that Matt Reeves would be shepherding “The Batman” from concept to completion broke soon after Ben Affleck walked away from the directing gig on “Batman.” While “The Batman” will be Reeves’ first foray into the world of superheroes, he has directed films with high concepts and larger-than-life characters, as evidenced by his work on “Cloverfield” and the rebooted “Planet of the Apes” films.

Originally, Reeves planned to use Ben Affleck’s script, which still featured Affleck in the lead role. Reeves, on the other hand, announced a few months after joining the project as a director that he was scrapping Affleck’s screenplay and starting over.

Despite the fact that Reeves’ script will feature a younger protagonist than Affleck’s, the director still hopes to deliver a mature, ambitious film that doesn’t talk down to its audience and gives the character an “epic and emotional new take.”

There will be no connection to Ben Affleck’s Batman in this film.

When “The Batman” was first announced, it was billed as a new chapter in the DC Extended Universe, pitting Ben Affleck’s seasoned Batman against Joe Manganiello’s assassin Slade Wilson (a.k.a. Deathstroke). In Zack Snyder’s adaptation of “Justice League,” where Lex Luthor reveals Batman’s secret identity to Deathstroke, Manganiello’s role in the film was teased.

Deathstroke, according to Manganiello, would have used this information to exact cruel vengeance on those close to Bruce Wayne, as well as to fight both Batman and his teammate Batgirl. As DC Films retools its DC Extended Universe, a number of plot threads from “Zack Snyder’s Justice League” have been left hanging indefinitely. (A solo “Batgirl” film is still in the works, starring Michael Keaton as Batman but J.K. Simmons as Commissioner Gordon… presumably it’ll all make sense when we get there.)

After rejecting Ben Affleck and Geoff Johns’ initial script for “The Batman,” Matt Reeves set out to write a fresh plot centered in the DC Universe, but not as interwoven and packed with cameos as other DCEU films. He would later add that he didn’t want his Batman picture to “be burdened with the burden of linking the characters from all those previous movies.” Instead, “The Batman” would be set in its own timeline, completely apart from the DCEU and the previous live-action adaptations directed by Tim Burton and Christopher Nolan.

Fans who can’t get enough of it When “The Flash” arrives in theatres in November 2022, Batfleck will have at least one final film in which he portrays the role.

Batman’s detective talents will be highlighted in the flick.

Reeves revealed in an interview with The Hollywood Reporter that his screenplay for “The Batman” will be a “point of view-driven, noir Batman narrative,” which will play on the idea of Bruce Wayne as the world’s best investigator. Reeves promised to send Pattinson’s Batman on a “journey of tracking down the criminals and trying to solve a crime,” while also delivering an emotional, transformative arc for the character, contrasting his take on a Batman film with previous films, which he claims haven’t really delved as deeply into the Dark Knight’s detective skills.

“I think it’ll be a fantastic but also emotional narrative,” Reeves stated of his character-driven approach to this Batman installment. Reeves previously described Batman as “a tormented soul attempting to do the right thing in a very flawed world” in an interview with Digital Spy.

“It’s not who I am beneath, but what I do that defines me,” Christian Bale’s Batman memorably proclaimed. However, based on Reeves’ statements, we anticipate that his portrayal of the character would be more contemplative and intellectual than in prior films. While it’s safe to assume that “The Batman” will have plenty of fistfights, explosions, and mind-blowing Bat-gadgets — after all, this is still a DC superhero film — don’t be shocked if Reeves’ Batman is characterized by who he is underneath the surface.

In the part of Catwoman, Zo Kravitz will be slinking in.

The Penguin and Catwoman were announced early on as important villains in “The Batman.” After numerous rounds of buzzy casting speculations including Vanessa Hudgens, Aubrey Plaza, Lupita Nyong’o, Tessa Thompson, Gugu Mbatha-Raw, Alexandra Shipp, and Logan Browning, the black catsuit has been formally claimed. In Matt Reeves’s film, the Caped Crusader’s legendary femme fatale will be played by Zoe Kravitz of “Big Little Lies.” Selina has a long and complicated relationship with Bruce Wayne in the comics, and her position in the film might take a variety of twists and turns.

Although it will be Kravitz’s first major part in a superhero picture, “The Batman” will not be her first or even second journey with comic books. She voiced Mary Jane Parker (née Watson) in the Oscar-winning animated picture “Spider-Man: Into the Spider-Verse” in 2018. She also played the mutant Angel Salvadore, a.k.a. Tempest, in 2011’s “X-Men: First Class.” Her former stepfather Jason Momoa, who played Arthur Curry, a.k.a. Aquaman, in the DCEU’s “Justice League” and “Aquaman,” has already established familial links to the DC world. But what’s the most purr-fectly relevant job on her CV? She’s previously provided her voice to “The LEGO Batman Movie,” so she’s familiar with the character.

In the year 2022, Batman will make his big-screen debut.

It took over eight years for “The Batman” to go from announcement to release. It was announced as part of Warner Bros.’ slate of 10 DC Comics-inspired films in October 2014, before the cameras had even stopped rolling on “Batman v Superman: Dawn of Justice,” though the version of “The Batman” in development at the time is completely different from the one set to be released in 2022.

The Matt Reeves “Batman” was planned to hit theatres on June 25, 2021, but production was suspended approximately a quarter of the way through filming due to the COVID-19 epidemic. The film’s release date was moved back to October 1, 2021, however, a virus outbreak on-site in September 2020 forced a two-week delay in production. This might have played a role in the release date being pushed back again, though it’s more probable that Warner Bros. merely wanted a few more months for the disease’s instances to diminish (and, perhaps, to not have to release the film day-and-date on HBO Max with the rest of their 2021 slate).

“The Batman” was given a third (and hopefully final) release date of March 4, 2022, shortly after the second COVID postponement. The film will be shown in cinemas for 45 days before becoming available on HBO Max on April 19.

“The Batman” is the first of five live-action films set to be released by DC Films in 2022, with “Black Adam” set to debut on July 29, “The Flash” on November 4, “Aquaman and the Lost Kingdom” on December 16, and “Batgirl” set to premiere on HBO Max before the year’s end.