The Ending Of Stowaway – EXPLAINED! 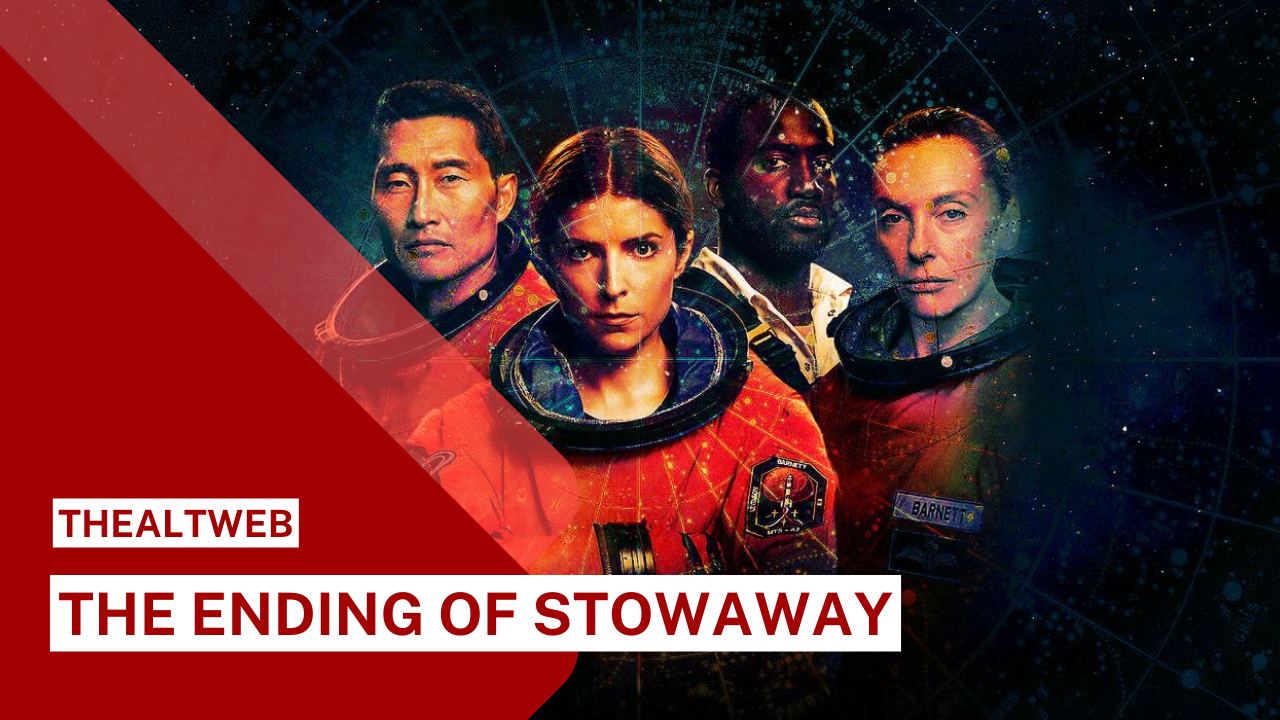 “Stowaway,” directed by Joe Penna and co-written by Penna and Ryan Morrison, is a new science-fiction drama film available on Netflix. Zoe, a medical researcher on a spaceship destined for Mars, is played by Anna Kendrick. Toni Collette plays Marina, the captain, Daniel Dae Kim plays David, the biologist, and Shamier Anderson, who is most known for his role in “Wynonna Earp,” plays the stowaway who is stuck aboard the ship as it takes off. “Stowaway” debuted on Netflix on April 22, 2021, with a 77 percent Rotten Tomatoes rating, with New Scientist’s Linda Marric complimenting the film’s “genuinely original philosophical subject that is not just engaging, but also wonderfully thought out.”

The small team of three is about to leave Earth for a brief research trip to Mars at the start of the movie. Zoe and David tend to Anderson’s character Michael’s wounds after they locate him on board and injured after takeoff, while Marina learns some shocking facts. Michael accidently damaged the CO2 scrubbers, reducing the ship’s oxygen supply, during the mishap that resulted in his injuries. The crew must decide how to live, or even if they can, with less oxygen available and two more lungs to fill.

What must the crew of the spacecraft do in order to live?

“Stowaway” explores the moral dilemma of what to do when the only alternatives appear to be for one person to die freely (or not) or for everyone to perish. Because Michael is the stowaway who shouldn’t have been aboard the spacecraft in the first place, David tries to persuade Michael to give up his life in order to save the original crew. David considers himself to be more vital to the journey, and logically, he is correct.

Kendrick’s character, on the other hand, is a really interesting one. Zoe feels there is another solution, a way for them all to live. She’s also correct, but this is their final chance to save all four individuals on board, and the mission is hazardous. Two spare tanks of liquid oxygen rocket propellant (LOX) are located outside the ship, and Zoe and David embark on a dangerous journey to get them. When a solar storm strikes, their mission is jeopardized. Zoe and David rush back to the ship with one oxygen tank, but Zoe spills it, leaving them without any.

The crew’s chances of survival are dwindling, and there’s just enough oxygen for two individuals remaining. The other oxygen tank they tried to recover is still attached to the spacecraft, but the solar storm is raging outside, and anybody who tries to leave is committing suicide. Fortunately, one individual stands up to put their life on the line for the sake of the others.

In Stowaway, who is left?

Faced with her impending death, Zoe chooses to go grab the final oxygen tank and save her people. Perhaps she does this because she is the one who has been pressing to save Michael and find a solution to the oxygen crisis, or perhaps she is blaming herself for losing the oxygen tank when the storm hit. While we don’t know why she does it, Zoe accepts responsibility for her crew’s lives and swears to complete the task.

Zoe dons her spacesuit once more and walks back out of the vessel, saying farewell to David, Marina, and Michael. As the solar radiation starts to harm her, she successfully secures the oxygen tank for her crew. While Zoe does not die in the film, the radiation quickly kills her skin. Finally, Zoe sits down and accepts her mortality, gazing out into the vastness of space.

“Stowaway” does not tell whether or not the remainder of the crew survives long enough to return home. Hopefully, Zoe’s death was not in vain, and Marina, David, and Michael will be able to survive the remaining oxygen.

While certain scientific mistakes are to be expected in a film about future space technology like “Stowaway,” the film’s theoretical physics of enhanced space travel is really remarkably accurate. This is most likely due to Penna’s decision to confer with professional astronomy specialists.

Penna enlisted the support of a YouTuber named Scott Manley, as well as NASA and working astronauts, to assist with the film’s science. Manley has a master’s degree in computational physics and works as a software developer at Apple Inc, but in his spare time, he enjoys researching and talking about astronomy (LinkedIn). Manley even has an asteroid named after him as a result of his ongoing contribution to astrophysics via his YouTube channel (The International Astronomical Union).

Overall, “Stowaway” does an excellent job of depicting a suspenseful and emotional drama that is both credible and affecting. It is based on current astrophysics and hypotheses.