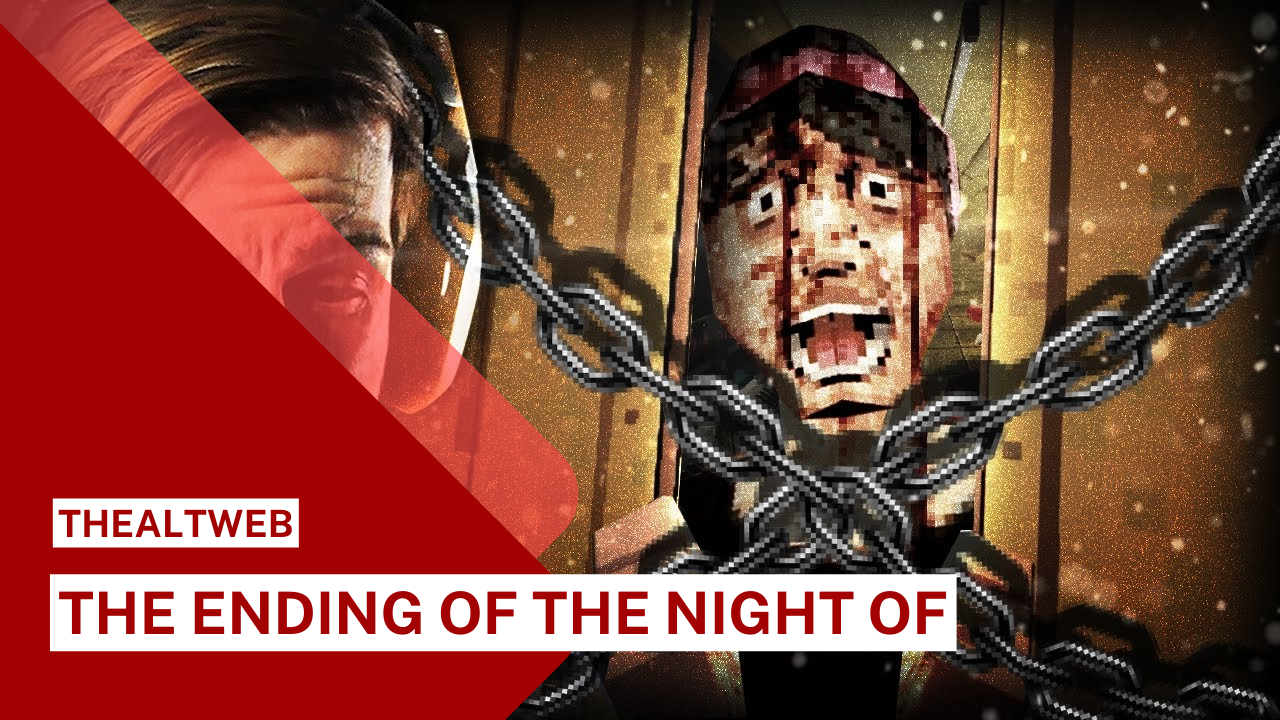 The Ending Of The Night Of – EXPLAINED!

Nasir “Naz” Khan, a Pakistani-American college student, opens The Night Of in New York. Nasir isn’t above a little mischief, but the night of October 24, 2014, when he was out with friends, changed his life forever. Andrea Cornish, a white lady, got into the off-duty cab he had borrowed from his father.

Nasir is forced out of his comfort zone by Andrea, who claims she can’t spend the evening alone, by giving him narcotics and taking him back to her house. The couple engages in additional drug use and sex in her opulent house. Nasir awakens later in the kitchen. When he goes upstairs to tell Andrea that he must go, he discovers her dead corpse covered in blood and stab wounds. After leaving the site of the crime, Nasir is quickly taken into custody for Andrea’s murder.

Andrea’s murder was either committed by Nasir or a thief who broke in and killed her in the dead of night. That is what the world has been attempting to understand for the past eight episodes. Heavy spoilers for The Night Of are ahead: the conclusion is still a mystery after eight episodes.

The Night Of: Who Killed Andrea?

For better or worse, this program provides viewers with a window into the functioning of the legal system. It makes an effort to make things clearer and tell a story. Unfortunately, after eight episodes, neither the truth of what actually happened to Andrea Cornish nor the guilt or innocence of Naz has been revealed. If anything, according to what he did while incarcerated, he enters jail innocent and departs guilty, but the impression of his arc changes depending on whether he is innocent or guilty. Here is an explanation of The Night Of’s conclusion.

Does The Night Of have a real-life basis?

The Night Of is based on the first season of the 2008 British television series Criminal Justice, not a real-life event.

The Wall Street Journal quoted show creator Steven Zaillian as saying: “He is a white child in the British series since the majority of cab drivers are white. In New York City, the majority of taxi drivers are not… The entire show was impacted by just one choice.”

Making Nasir a Muslim American contributes to the investigation of how racial prejudice impacts the American criminal justice system. It’s intriguing to speculate what would have occurred if Nasir wasn’t of Pakistani origin, even if the public will never know. Yes, there was a tonne of evidence against him, but would his case have been handled differently if his parents had been, say, white? The race is one of several underlying concerns in The Night Of, despite the fact that the major plot is upon who killed Andrea.

This story has a lot of tension, but Andrea’s cat’s adventure provides a great change of pace and some lighthearted comfort. Fans may have forgotten the cat’s final destination, who happens to be the last figure to appear on screen, despite the fact that it isn’t as significant as other plotlines — unless, of course, you think the cat was a metaphor for Nasir, the crucial witness, or some other weird predicament.

The first thing we see is Andrea’s owner letting her cat out. When John Stone, an attorney, examines Andrea’s house, he finds the cat. After bringing the cat to an animal shelter, John later comes back to take the cat home. John makes an effort to adopt the cat out to other individuals but ultimately returns the orange and white furball to the shelter since he suffers from asthma, allergies, and eczema.

In the series finale, John is shown leaving his apartment while an advertisement for the American Society for the Prevention of Cruelty to Animals is playing. A short while later, with all human characters off-screen, the mysterious monster may be seen roaming the residence. John kept the feline (or adopted a similar one).

The psychological impact of incarceration on Nasir Khan

When Nasir Khan is released from jail, he is a very different guy than when he first arrived. At the beginning of the series, Naz is depicted as a nice guy, but he actually harbors secrets and anger that are exposed via his behavior in prison and his past of physically harming two people when he was younger.

Nasir hides behind Freddy Knight, a former boxer and an impenetrable prisoner who seems to govern Rikers Island, because of fear of getting hurt while there. Despite not having been found guilty of the acts he committed while incarcerated, Nasir leaves with a criminal history.

In jail, Nasir develops an addiction. He transfers a guy to the ICU. He works out, gets tattoos, and shaves his head. He likely finds a fresh prisoner to smuggle narcotics for Freddy while simultaneously smuggling drugs himself. Not to add that he smuggles narcotics in front of his attorneys, he even hires a lawyer to do it for him. The saddest part of it is that Nasir distracts Freddy from killing another prisoner.

He seems to prefer his life in jail over his one outside as he becomes closer to Freddy. Ironically, given that he is now incarcerated, he finds a feeling of purpose in prison since he is no longer constrained by his parents and society’s norms.

Whether Naz engaged in all of these activities as a means of surviving jail or because a darker part of him had always existed, his experience at Rikers has changed him.

Both Naz and John Stone suffer from asthma. But during the entire series, John struggles with eczema, making several medical visits and beginning countless therapies. John adopting a cat doesn’t make his situation any easier.

John’s eczema grows better as his life seems to get better, primarily because he takes on a case that is above his capabilities. He switches in his Crisco-covered, saran-wrapped, sandal-clad feet for formal shoes, which at one point seemed even more absurd than clearing Naz.

Unluckily, just as he is getting ready to make his closing arguments—possibly the most crucial part of his career—he experiences a revival.

The last time we see John, he has an eczema-covered face, is at home accepting a call from one of his typical $250 customers despite the fact that his closing arguments are effective and contribute to the split result. When the episode is over, he is back where he started in more ways than one, having helped liberate Naz and probably become wealthy as a result of the case.

The role of the stepfather

Andrea’s stepfather, Don Taylor, occasionally seems to be the murderer. If he doesn’t contribute to her demise, then his function is to divert the plot of the programme and introduce a new aspect. He’s essential for demonstrating that Andrea is flawed by bringing up her drug use.

Related – The Ending Of Kingdom: Ashin Of The North – EXPLAINED!

Most significantly, at the burial, Don is seen fighting with financial advisor Ray Halle. It becomes evident as the narrative develops that Don is still alive and has re-entered Andrea’s life because he is attempting to collect on the inheritance of Andrea’s mother Evelyn, who left them both the $10 million house when she passed away. Don now has Evelyn’s fortune since Andrea is no longer here. 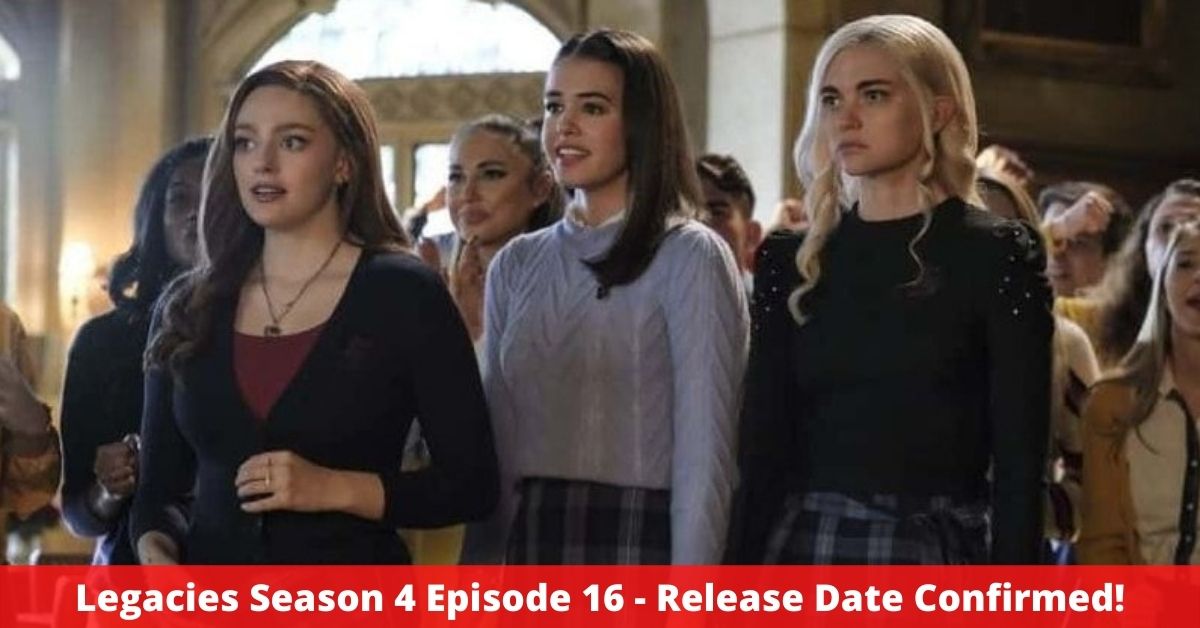 Season 4 of Legacies has had a series of trouble. Fans will… 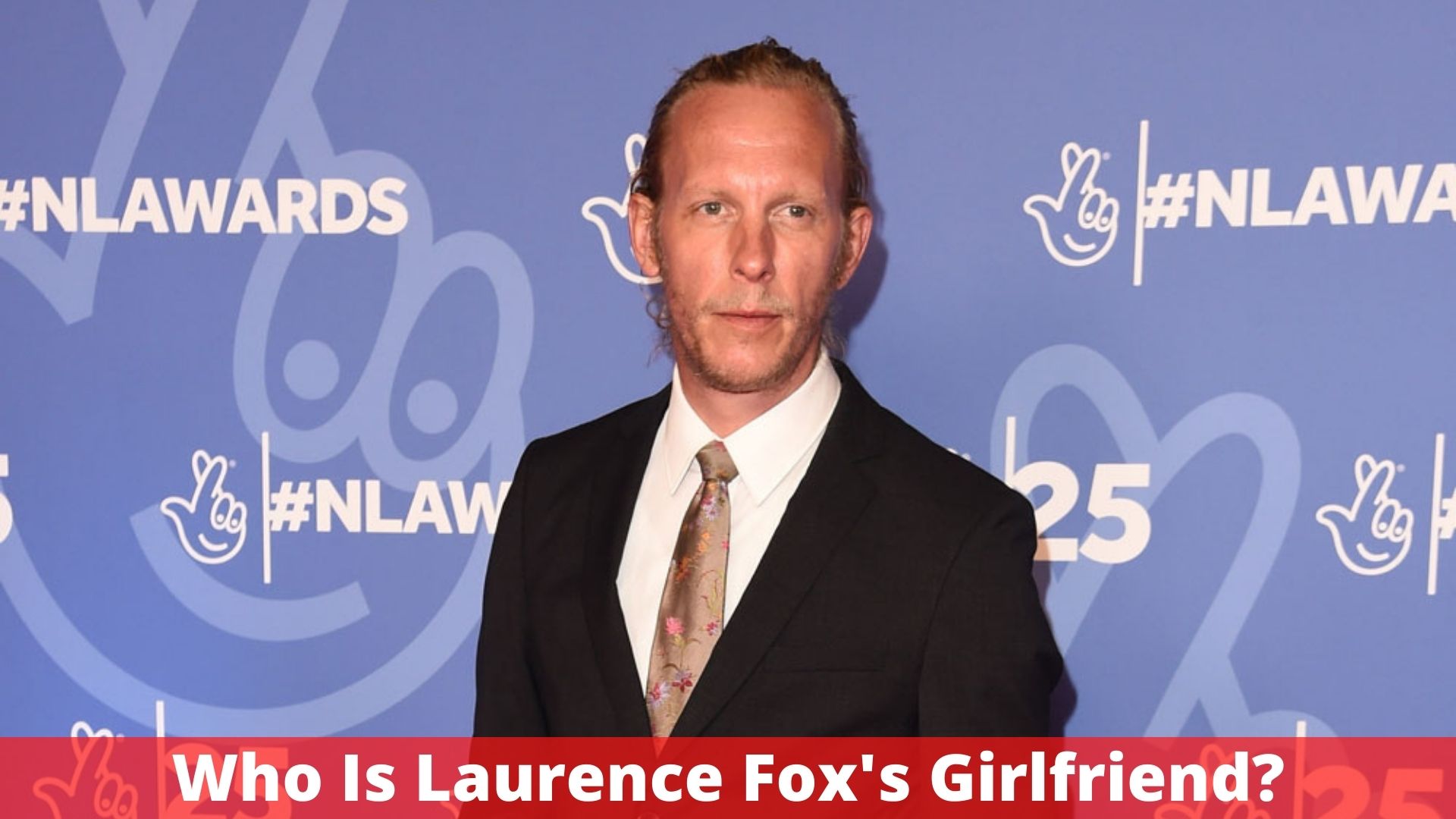 Laurence Paul Fox born in 1978, is an English actor and political… 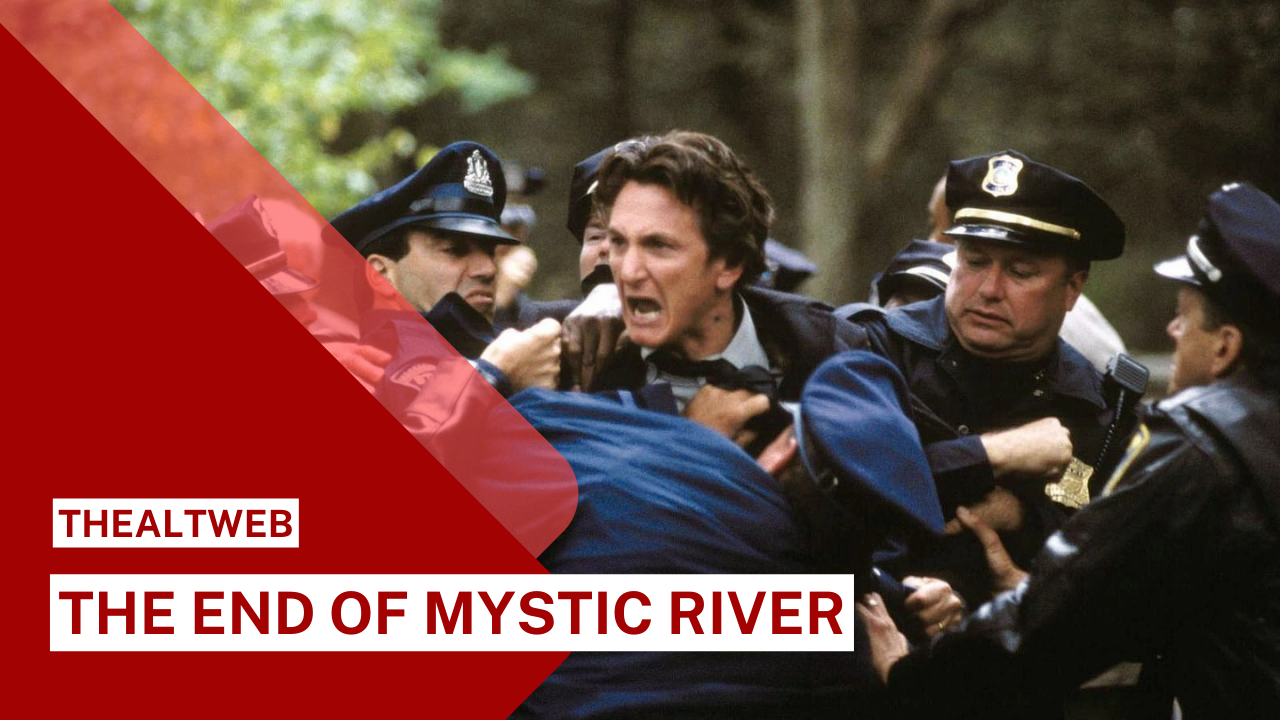 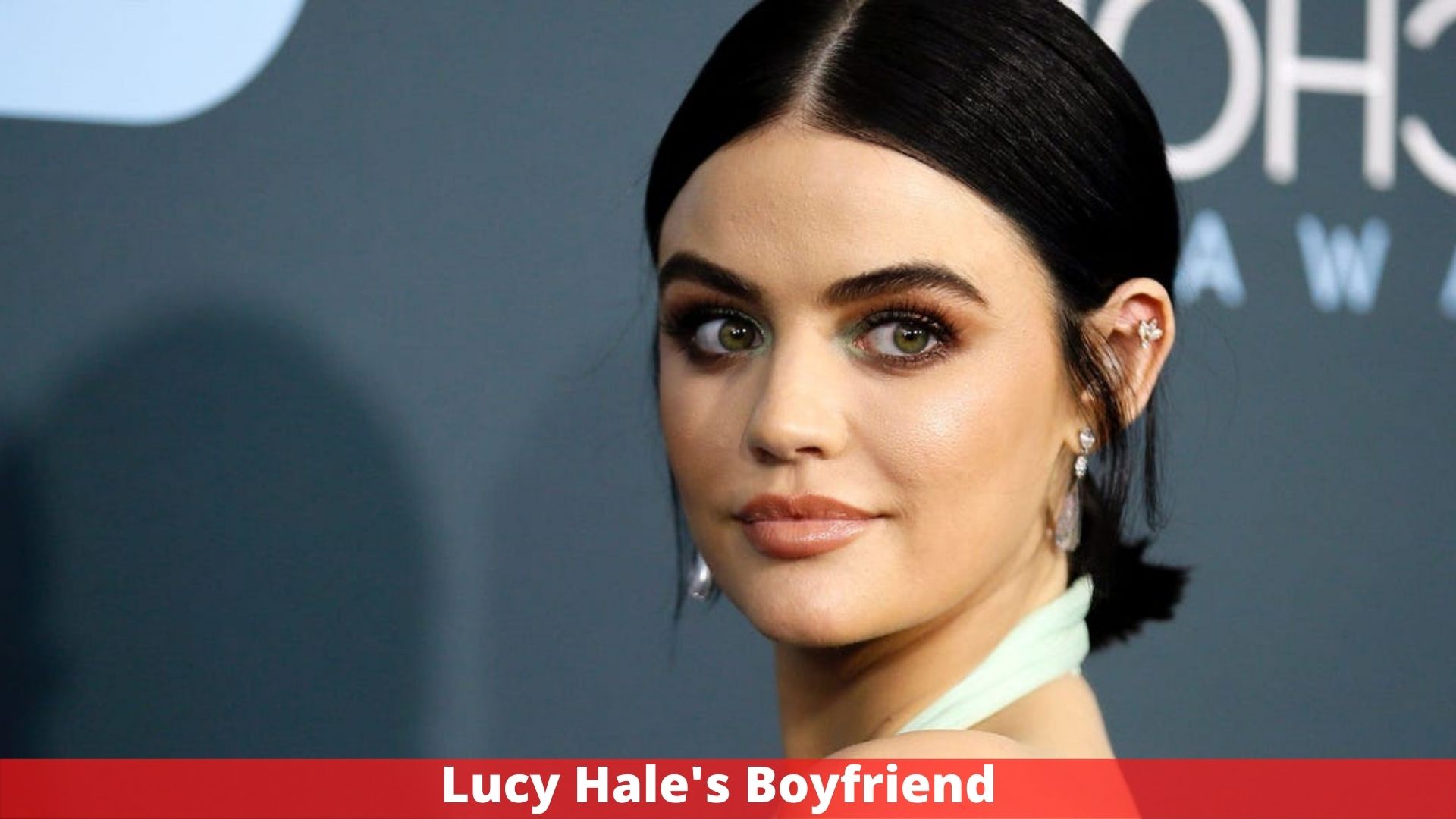 Karen Lucille Hale was born in Memphis, Tennessee, the United States on…