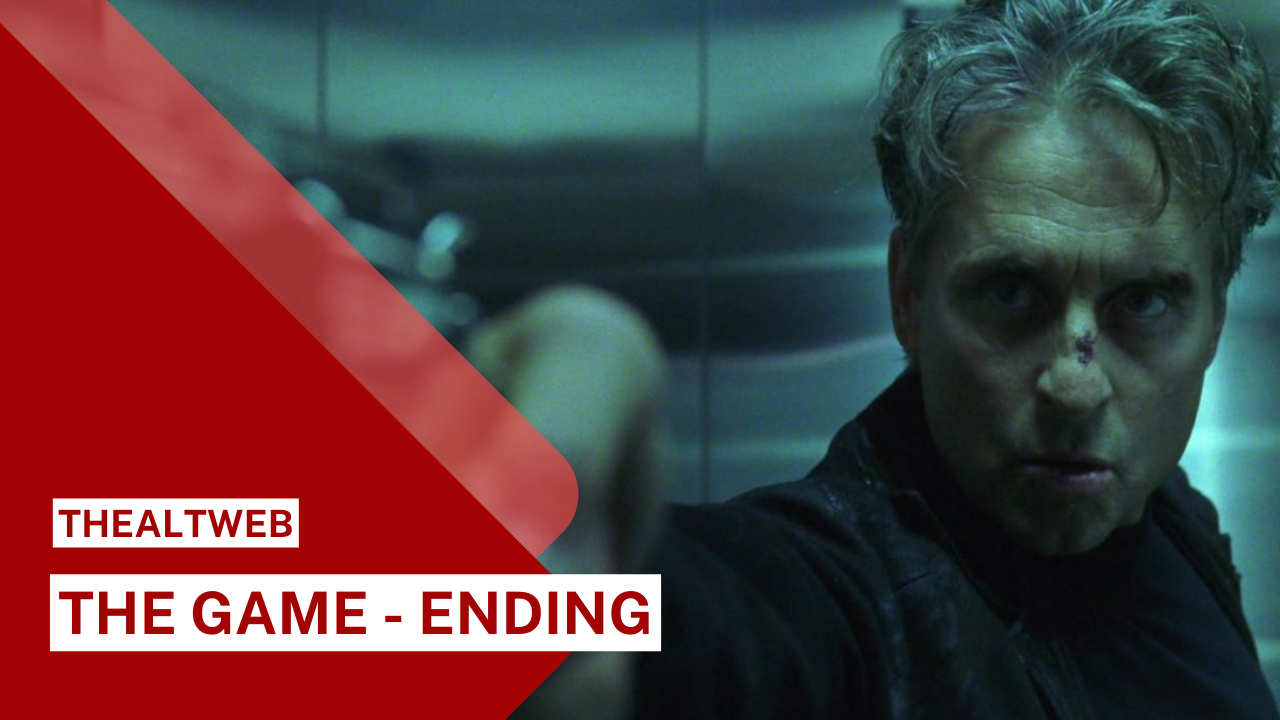 The Game, directed by David Fincher and released in 1997, was a moderate commercial success, but its growing feeling of dread and paranoia thrilled film critic Roger Ebert, who gave the picture a favorable review. It now has a 74 percent Rotten Tomatoes rating, despite being eclipsed by Fincher’s earlier works such as Fight Club, Zodiac, and The Social Network. Despite this, The Game is a good mystery thriller, with a great ensemble (including Michael Douglas, Deborah Kara Unger, and Sean Penn) and an intriguing premise.

The Game, on the other hand, is one of the most unpredictable films of all time, with assassins, conspiracies, and sophisticated extortion schemes. And the movie makes you wonder what’s real, what’s not, what’s safe, and what’s hazardous the entire time. So it’s natural if you’re left scratching your head as to what precisely transpired at the conclusion of it all. Don’t worry if you’re still unsure about what happened. We’ve got you covered. We took a deep dive into David Fincher’s enigmatic thriller, and now we’re here to break down The Game’s conclusion.

Nicholas is a very lonely guy at the start of The Game.

Let’s gain our bearings first. Nicholas Van Orton (Michael Douglas) is the primary character of The Game, and he is a wealthy but miserable banker. Nicholas is like a “good-looking Scrooge,” as Fincher himself once said. The man lives alone in his large house, alienated from his ex-wife and brother, who are the only people who have ever truly known him. Nicholas takes a call at work, and his secretary says, “I have an Elizabeth on line three,” to give you a sense of what he’s like. “Your wife, sir,” another staffer repeats a few seconds later as if Nicholas was having problems remembering. “I know who it is,” he says coldly.

He has no significant relationships at work, and his life is lonely and empty even when he is not working. Nicholas spends his 48th birthday evening eating a reheated burger and watching television. This birthday is especially troubling since his father committed himself when he was the same age, and he did it in the same mansion where Nicholas currently resides. Nicholas is depicted as having an unfulfilling existence, tormented by his father’s suicide and with nothing but death to look forward to in the film. But everything changes when he receives a unique birthday present.

The strangest birthday present ever

Nicholas has relatives, most notably his brother Conrad, despite the fact that he spends his days and nights alone (Sean Penn). Granted, the two are diametrically opposed — Nicholas is reserved, while Conrad is gregarious — and they don’t speak much. Despite this, Conrad pays Nicholas a visit on his birthday and presents him with an unusual gift: a certificate for “the game.” Conrad argues that it will make a positive difference in Nicholas’ life, almost as if he has played the game before. Nicholas is first hesitant, but he finally agrees to take part.

Nicholas must visit the offices of a strange corporation named Consumer Recreation Services to join up for the game, where he must complete a series of weird tests. The rules of the game are never fully explained during the weird, convoluted procedure, and he is forced to answer a series of personal, psychological inquiries. Nicholas is naturally annoyed by the duration of these laborious examinations and the lack of explanation as to what is going on, and he becomes even more enraged when he finds that his application has been denied. Nicholas, enraged, returns to his usual life… or so he thinks.

The game of Nicholas begins.

Despite the fact that Nicholas’s application was denied by Consumer Recreation Services, we soon hear that the corporation is moving through with its plans. And boy, do they get the game started in a scary, intimidating manner. Nicholas gets home after a long day at work, but as he pulls into his driveway, he notices what seems to be a dead corpse in front of his mansion.

As we come to one of the most iconic sequences from the movie, Nicholas carries the doll in, places it in his living room chair, and watches the news. While Nicholas is looking for clues in the doll, the reporter on the screen begins a video conversation with Nicholas (which, remember, would have been pretty novel in 1997). Nicholas is understandably terrified. What is the news anchor’s strategy for using his television in this manner? How do they keep track of Nicholas’ every move? He discovers a small camera inside the clown doll. Nicholas — and the audience — realize that Consumer Recreation Services is a strong, if not omniscient, institution.

Nicholas’ life is fully engulfed by the game.

Nicholas is still unsure of the game’s rules — or even it’s objective — but one thing is certain: everything begins to go horribly wrong for him. His pen leaks ink all over his clothes, his bag won’t open during a crucial meeting, and a waitress dumps a plate all over him. Nicholas begins to suspect Consumer Recreation Services is behind it all, and he becomes increasingly suspicious. Is the man in the stall who is begging for toilet paper a stranger in need or a CRS employee?

Viewers, like Nicholas, are torn between what is genuine and what is staged by Consumer Recreation Services. For example, he receives an obviously game-related message ordering him to follow a server called Christine outside a restaurant, but Christine does not appear to be playing along. Before Nicholas calls for an ambulance, a guy begins to die in the middle of the street, but he wonders, “How do we know he’s for real?” He finally decides to ride to the hospital to complete our paperwork. “Are the sirens really necessary?” Nicholas asks, insisting that he sees right through all of the manufactured happenings and acting. But it all feels so genuine at the same time.

Nicholas is still being thrown around in many ways after his escapade with Christine. Consumer Recreation Services appears to have no concern for limits, as the firm breaks into Nicholas’ house and vandalizes it. However, as the film develops, Nicholas begins to suspect that the game isn’t actually a game and that he may be in danger…

Consumer Recreation Services looks to be a corporation that provides intricate services to the rich, but we now feel that this is a ruse and that the organization’s ultimate aim is to defraud its clients. Nicholas begins to realize that he’s given CRS a lot of sensitive information, including his signature, credit card, and even details on how to access his bank accounts, as he thinks on his adventures. Nicholas gets imprisoned inside a taxi cab, pushed into a body of water, and almost drowns shortly after this terrifying experience with Conrad.

Nicholas seemed to have lost everything.

Nicholas realizes the game is a major threat to his wealth, reputation, and life after his near-death experience. He summons the cops to look into Consumer Recreation Services, but the company’s headquarters, which he had previously visited, is now deserted. He hunts down Christine, the waitress he met earlier, believing he must take matters into his own hands. Nicholas feels she has the secret to persuading the firm to back off and restore normalcy to his life. Christine is, in reality, a Consumer Recreation Services staffer, he finds.

She appears sympathetic to Nicholas at first, explaining how the game works and how it’s all a ruse to steal his money. Those psychological exams he took a few weeks ago? They planned to collect information from him in order to guess his bank account passwords. Nicholas panics and phones his bank, giving the security code to check on his funds. Christine then administers the medicine to Nicholas, admitting that she had been waiting until they received the code.

Nicholas wakes up in Mexico, his bank accounts depleted, his house repossessed, and no one to believe his wild ravings about a shadow organization known as Consumer Recreation Services.