All You Need To Know About The Good Doctor Season 6! 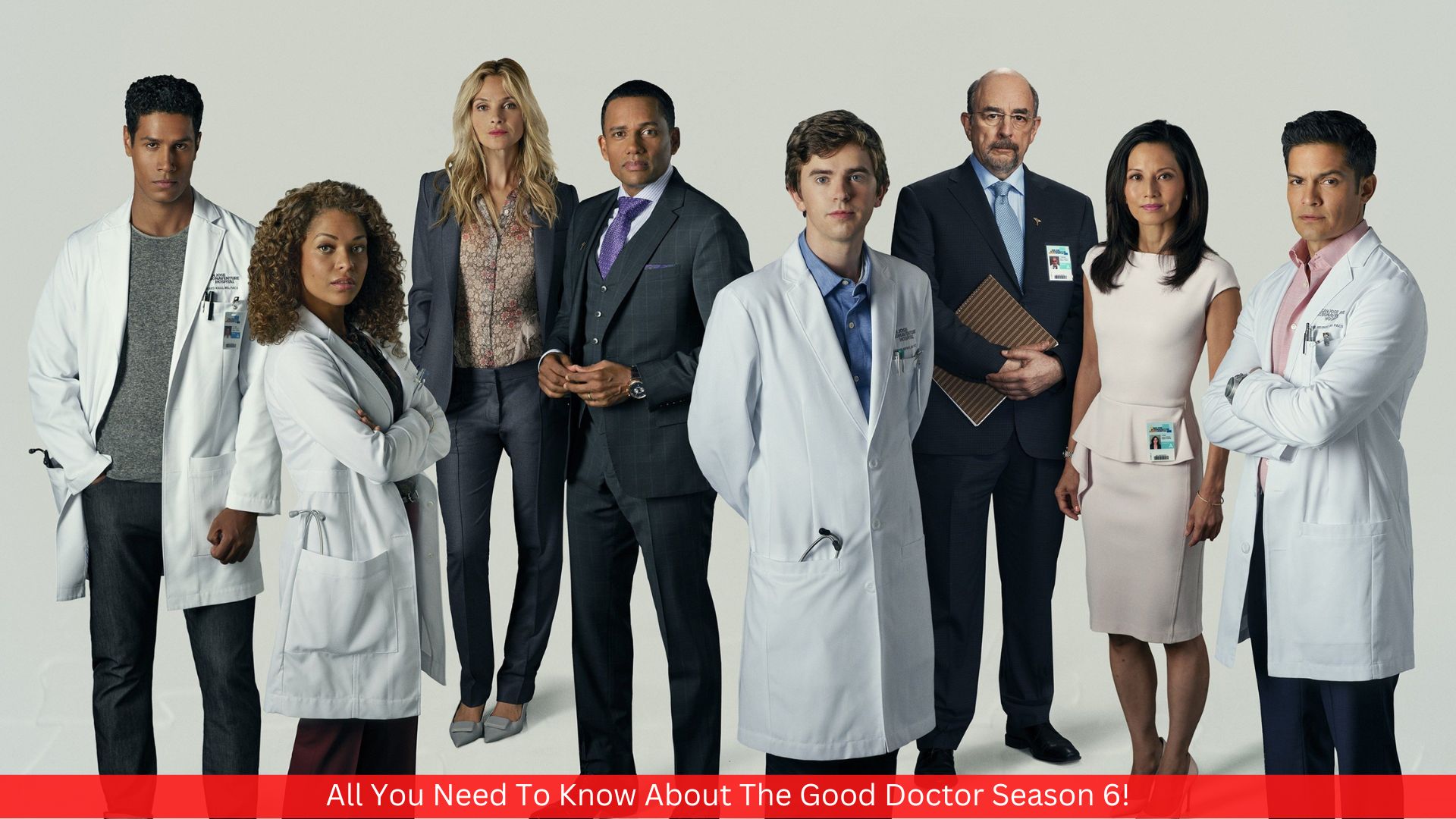 The first episode of The Good Doctor came out in 2017, and the show is now in its sixth season. We’re excited about the return of the hit medical drama series, which keeps us on the edge of our seats. Here is everything you need to know about The Good Doctor’s sixth season.

The Good Doctor is on break right now. On Monday, January 23, all-new episodes will start airing. The UK can now watch Season 6 of The Good Doctor. New episodes air every Tuesday at 9 p.m. on Sky Witness. This week’s episode is from Season 6, Episode 7.

For season 6 of The Good Doctor, we can expect to see the following regulars: Dr. Shaun Murphy is a role played by Freddie Highmore. Highmore has won the Empire Award for Most Promising Newcomer, been nominated twice by the Screen Actors Guild, and been named twice by the Film Critics Association as the world’s best young actor.

He is known for movies like Two Brothers, Women Talking Dirty, Finding Neverland, Charlie and the Chocolate Factory, A Good Year, the Arthur and the Invisibles trilogy, August Rush, The Spiderwick Chronicles, Toast, The Art of Getting By, Bates Motel, Close to the Enemy, The Journey, Way Down, and Leonardo.

Also read: What Is Asmongold Net Worth? Details Inside!

Richard Schiff plays Dr. Aaron Glassman. He has been in other movies and TV shows like Ballers, House of Lies, Clemency, The Affair, and The Lost World: Jurassic Park. The actor is best known for his role in The West Wing, for which he won the Emmy for Best Supporting Actor and got three nominations.

In the show, Paige Spara plays the role of Lea. Spara’s role in The Good Doctor was her big break, but she has also been in Kevin from Work. Dr. Audrey Lim is played by Christina Chang. Chang has been a guest star on a number of well-known shows, such as Nashville, Desperate Housewives, 24, and Rizzoli & Isles. She has also been in movies like “Random Hearts,” “28 Days,” “Deadline,” and “Girls Club.”

Wilfred, the FX show where Fiona Gubelmann plays Dr. Morgan Reznick, brought her to the public’s attention. She has also been in the TV shows Mad Men, New Girl, Modern Family, The League, and Parenthood. The actress has been the main character in several Hallmark movies, including Christmas Next Door and Royally Ever After.

Will Yun Lee has played Dr. Alex Park in a number of TV shows, including Altered Carbon, Falling Water, Hawaii Five-0, Strike Back, and True Blood. On the big screen, he was in Rogue Warfare, Wish Dragon, Rampage, San Andreas, Spy, The Wolverine, Red Dawn, and Total Recall.

The official summary of the series is as follows: “Dr. Shaun Murphy (Freddie Highmore), a young surgeon with autism and savant syndrome, has worked hard to show his colleagues that his exceptional medical skills will save lives. In Season 5, Shaun has to deal with more uncertainty as St. Bonaventure goes through a big change and he plans his wedding. At the same time, the rest of the team has to deal with life-or-death situations while their relationships are changing.

Also read: Who Is Tim Scott? Know All About His Personal & Professional Life!

Is There Any Official Trailer Of Good Doctor Season 6?