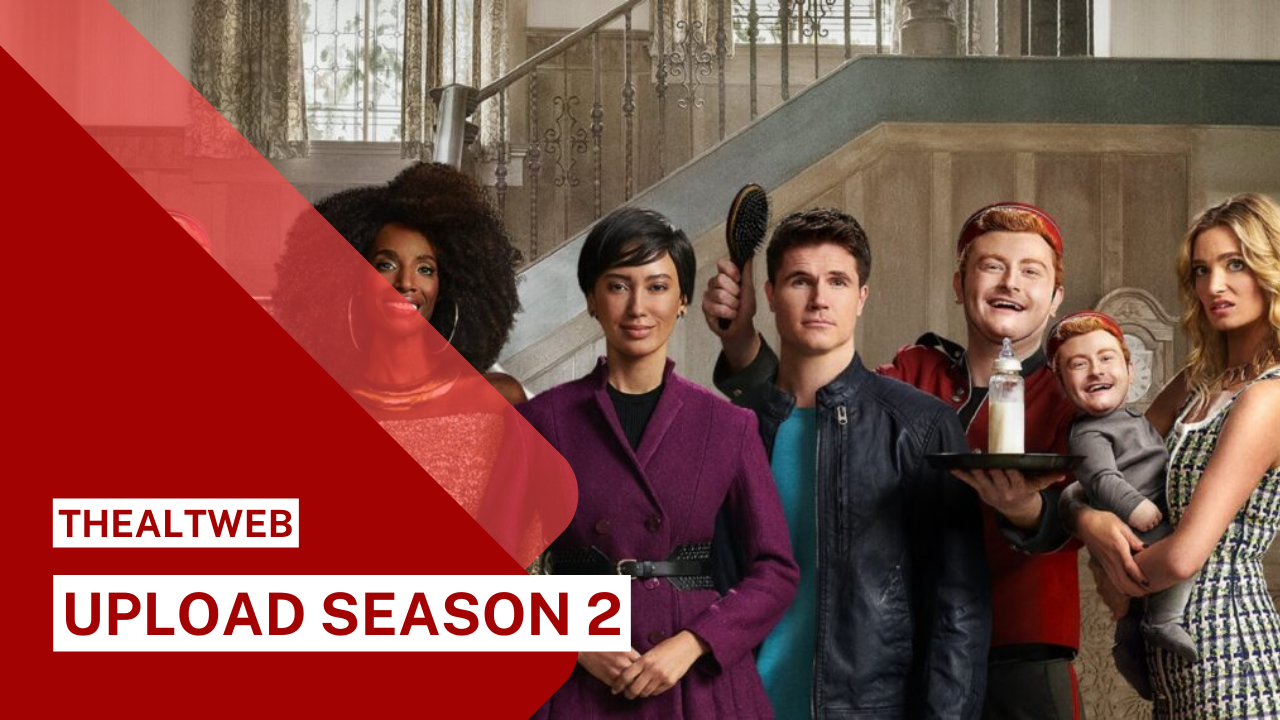 Don’t you wish you had the option of choosing your own fate? Upload, the sharp and colorful comedy from writer-producer Greg Daniels, the guy behind the American versions of The Office, Parks, and Recreation, and Space Force, is based on that premise. The sci-fi parody imagines a future where individuals pay to be uploaded into their ideal afterlife. Is it, however, truly ideal?

Nathan (Robbie Amell, of Code 8 and The Flash) dies in a strange self-driving vehicle accident and is uploaded to Lakeview, a high-end afterlife where he’s expected to wait for his on-again, off-again girlfriend Ingrid (Allegra Edwards), who’s paying for his stay. He must navigate through digitally controlled weather and virtual breakfast buffets while attempting to adjust to his new surroundings and determine whether he was murdered as a result of a free afterlife app he invented.

Nora (Pitch Perfect 3’s Andy Allo), a real-life customer care worker who is also known as a guardian angel, is assigned to him to assist him to navigate this new world. Nora rapidly becomes an ally — and a love interest.

Season 1 closes with Nathan finding out more about what may have caused his death, putting Nora in jeopardy and forcing her to flee. Meanwhile, Ingrid appears in Lakeview, having uploaded herself so that they may be together forever, despite the fact that he broke up with her.

Many people were left wondering if a second season will be made due to the confusing conclusion. They’ll be relieved to learn that the Upload has been extended. What we know thus far regarding Season 2 is as follows.

When will Upload season 2 be available?

Upload’s first season launched on Amazon Prime Video on May 1, 2020, and it was renewed for a second season in less than a week. Amazon Studios’ Jennifer Salke stated in a statement at the time, “Greg Daniels’ brilliant, cinematic comedy, Upload, is brimming with mystery, and it has certainly thrilled our Lakeview consumers. We know our global followers are eager to see what happens next with Nathan and Nora… and we’re thrilled that Greg’s passion project has attracted such a large following.”

No release date has been set, and it’s reasonable to assume we won’t be seeing any new episodes anytime soon, given that Hollywood (and the rest of the world) is still shut down as a result of the COVID-19 issue. The production schedule for the first season, which was first approved by Amazon in 2018, may reveal further information. Of course, a second season shouldn’t take as long to launch, so 2021 is a distinct possibility. Amell recently told CBR that the writing team is hard at work on season 2’s scripts and that they aim to start shooting in Vancouver in January 2021, indicating that a streaming release later that year has now become more feasible.

We’re going to cross our fingers and hope for the best.

Who will appear in the second season of Upload?

It’s safe to assume that the main cast of Upload will return for Season 2 — Nathan, Nora, and Ingrid aren’t leaving, so Amell, Allo, and Edwards will be back as well. Daniels’ involvement in his “passion project” is also a given. What about further down the road?

We can assume that most of the secondary cast will return because Upload didn’t lose any on-screen characters during the first season. Perhaps a few of them will take on larger roles on the show in the future.

Nathan’s afterlife pal Luke (Kevin Bigley) and Luke’s “angel” Aleesha (Zainab Johnson) have established themselves as series regulars, so we can expect to see them even more in season 2. With the murder mystery heating up, expect to see more of Ingrid’s suspicious father (Barclay Hope) and Nathan’s business partner (Jordan Johnson-Hinds). We don’t know much about Nora’s ailing father (Chris Williams) or her real-life love interest Byron, on the other hand (Matt Ward).

What happens in Season 2 of Upload?

Given the first season’s cliffhanger ending, the second season could go in a variety of directions. However, we fully expect to learn who — if anyone — murdered Nathan, and a significant portion of season 2 will likely be devoted to this storyline. Ingrid’s move to Lakeview to pursue Nathan provides plenty of fodder, as Nathan is likely more concerned with Nora than with patching up his relationship with his vapid ex-girlfriend.

Daniels revealed in an interview with Digital Spy that he’d been planning season two for years. “I had two seasons when I pitched Upload in 2015,” he explained. “I could see it going on for a while longer than that. It’s not supposed to be just ten episodes, but it’s also not supposed to be 100. The Amazon guys kept telling me to “think of it as a five-hour movie” while I was working on the first season. As a result, I attempted it. We’re [working on] a second season right now, but we’ll see how recent events affect things.”

Daniels and a few members of the cast mostly focused on illuminating certain aspects of the first season during a recent Comic-Con@Home 2020 panel dedicated to the show. “We’re right in the middle of writing it, so I don’t want to get into too many specifics in case the plans change,” Daniels said when asked directly about what he had planned for Season 2. He did go on to tease that he plans to introduce some exciting new technology, which we can all speculate about.

Following that, Amell told CBR that he expects Season 2 to feature some of the first season’s standout supporting cast members.

“This season, I believe you’ll get to see a little bit more of the supporting characters, which is fantastic because Zainab [Johnson], Kevin [Bigley], and Allegra [Edwards] are all hilarious and talented. I’m looking forward to seeing more from them, and the show ended on a big note for many of the characters, so I’m looking forward to seeing where it goes “According to Amell, “I know we’re in good hands, and you never know how a show will be received,” she says.

“My cast and I are so grateful and excited for all of the fans, and we’ve had so much fun sharing the show with them that I still get people finding the show today.”