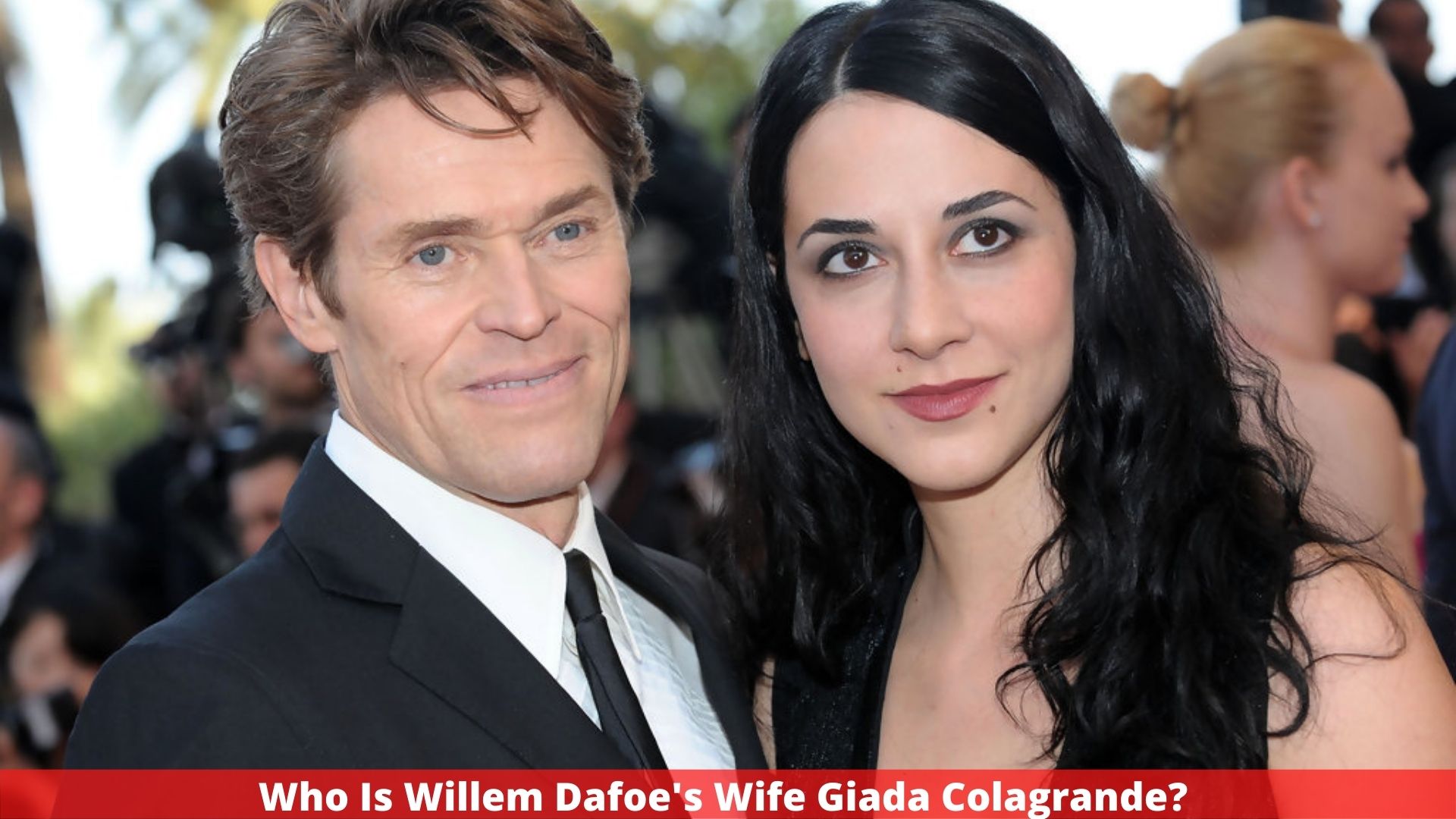 WILLEM Dafoe is an award-winning American actor who has starred in a number of films.

Giada Colagrande, his wife, and he have been married since 2005.

Giada Colagrande is an Italian film director and actress who was born on October 16, 1975.

Giada went to Rome in 1995 to start her filming career, working on movies on contemporary art.

From 1997 to 2000, she was a part of the VOLUME art project. A series of video portraits of several artists, including Jannis Kounellis and Sol LeWitt, are included in the project.

Giada’s debut feature film, Aprimi il Cuore, premiered at the Venice Film Festival in 2001, and she wrote, directed, and starred in it.

Giada received the Prix de l’Avenir award in 2003 after screening her picture at a number of festivals.

Before It Had a Name, her second film was released in 2005. Willem Dafoe, her husband, co-wrote and co-starred in the picture.

In 2010, Giada released her next film, which again starred Willem Dafoe.

She then went on to work on The Woman Dress, a short film for the Prada series The Miu Miu Women’s Tales, and a documentary about opera director Robert Wilson’s life.

The Abramovic Method, PADRE, Pasolini, and Castello Cavalcanti are among Giada’s other credits.

How Long Have Giada Colagrande And Willem Dafoe Been Together?

Willem Dafoe and Giada Colagrande met at the Rome premiere of one of her films and married one year later on March 25, 2005.

Only two acquaintances were present at their wedding, which was held in an intimate setting.

Dafoe dated director Elizabeth LeCompte from 1977 to 2004 before marrying Giada. They have a son together named Jack.

Willem and Giada split their time between New York, LA, and Rome.

What Is Willem Dafoe’s Net Worth?

Willem Dafoe is an actor who has been in films such as “To Live and Die in Los Angeles,” “Platoon,” “The Last Temptation of Christ,” “Shadow of the Vampire,” “Spider-Man,” and “The Florida Project.” Willem Dafoe’s net worth is $40 million as of this writing.

Willem Dafoe was born on July 22, 1955, in Appleton, Wisconsin, to Muriel and William Dafoe and their eight children. He is descended from Scots, French, English, Irish, and German ancestors. Dafoe attended Appleton East High School as a teenager. He went on to the University of Wisconsin – Milwaukee to study theater. After a year and a half in college, Dafoe moved to Milwaukee to join the experimental theater group Theatre X. He then relocated to New York City in 1976 to work as an apprentice under avant-garde theater director Richard Schechner, founder of The Performance Group. Dafoe co-founded The Wooster Group with Elizabeth LeCompte, Jim Clayburgh, and others after leaving The Performance Group.