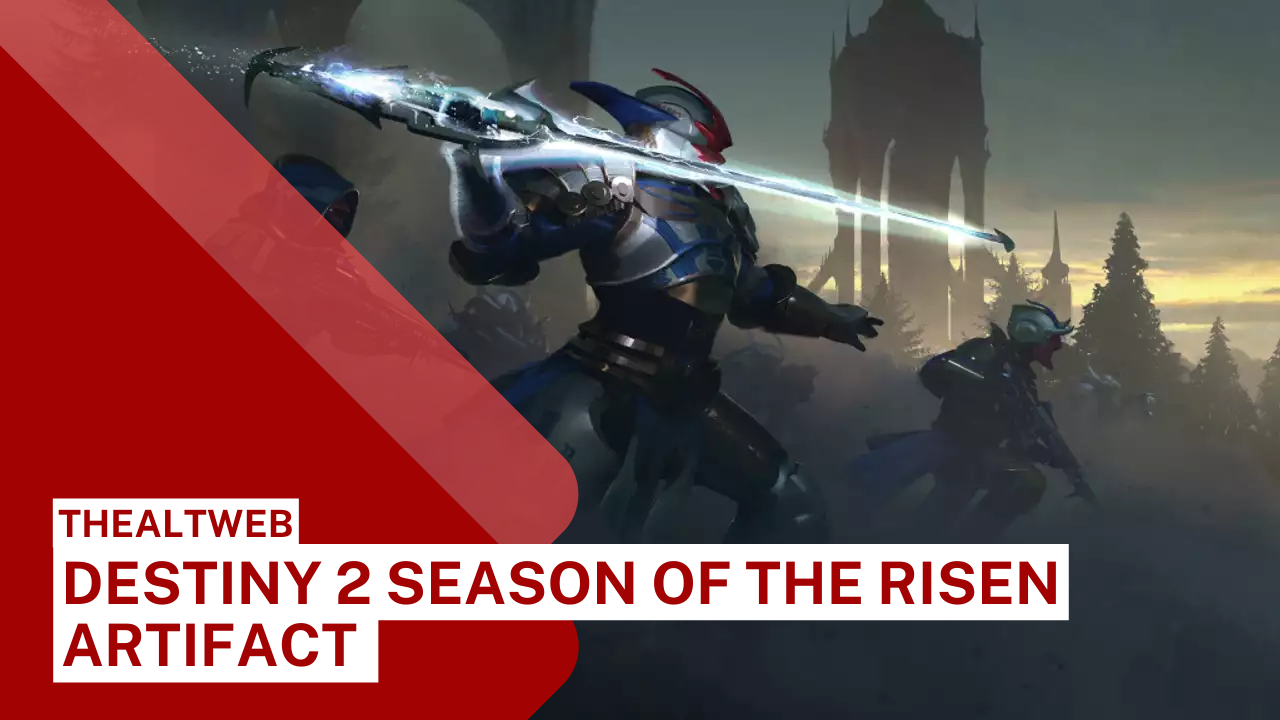 With The Witch Queen DLC, Destiny 2’s newest chapter has arrived. Season of the Risen has begun, along with the widely anticipated entrance of Savathun as the game’s nemesis.
Season of the Risen, which introduces a new season pass, events, and missions to accomplish, is a significant undertaking for Guardians to complete over the following three months.

A shiny item always comes with the start of a new season. If you’re unfamiliar with Destiny 2, the artefact is a tool that, after grinding and collecting XP, rewards you with modifications that you can use to improve stats, develop builds, and, most importantly, defeat Champions.

Furthermore, upgrading the artefact adds extra Power to your current gear’s base attributes, making it an excellent method to keep developing beyond the hard cap.

How To Unlock The Seasonal Artifact For Season Of The Risen

Previously, gamers had to be cautious when choosing which modifications to unlock because there were only so many available. Starting in Season 16, you’ll be able to unlock all of them, making the grind more about efficiency than just getting the greatest ones.

Season of the Risen modifications for Destiny 2

The Synaptic Spear is the artefact this time. The Spear, like Ghaul’s cage during The Red War, is a Light-suppressing object in lore. It’ll come in help while fighting with Savathun’s Light-induced Hive army, the Lucent Brood.

Enough with the backstory; here are all of the modifications accessible through the Season of the Risen artefact.

Suppressive Darkness – When you suppress a fighter, you weaken them for a brief period, forcing them to suffer more damage.

Energy Vampirism – When you suppress a target, you gain energy for your least-charged ability.

Picking up a Void elemental well offers you Volatile rounds for your Void weapons.

Casting your Void Super while critically injured or benefiting from Devour boosts the damage you deal with that Super.

Suppression Mastery – The length of the suppression effects you generate has been boosted.

Unshielded opponents are stunned by solar melee skills. Strong versus the Unstoppable Champions of [Stagger].

Glaive Suppression – Suppressing fighters with your Glaive prevents them from using abilities for a limited period.

Lucent Finisher – Using your finisher to defeat a Lucent Hive Lightbearer or Champion creates Heavy ammunition for you and your teammates.

Increases the length of the Land Tank Origin Trait and the impact of the Häkke Breach Armaments Origin Trait with Psionic Forging II.

Picking up an elemental well with the same energy type as your subclass offers a brief increase to weapon damage of that same elemental type.

Auto Rifle Loader – Speeds up the reloading of Auto Rifles.

Target acquisition, accuracy, and aim-down-sights speed for Hand Cannons have been improved.

Glaive Dexterity – Glaives have a faster ready and stow speed.

Unstoppable Pulse Rifle – Aiming down the sights of a Pulse Rifle fires a high-impact burst that stuns unprotected adversaries.

Piercing Bowstring – Bows now have shield-piercing arrows that can get through enemy defences. Strong versus Barrier Champions with [Shield-Piercing] Shields.

Unstoppable Hand Cannon – Aiming down sights with any Hand Cannon packs a tremendous explosive payload that stuns unprotected adversaries. Strong versus the Unstoppable Champions of [Stagger].

Related – Halo Infinite – All We Should Know so Far!