What is Ben Stiller’s Net Worth? 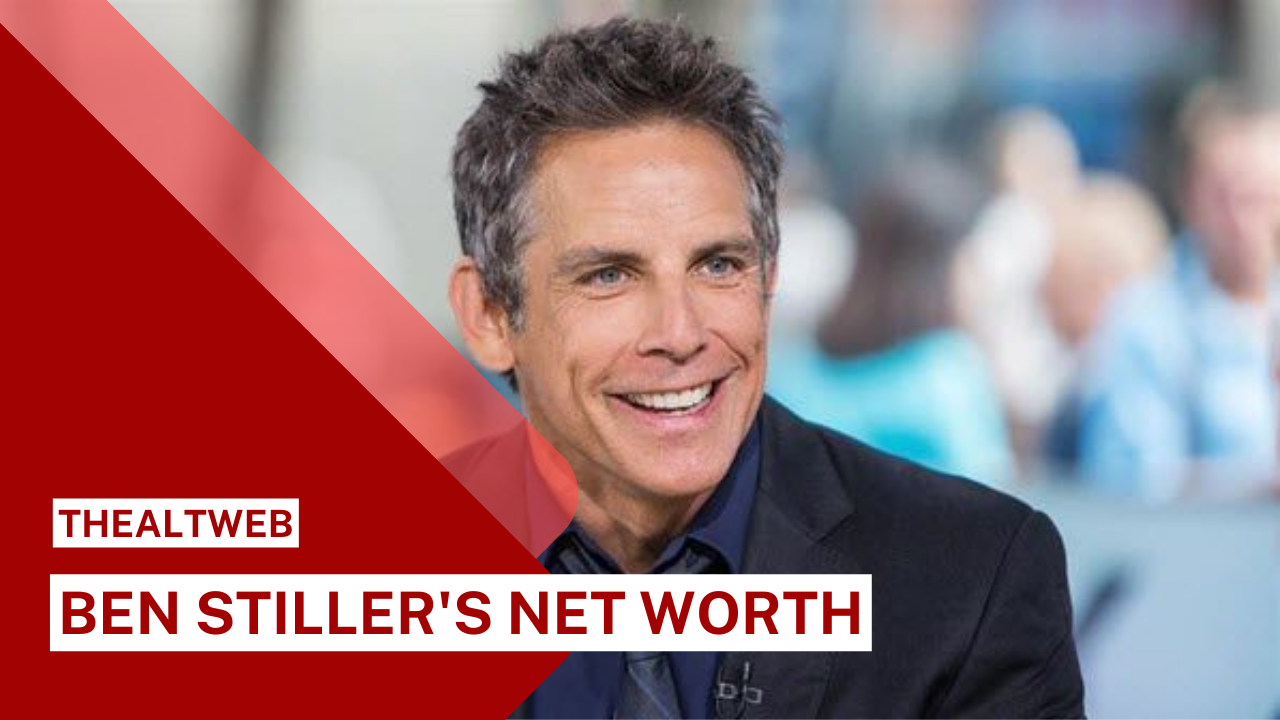 Ben Stiller has a net worth of $200 million and is an American actor, comedian, writer, film director, and producer. “Zoolander,” “There’s Something About Mary,” “Meet The Parents,” and “Tropic Thunder” are some of his most well-known flicks. Ben Stiller’s films have grossed over $6 billion worldwide to date.

On November 30, 1965, he was born Benjamin Edward Stiller, the son of Jerry Stiller and Anne Meara, two well-known actors. Ben has frequently stated that he was “born for a career in show business” because of his strange and eccentric background. Stiller grew up on the Upper West Side and regularly visited his parents’ television sets. Amy, Ben’s older sister, works in the entertainment industry and has appeared in several of Ben’s productions. As children, the two would collaborate on Super 8 movies.

Stiller made his acting debut in a cameo appearance on his mother’s TV show Kate McShane when he was nine years old. He subsequently joined the First All Children’s Theater in New York City and began performing. In 1983, Stiller received his diploma from New York’s Calhoun School. He enrolled in film school at the University of California, Los Angeles, but left after nine months to pursue acting training and audition for parts in New York City.

Stiller was cast in “The House of Blue Leaves,” a Broadway revival, in 1986. It won four Tony Awards as a result of its success. Ben began his start in the film industry by making humorous “mockumentaries” and short films. “Saturday Night Live” was impressed with his debut 10-minute short, “The Hustler of Money.” After it premiered in 1987, Stiller was given a writing role on the program two years later.

In the meanwhile, he got a brief part in Steven Spielberg’s “Empire of the Sun.” Stiller performed as a featured performer and writer on “SNL” in 1989. After four episodes, he quit because the program refused to allow him to produce any more short films. “Elvis Stories,” a short film based on a fake tabloid reporting on recent Elvis Presley sightings, is Stiller’s next project. John Cusack, Mike Myers, and Andy Dick were among his now-famous buddies in the film.

MTV saw him and commissioned him to make a short video for them. Ben was offered a 13-episode program because the producers were so pleased. “The Ben Stiller Show” consisted of comedy, music videos, and parodies of numerous TV series and films. After one season, it was canceled, but a sequel with the same name premiered on Fox in 1992. As a writer, Judd Apatow signed on. The show was a rating success, even if it was only broadcast for a brief time, and it was even nominated for an Emmy.

Stiller’s career lasted into the 1990s when he was asked in 1992 to direct “Reality Bites.” He spent the next year and a half reworking the script, obtaining funds, and casting the movie. Stiller directed and starred in the film, which came out in 1994. In its opening weekend, it became the highest-grossing picture. Stiller subsequently went on to perform two roles in “Heavyweights” before directing “The Cable Guy,” which starred Jim Carrey. He also took part in the movie as a character.

Stiller rose to prominence after starring opposite Cameron Diaz in the Farrelly Brothers’ 1998 comedy “There’s Something About Mary.” For his work in the comedy, he received $3 million. Stiller’s most famous part to date was in “Meet the Parents” in 2000. Stiller was paid $2.5 million to star in “Zoolander.” In the 2001 film “The Royal Tenenbaums,” he reunited with co-star Owen Wilson. Stiller had a busy year in 2004, appearing in six comedies, several of which were among his highest-grossing pictures.

“Dodgeball,” “Along Came Polly,” and “Anchorman,” to name a few, were among them. In 2006, he starred in “Night at the Museum,” which grossed more than $115 million in only ten days. He added to his filmography by appearing in the third installment of the “Meet the Parents” trilogy. Ben produced, directed, and performed in the box financial and critical triumph “The Secret Life of Walter Mitty” in 2013. Ben appeared in the “Night at the Museum” and “Zoolander” sequels, among others.

More than 50 films have been written, starring in, directed, or produced by Ben. His films have made over $6.4 billion at the box office globally as an actor. He has received multiple MTV Movie Awards and a Teen Choice Award for his efforts. Ben Stiller is a founding member of “The Frat Pack,” a troupe of performers who have collaborated on a number of stage comedies. Will Ferrell, Vince Vaughn, Owen Wilson, Luke Wilson, and Steve Carell are among the members of this group.

Jeanne Tripplehorn, Amanda Peet, and Calista Flockhart are among Stiller’s previous girlfriends. In May 2000, Stiller married actress Christine Taylor on a beach in Hawaii. They met while filming a Fox pilot that was never shown. “Zoolander,” “Tropic Thunder,” and “Arrested Development” are just a few of the movies in which they have appeared together.

Ella Olivia, their daughter, and Quinlin Dempsey, their son, are their two children. Quinlan played Alex, his father’s character, as a cub in “Madagascar: Escape 2 Africa,” alongside another youngster called Declan Swift. Ben and Christine, who had been married for 17 years, announced their separation in May 2017.

In 2010, Ben was diagnosed with Lyme disease, and in June of 2014, he was told he had prostate cancer. He was declared cancer-free in September 2014, following a successful operation.

In 2001, Stiller was a contestant on “Who Wants to Be a Millionaire?” His charity, Project ALS, received $32,000. Declare Yourself, the Elizabeth Glaser Pediatric AIDS Foundation, the Starlight Starbright Children’s Foundation, and a number of animal rights organizations are among the other charities he supports. In 2018, Stiller was named as a UN High Commissioner for Refugees Goodwill Ambassador.

Stiller is a Democrat who supported John Kerry in 2004 and Barack Obama in 2008. He gave and collected money for both candidates. He also contributed to John Edwards’ and Hillary Clinton’s presidential campaigns.