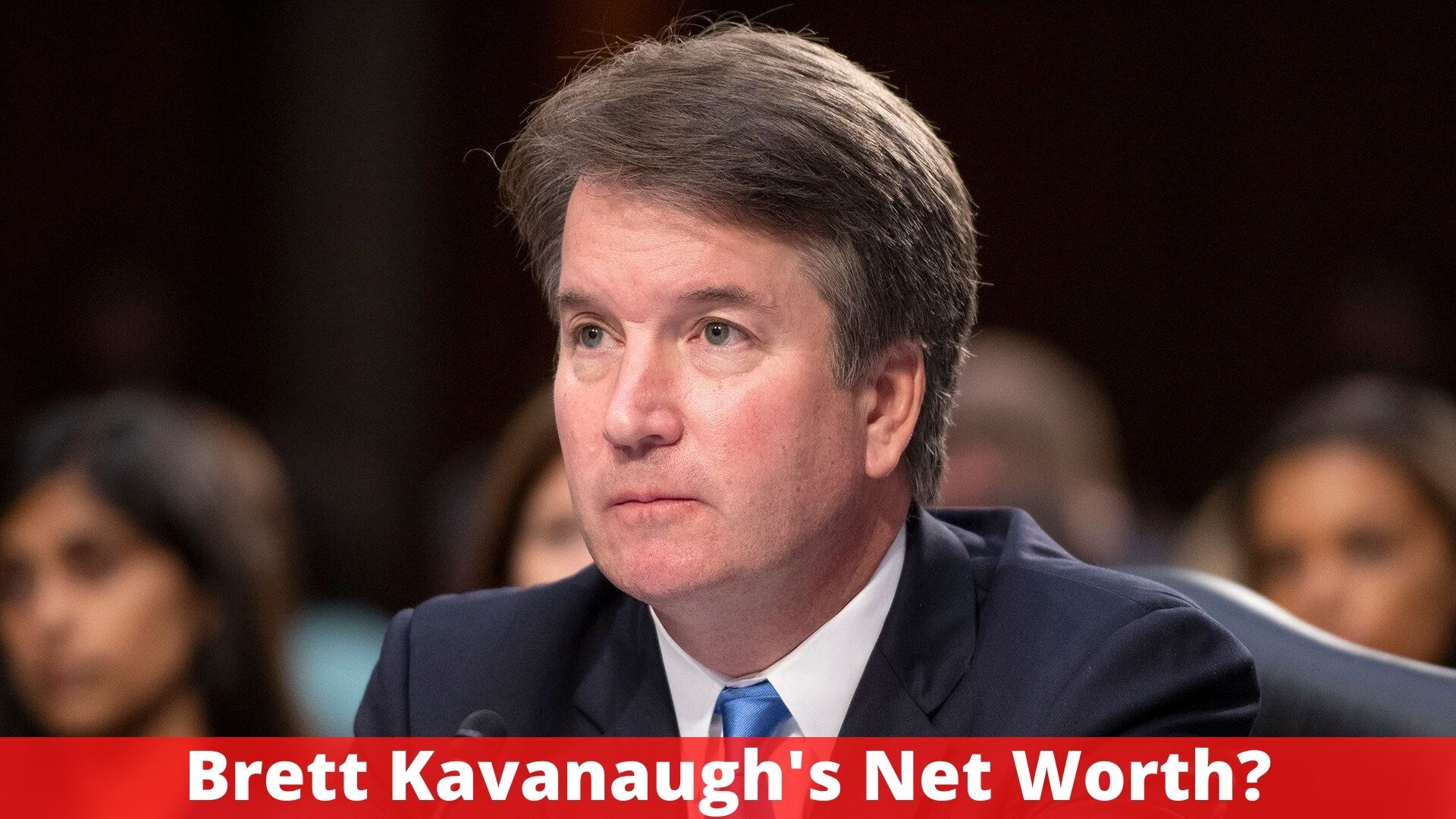 Brett Kavanaugh has been an associate justice of the United States Supreme Court since 2018. Brett Kavanaugh has a $1 million net worth. In comparison to his colleagues on the bench, Brett came to the court with very few assets, according to his most recent financial statement. His major asset, according to his form, is a property with no mortgage and a value of $1.3 million based on comparable sales. His net worth outside of the house is less than $100,000. On the good side, he is nearly debt-free.

He worked as a staff lawyer for several federal government departments before being appointed to the Supreme Court, and he also served as a circuit judge on the United States Court of Appeals for the District of Columbia.

Brett Kavanaugh was born in Washington, DC on February 12, 1965, to Martha, a high school history teacher, and Everett, a lawyer who served as president of the Cosmetic, Toiletry, and Fragrance Association for two decades. Kavanaugh is descended from an Irish Catholic family. He attended Georgetown Preparatory School, a Jesuit boys’ school in Bethesda, Maryland, where he was captain of the basketball team and cornerback and wide receiver on the football team.

He went on to Yale University after graduation, where he wrote for the Yale Daily News and was a member of the Delta Kappa Epsilon fraternity. In 1987, Kavanaugh earned a bachelor’s degree in history. He moved on to Yale Law School, where he earned his JD in 1990.

Kavanaugh worked as a legal clerk for Judge Walter King Stapleton of the US Court of Appeals for the Third Circuit from 1990 to 1991. He then worked as a summer associate for the law firm Munger, Tolles & Olson, clerking for Judge Alex Kozinski of the US Court of Appeals for the Ninth Circuit. Following that, Kavanaugh worked as a clerk for Supreme Court Justice Anthony Kennedy, and then as an Associate Counsel in the Office of the Independent Counsel under US Attorney General Ken Starr. Kavanaugh returned to his work under Starr after a period of private practice with the law firm Kirkland & Ellis from 1997 to 1998. He returned to Kirkland & Ellis as a partner in 1999.

In December of 2000, Kavanaugh joined George W. Bush’s legal team in an attempt to halt a ballot recount in Florida. Following Bush’s inauguration, Kavanaugh joined White House Counsel Alberto Gonzales as an associate. He went on to become the President’s Assistant as well as the White House Staff Secretary.

Kavanaugh has taught classes at Harvard Law School, Yale Law School, and Georgetown University Law Center in addition to his private practice and federal government employment. Due to the sexual assault claims against him, he withdrew from teaching at Harvard in 2019. Kavanaugh was a visiting professor at the Antonin Scalia Law School of George Mason University that summer.