Bryan Adams’ Net Worth – Everything You Need To Know! 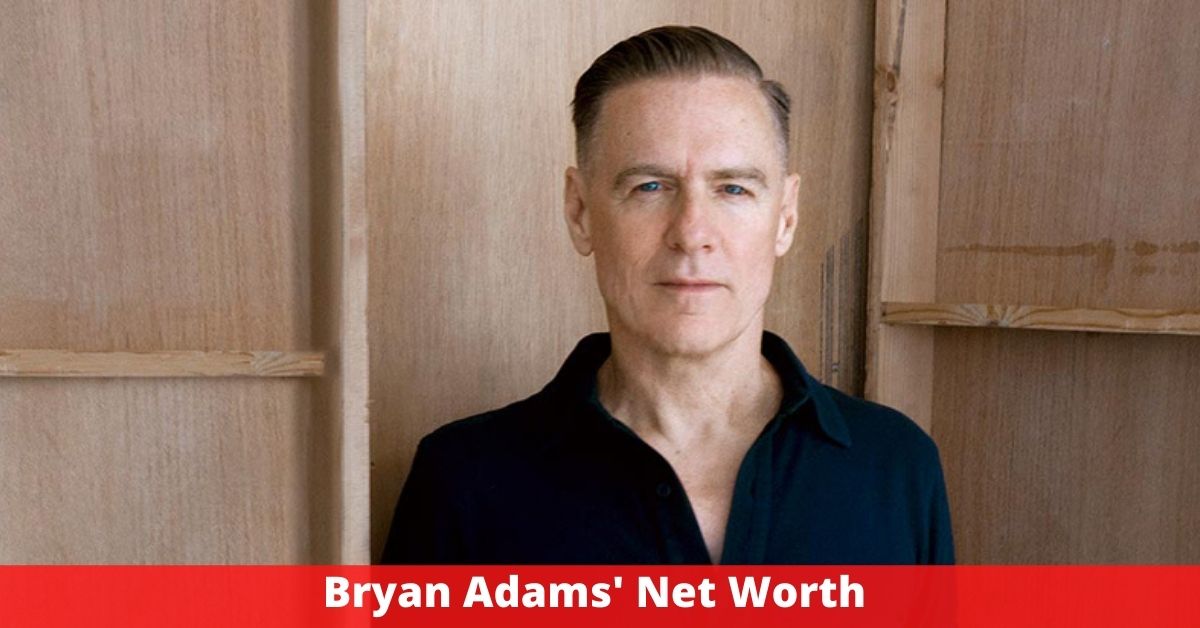 What Is Bryan Adams’ Net Worth?

Bryan Adams is a $75 million dollar net worth Canadian singer/songwriter, musician, and producer. Bryan has sold more than 100 million records globally throughout the course of his multi-decade career. He is the best-selling Canadian rock artist of all time and one of the world’s best-selling musicians.

Adams was born on November 5, 1959, in Kingston, Ontario, Canada, and had an active childhood filled with international travel as a result of his father’s job. Because Conrad was a military officer before working for the United Nations as a peacekeeping observer and subsequently as a foreign service ambassador for Canada, his mother Elizabeth Jane and father Captain Conrad J. Adams moved their family frequently. Adams lived in Lisbon, Portugal, Vienna, Austria, and Tel Aviv, Israel during his childhood. He grew up in Ottawa before moving to North Vancouver with his mother and younger brother while his father was away on business.

Adams became interested in music at a young age, purchasing his first electric guitar at the age of twelve. Rather than going to college, he decided to buy a grand piano with the money his parents had set aside for his education. At the age of 15, he joined the band Sweeney Todd and was featured on the record “Roxy Roller,” which charted in the United States. Adams departed the band at the age of 16 after a few years with it. He met Jim Vallance two years later, which proved to be the start of a decades-long friendship.

Also Read: Tish Cyrus’ Net Worth – Everything You Need To Know About Her!

Adams signed with A&M Records in 1978 and released his self-titled first album in 1980, which featured a number of big singles in Canada. His second album, “You Want It, You Got It,” was published in 1981. The single “Lonely Nights” from this album reached number three on the US Album Rock Tracks list. In 1983, he released “Cuts Like a Knife,” which had a series of tracks that charted in the United States and Canada. The next year, he released “Reckless,” which debuted at number one on the Canadian Album Chart and the Billboard 200 in the United States, as well as in the United Kingdom and Australia.

In the 2000s and 2010s, Adams continued to release music, releasing a few of compilation albums of his best hits as well as a number of new albums with wholly new material.

Adams has written and produced songs and albums for a variety of different musicians, including Rod Stewart, Sting, and Eric Clapton, among others. He’s also done a lot of international tours with other artists and frequently performs in tribute shows to other musicians’ work.

A number of high-profile awards have been given to Adams over the years in recognition of his achievements. He has received a total of 15 Grammy Awards after being nominated for 56. He’s also been nominated for the Juno Awards 20 times and has been nominated for three Academy Awards and five Golden Globes. In appreciation of his services to music and philanthropy, he has been bestowed the title of Officer of the Order of Canada. He has won the Queen’s Golden Jubilee Medal and has been inducted into the Hollywood Walk of Fame and the Canadian Music Hall of Fame.

Also Read: Melissa Rivers’ Net Worth – Everything You Need To Know About Her!

Adams has never been married, but he has had a few meaningful relationships in his life. In the 1990s, he dated Cecilie Thomas, a Danish model, and then Alicia Grimaldi, a former personal assistant who is now a trustee and co-founder of his organization. The pair has two daughters together and spends most of their time in Paris and London. Adams, who has been vegan since 1989, also pushes for a vegan and plant-based diet.