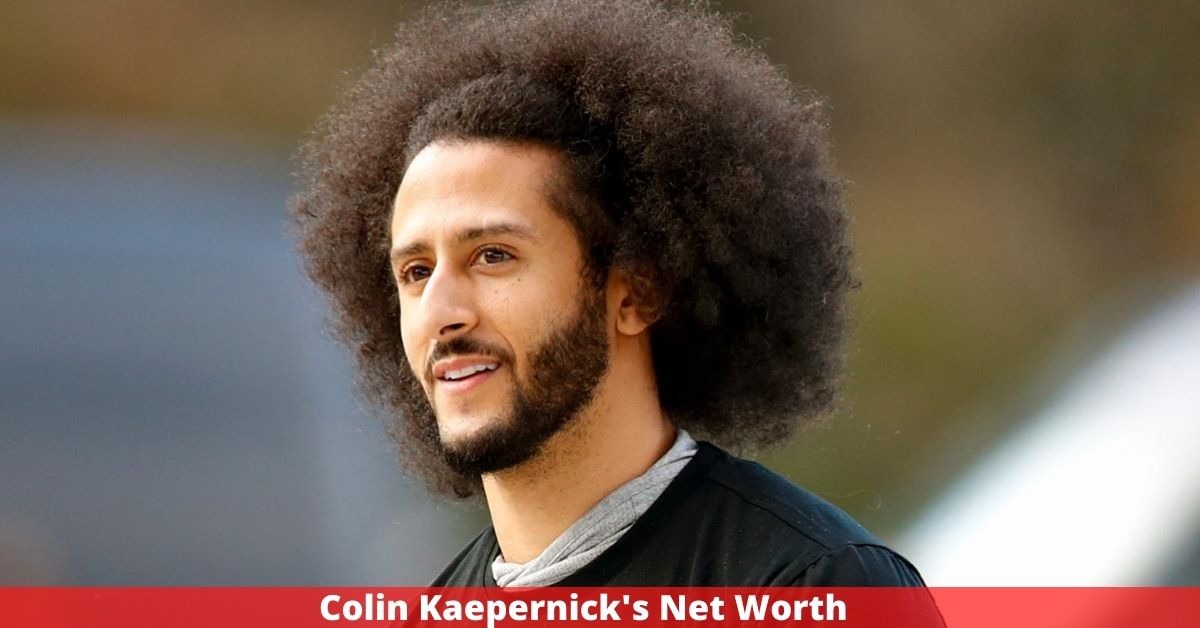 What Is Colin Kaepernick’s Net Worth?

Colin Kaepernick is a social activist and American football player with a net worth of $20 million. Colin earned a little more than $43 million in pay over his six seasons in the NFL, from 2011 to 2016. (before taxes and fees). During the 2016 season, his highest NFL salary was $14.3 million. He is also a political and civil rights activist who is best known for kneeling during the national anthem at NFL games to protest police brutality and racial inequity in the United States.

Colin Rand Kaepernick was born on November 3, 1987, in Milwaukee, Wisconsin. Colin became the third child of Rick and Teresa Kaepernick after his birth mother placed him for adoption. Kyle and Devon, the couple’s older children, were born to them. After losing two prior boys to heart problems, the Kaepernicks chose to adopt a boy. Kaepernick was born in Fond du Lac, Wisconsin, and relocated to California when he was four years old. He graduated from Turlock’s John H. Pitman High School with a 4.0 GPA as a student-athlete. He was mostly focused on baseball throughout high school, receiving multiple scholarship offers to play collegiate baseball. He, on the other hand, wanted to concentrate on football and was offered a scholarship to the University of Nevada. He was consistently recognized as one of the greatest college quarterbacks in the country during his college football career. During his collegiate football career, he collected various awards and set numerous records. He was selected Offensive Player of the Year in the Western Athletic Conference (WAC) twice. In addition, Kaepernick is the first athlete in NCAA Division I FBS history to have a career total of 10,000 throwing yards and 4,000 running yards.

Also read: What Is Evan Spiegel’s Net Worth?

Colin was picked by the Chicago Cubs in 2009, but he turned down the opportunity to play baseball in order to pursue his football career. He was drafted in the second round of the 2011 NFL Draft by the San Francisco 49ers, where he served as a backup quarterback until 2012. He was outstanding throughout the 2012 season, eventually leading the 49ers to Super Bowl XLVII. They were defeated 31-34 by the Baltimore Ravens. Colin led the 49ers to the NFC Championship game in 2013, but they were defeated by the Seattle Seahawks.

In the 49ers’ third preseason game in 2016, Kaepernick elected to sit rather than stand for the playing of the US national anthem before the game. It was a demonstration against the country’s racial injustice, police brutality, and institutional oppression. Kaepernick kneeled for the national anthem the following week, and for the rest of the regular season. The protests drew fervent support and opposition from both sides. Kaepernick’s decision to take a knee sparked a media frenzy in September 2017, when President Donald Trump claimed NFL owners should “fire” players who protest during the national anthem.

Kaepernick’s home in San Jose, California, was sold for $3.075 million in 2017. The two-story home has four bedrooms, five and a half bathrooms, and a living area of about 4,600 square feet. A wall aquarium, a complete bar, a pool, jacuzzi, and waterfall feature are among the amenities. Kaepernick purchased the house for $2.7 million in 2014 and completely renovated it.

In July 2016, Kaepernick paid $3.21 million for a two-bedroom luxury condo in New York City. The condo in Tribeca is said to have a 24-hour concierge, a swimming pool, a private fitness club, and a garage. The same family trust that bought Kaepernick’s property in San Jose is said to have bought the 1,733-square-foot flat.