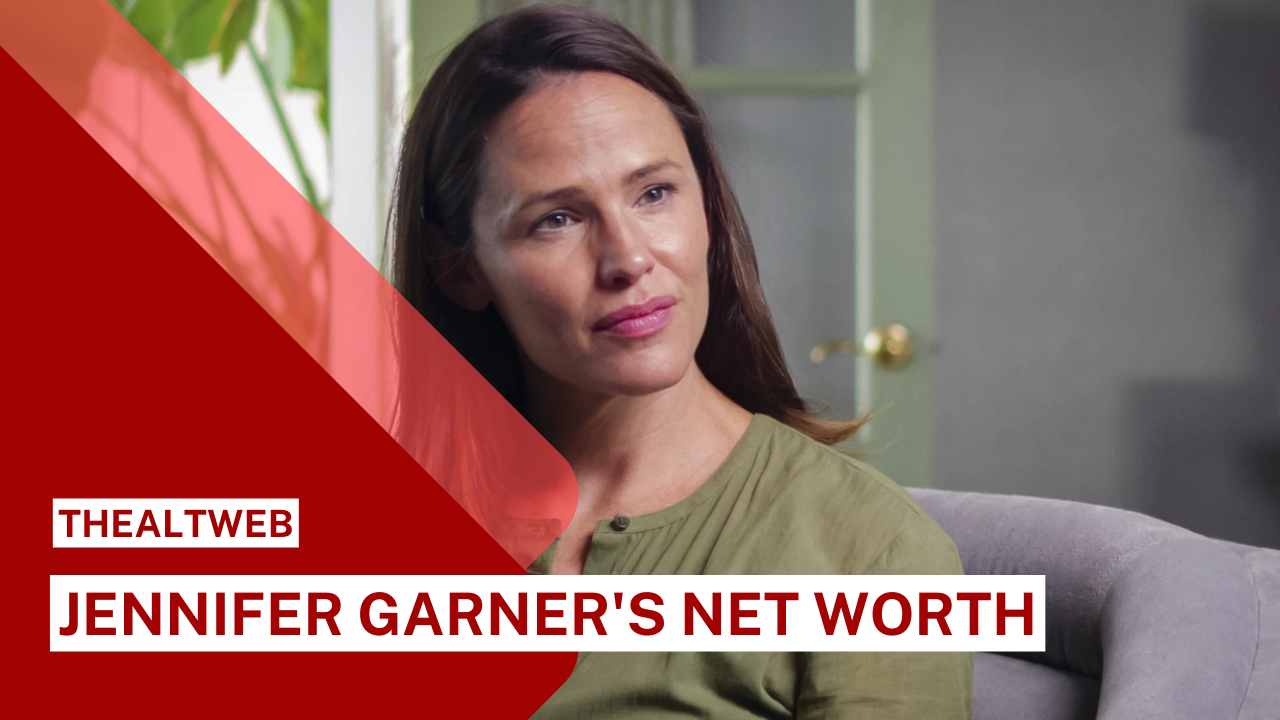 Jennifer Garner has a net worth of $80 million USD. She is an American actress and film producer. Jennifer also works as a paid brand ambassador for companies such as Capital One and Neutrogena.

On April 17, 1972, Jennifer Garner was born in Houston, Texas. Her father was a chemical engineer, and her mother was a stay-at-home mom who later became a college English professor. Garner and her two sisters relocated to Charleston, West Virginia when she was three years old. She was raised in a religious family, attending Sunday services and Vacation Bible School at a local Methodist church. It was forbidden for the teens to apply make-up, paint their nails, pierce their ears, or color their hair.

Following his graduation from George Washington High School in 1990, Garner attended Denison University in Granville, Ohio. She switched her degree from chemistry to theatre after three years and studied at the National Theater Institute in Waterford, Connecticut for the fall semester of 1993. She traveled to New York City to pursue performing after graduating with a Bachelor of Fine Arts in theatre in 1994.

Garner relocated to Los Angeles in 1997 after earning some minor roles in various miniseries after college. Her first main part was in the TV movie “Rose Hill,” and she made her feature film debut in the historical drama “Washington Square.” She appeared in Woody Allen’s film “Deconstructing Harry,” but her performance was omitted from the final version. In 1998, Garner landed her most prominent part to date in J.J. Abram’s popular college drama “Felicity.” She appeared in supporting roles in major films such as “Dude, Where’s My Car?” in 2000 and “Pearl Harbor” in 2001.

When Garner landed the role of Sydney Bristow in ABC’s “Alias” in 2001, it was a watershed moment in her career. The part was written with her in mind by J.J. Abrams, the show’s creator. “Alias” ran for five seasons, with Garner’s pay gradually increasing until it peaked at $150,000 per episode at the conclusion. The production was well-received by both reviewers and spectators, and Garner’s performance earned her several award nominations and victories.

She continued to work in cinema on and off during the production of “Alias.” Steven Spielberg personally contacted to give her a tiny role in 2002’s “Catch Me if You Can” after being charmed by her performance in “Alias.” In 2003, she starred with Ben Affleck in the film “Daredevil,” which was her first co-starring role. In 2004, she made her breakthrough in the critically acclaimed romantic comedy “13 Going on 30.”

Garner was acclaimed for her easy charm as lead character Jenna in the film, which made $96 million worldwide. She returned to work in 2007 with the blockbuster smash “Juno,” directed by Diablo Cody and Jason Reitman, after a one-year hiatus after “Alias” came to an end. Vanessa, a lady wanting to adopt a child, was a widely lauded and absolutely successful performance.

Garner made her Broadway comeback in late 2007 and early 2008, playing Roxanne and starring alongside Kevin Kline in “Cyrano de Bergerac,” to rave reviews. She was soon hired as a spokesperson for the Neutrogena skin care product.

Garner continued to work in romantic comedies, including “The Invention of Lying” in 2009, in which she starred opposite Ricky Gervais in his directorial debut, earning plaudits for her impeccable comedic timing once again.

For the first time, Garner starred alongside Joel Edgerton in the 2012 drama “The Odd Life of Timothy Green.” The film received mixed reviews and a minor box office success. In the 2013 drama Dallas Buyer’s Club, Garner co-starred opposite Matthew McConaughey as a doctor treating Texas AIDS patients in the 1980s. Her compassionate and emotional performance was lauded by critics and fans alike once again.

Throughout the decade, Garner continued to improve her acting skills and appeared in prominent parts on and off. She is frequently lauded for her ability to emotionally and comedically connect with audiences. She received a star on the Hollywood Walk of Fame in August of this year. Yes Day, a Netflix comedy directed by Miguel Arteta, was confirmed for her to feature in 2019.

Salary under a different name

Salaries of Other People

Garner received $7 million for “The Kingdom” in 2007. She also starred in “Juno” in the same year, for which she accepted a little upfront fee in return for a percentage of the film’s backend earnings.

Profits from Capital One

Jennifer Garner’s fee for appearing in Capital One advertisements is unknown. With a business like Capital One, a high-profile star like Jennifer usually does not receive compensation for every commercial. Instead, she’ll sign a long-term deal that will cover a certain amount of advertisements each year. Garner is most likely under a five-year $15-20 million agreement with Mercedes, based on comparable actors’ known endorsement contracts. If you look about it that way, it’s $3-4 million each year. However, it is quite probable that the money will be paid in advance.

From 2000 until 2004, Jennifer Garner married actor Scott Foley. In 1998, they met while filming Felicity. From 2005 until 2015, she was married to Ben Affleck, an actor, producer, and director whom she met while working on the set of Pearl Harbor. On June 30, 2015, Garner and Affleck confirmed their separation. They have three children together. In October of this year, they divorced. There is no prenuptial agreement, according to reports.

Jen and Ben bought a house in Pacific Palisades, Los Angeles, for $17.55 million in 2009. Brian Grazer, a mega-producer, was the one who sold it. Jennifer stayed in this home till the end of the year. Ben and Jen sold this house to Adam Levine of Maroon 5 for $32 million in December 2018, after she and the kids had moved out. This beautiful 3-acre property is seen in this video.