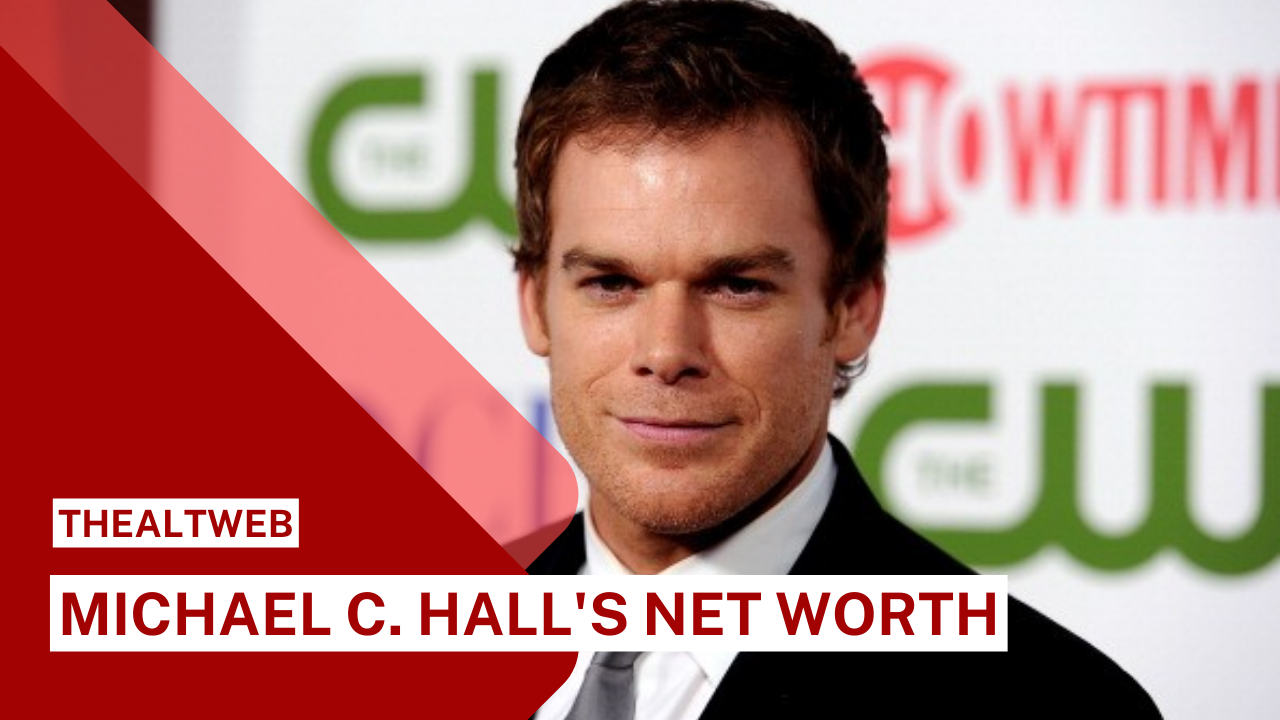 Michael C. Hall has a net worth of $25 million as an American actor. Michael C. Hall is best known for his roles in the Showtime series “Dexter” and HBO’s “Six Feet Under,” where he played David Fisher.

On February 1, 1971, in Raleigh, North Carolina, Michael Carlyle Hall was born. Janice (née Styons), his mother, was a mental health counselor, and William Carlyle Hall, his father, was an IBM employee. His father died of prostate cancer when he was just eleven years old.

Hall completed his studies at Earlham Institution, a liberal arts college in Indiana, after graduating from Ravenscroft School in 1989. He intended to become a lawyer but did not go to law school after graduating from college in 1993. Instead, he relocated to New York City and enrolled in the graduate acting school at New York University, where he graduated in 1996. While still a Ravenscroft student, he initially became involved with acting and performing. He sang in the choir and acted in “The Sound of Music,” “Oklahoma!” and “Fiddler on the Roof” performances during his time there. He performed in shows such as “Cabaret” while at Earlham College.

In the theatre, Hall began his performing career. He appeared in a number of Off-Broadway shows, including the New York Shakespeare Festival’s “Macbeth,” The Public Theater’s “Timon of Athens” and “Henry V,” and the Manhattan Theatre Club’s “The English Teachers.” He appeared in a performance of Shakespeare’s “Cymbeline” as a Posthumus in August 1998. He made his Broadway debut in director Sam Mendes’ version of “Cabaret” in 1999 and subsequently toured with “Chicago” in 2003.

When Hall was cast as David Fisher in the drama “Six Feet Under” in 2001, he made the leap from theatre to television. From 2001 through 2005, the program had five seasons and achieved good ratings. Hall was nominated for a number of prizes, including an Emmy and an AFI Award, for his work on the program.

Hall debuted as Dexter Morgan, a blood-spatter analyst who also doubles as a vigilante serial murderer, in the Showtime series “Dexter” in 2006. The show aired from 2006 through 2013, with a 2021 revival. He was nominated for a total of five Emmy Awards and a Golden Globe Award for his work on “Dexter.” In 2010, he received the Golden Globe Award for Best Actor in a Television Series Drama, as well as a Screen Actors Guild Award for Outstanding Male Actor in a Drama Series. Hall also worked on the series as an executive producer.

He continued to work in the theatre even while acting in “Six Feet Under” and “Dexter.” He played Mr. Marmalade in Noah Haidle’s “Mr. Marmalade” in an Off-Broadway production in 2005. Hall returned to theatre after the conclusion of “Dexter” in 2013, appearing in “The Realistic Joneses” on Broadway in 2014. He also performed in the Broadway production of “Hedwig and the Angry Inch” in 2014, playing the part from October to January of that year.

Other shows in which he has appeared include a New York Theatre Workshop stage production of “Lazarus” (2015-2016), which was created by David Bowie and Enda Walsh; an Off-Broadway production of “Thom Pain (based on nothing)” (October – December 2018); and the one-time-only Broadway musical “Skittles Commercial: The Broadway Musical” on February 3, 2019.

What was Michael C. Hall’s per-episode Dexter salary? He received $150,000 each episode throughout the show’s middle seasons. His compensation was raised to $350,000 during the previous two seasons. For the final two seasons, that amounted to $4.5 million per year.

In 2002, Hall married Amy Spanger, a fellow actress. The summer after their wedding, they appeared together in a Broadway production of “Chicago.” In 2006, they separated. He then started dating Jennifer Carpenter, his “Dexter” co-star, in 2007. In January 2008, they eloped, but in December 2010, they filed for divorce, which was completed in December 2011. In September 2012, Hall started dating Morgan Macgregor, an assistant editor for the “Los Angeles Review of Books.” They married in February 2016 and now live in New York City’s Upper West Side.

Hall’s representative revealed in January 2010 that he was being treated for Hodgkin’s cancer. By April 2010, he had achieved complete remission. He was named the celebrity spokesman for the Leukemia and Lymphoma Society’s “Light the Night Walk” fundraising drive in 2011. The Somalia Aid Society, for whom he was the face of their “Feed The People” campaign, and the Waterkeeper Alliance, for which he marketed a limited-edition skincare line with Kiehl’s to fund their efforts.

Michael is the proud owner of a slew of magnificent real estate holdings. He spent $4.3 million in December 2017 for an apartment overlooking Central Park West in New York City. He sold a property in Los Feliz for $4.85 million about a year ago, almost $1 million more than he paid a few years before. He bought an apartment in Greenwich Village, New York City, for $4.2 million two weeks after the sale.