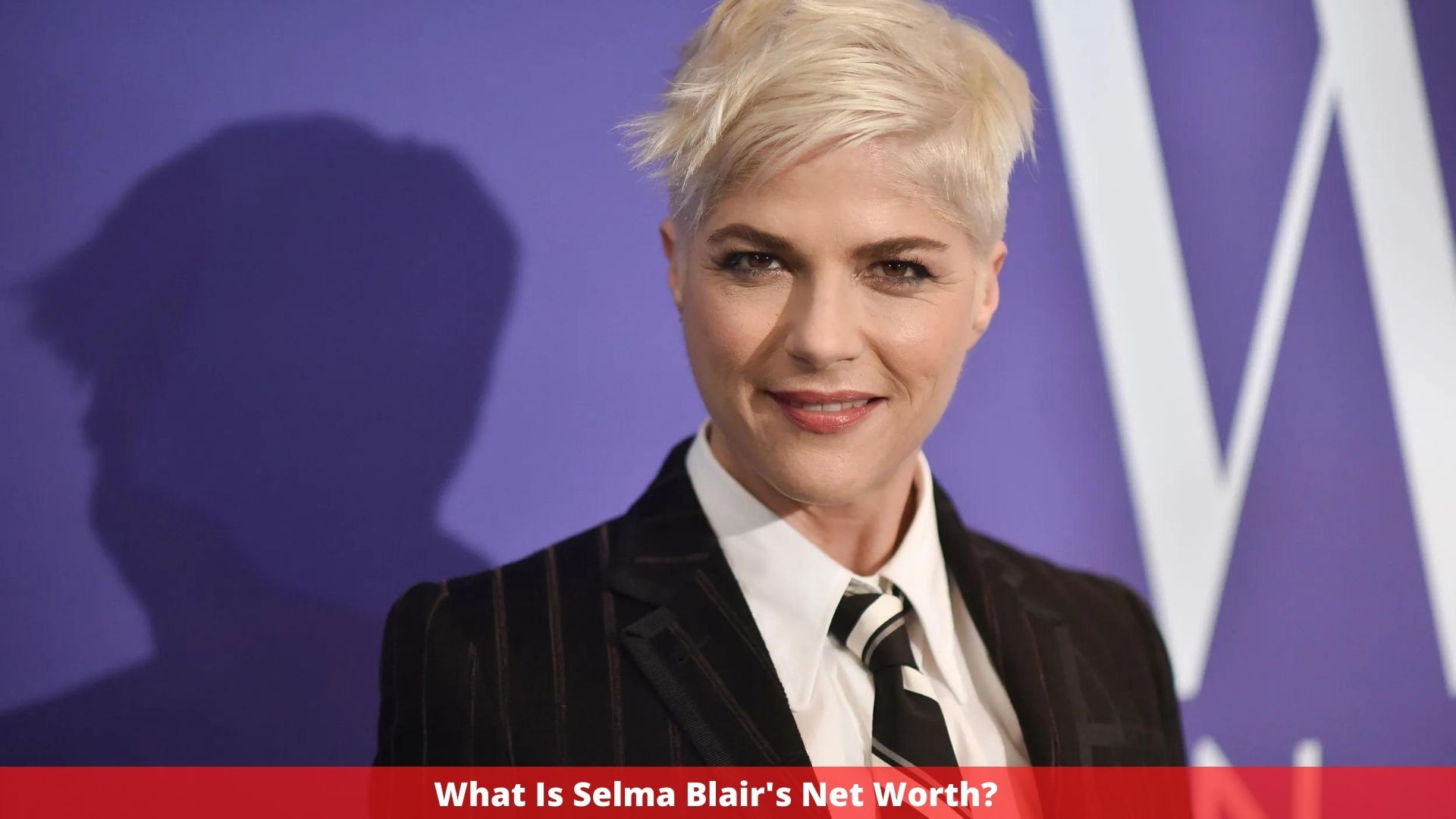 Selma Blair was born Selma Blair Beitner in Southfield, Michigan, on June 23, 1972. She was raised in a Jewish family with her mother Molly (a judge), her father Elliot (an attorney), and older sisters Elizabeth, Marie, and Katherine. Elliot died in 2012 at the age of 82. Selma’s parents split when she was 23, and she formally changed her last name to Blair. She went to Hillel Day School and Cranbrook Kingswood before enrolling at Kalamazoo College to pursue a degree in photography. Selma performed in “The Little Theater of the Green Goose” at Kalamazoo College, and when she moved to New York City at the age of 20, she took acting classes at the Stonestreet Screen Acting Workshop, Stella Adler Conservatory, and the Column Theatre while attending NYU and living at The Salvation Army. She eventually transferred to the University of Michigan and received her magna cum laude diploma in 1994. Blair received a bachelor of arts in psychology and a bachelor of fine arts in photography with a double major in English and fine arts. She returned to New York City after graduation.

Selma‘s first agent noticed her in an NYC acting class, and after 75 auditions, she landed a TV ad for a Virginia theater and became a member of the Screen Actors Guild. Blair debuted on Nickelodeon’s “The Adventures of Pete & Pete” in a 1995 episode, and her first feature was 1996’s “The Broccoli Theory.” She also had uncredited roles in “The Dana Carvey Show” and the Kids in the Hall film “Brain Candy” that year. Selma co-starred in “In & Out” alongside Kevin Kline in 1997, played the lead in “Strong Island Boys,” and was overheard on the phone with Sarah Michelle Gellar’s Cici in “Scream 2.” Blair won an MTV Movie Award for her role in “Cruel Intentions,” which she co-starred in alongside Gellar, Reese Witherspoon, and Ryan Phillippe in 1999. She also started playing Zoe Bean on The WB’s “Zoe, Duncan, Jack, and Jane” in 1999.

Selma began the decade with the comedy “Down to You,” and then rejoined with Witherspoon in 2001 for “Legally Blonde,” which grossed $141.8 million at the box office. She co-starred in “The Sweetest Thing” with Cameron Diaz and Christina Applegate in 2002, guest-starred on “Friends,” and graced the cover of “Rolling Stone” magazine. Blair first appeared in “Hellboy” in 2004, and she returned to her character in “Hellboy II: The Golden Army” (2008), as well as the animated direct-to-DVD features “Hellboy: Sword of Storms” (2006) and “Hellboy: Blood and Iron” (2008). (2007). She first appeared on NBC’s “Kath & Kim” in 2008, playing Kim for one season, before going on to guest star on “Web Therapy” (2010) and “Portlandia” (2011) before winning the part of Dr. Kate Wales on FX’s “Anger Management.”

Selma played Kris Jenner, the ex-wife of O.J. Simpson’s attorney Robert Kardashian, in Ryan Murphy’s critically praised “The People v. O. J. Simpson: American Crime Story” in 2016. She also participated in the films “Ordinary World” and “Mothers and Daughters.” She then starred in the films “Mom and Dad” (2017), “After” (2019), and “After We Collided” (2020), as well as guest-starring in three episodes of the Netflix adaptation of “Lost in Space” (2018–2019) and four episodes of “Heathers” (2018), based on the 1988 Winona Ryder-Christian Slater picture. Blair debuted as Harper Glass on the Netflix sci-fi drama “Another Life” in 2019.

Also read: Flavor Flav Net Worth – All You Need To Know

Selma’s childhood sweetheart died at the age of 18; she has stated that he had epilepsy, but that she is unsure what caused his death. Blair and writer/producer Ahmet Zappa married on January 24, 2004, in Carrie Fisher’s Beverly Hills residence after dating for six months; the couple separated in December 2006. Selma had a son, Arthur (born July 2011), with fashion designer Jason Bleick, whom she dated from 2010 to 2012. Selma was in a relationship with her “Kath and Kim” co-star Mikey Day (now a “Saturday Night Live” cast member) from 2008 to 2010.

Blair was diagnosed with multiple sclerosis in August 2018 after experiencing symptoms such as fuzzy memory, falls, and dropping items for years. Selma has donated to the National Multiple Sclerosis Society, Operation Smile, Children’s Action Network, and the Staying Alive Foundation, among others.