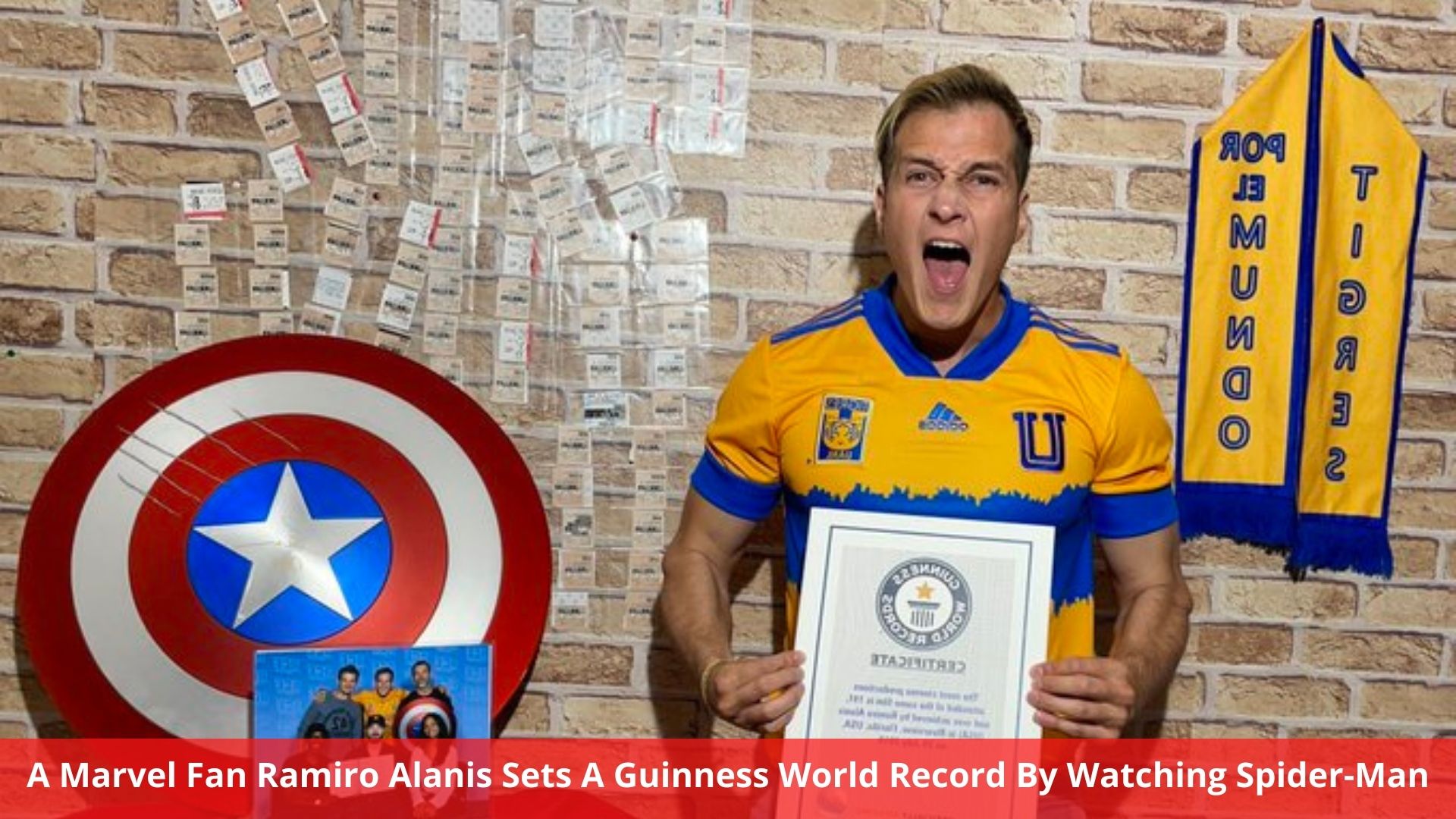 Ramiro Alanis, a Florida resident, took motivation for his attempt to break a Guinness World Record from his late grandmother.

For the second time in as many years, a passionate Marvel Cinematic Universe fan has broken a Guinness World Record.

According to Guinness World Records, Ramiro Alanis, a Florida resident, broke the record for the most cinema presentations visited of the same film by watching Spider-Man: No Way Home approximately 300 times, breaking the previous mark of 202.

Alanis has broken Guinness World Records before, and this isn’t her first time doing so. Earlier this year, after viewing Avengers: Endgame 191 times, he set a new record for the same category. Following that, Arnaud Klein beat the record last year after seeing Kaamelott: First Installment 204 times in theatres, according to GWR.

Reports said Alanis wanted to recover the title in honour of his late grandmother Juany, who died before he had the opportunity to create history for the first time back in 2019.

Also read: Ezra Miller Is Arrested Again In Hawaii On A Charge Of Second-Degree Assault

“She was my number one supporter, and I want to maintain my record,” he stated, according to GWR.

The challenge of earning a GWR twice was not an easy one, and there are standards in place that Alanis was required to adhere to.

“It is necessary that the movie is watched completely independently of any other activity in order for each watching to successfully contribute to the overall record total of viewings. The movie was playing, so Ramiro couldn’t do anything else except watch it. He couldn’t even glance at his phone or nap or go to the bathroom “GWR made the statement.

“This is something Ramiro learnt the hard way when he originally set the record, since 11 of his viewings were disqualified due to the fact that he had to take a restroom break during them.”

When Spider-Man: No Way Home was released in December of last year, it created history in the Marvel Cinematic Universe.

Although the picture was released during a pandemic, it broke box office records on its debut weekend.

According to the E!, the superhero sequel grossed $253 million in its first weekend alone at the domestic box office in the United States. The picture, which stars Tom Holland, Zendaya, Benedict Cumberbatch, and others, has the highest opening weekend gross for the year 2021, surpassing another Spider-Man sequel, Venom: Let There Be Carnage, which was released the same weekend.