Know About Bonnie Rotten’s Divorce From Her Husband, Jesse James! 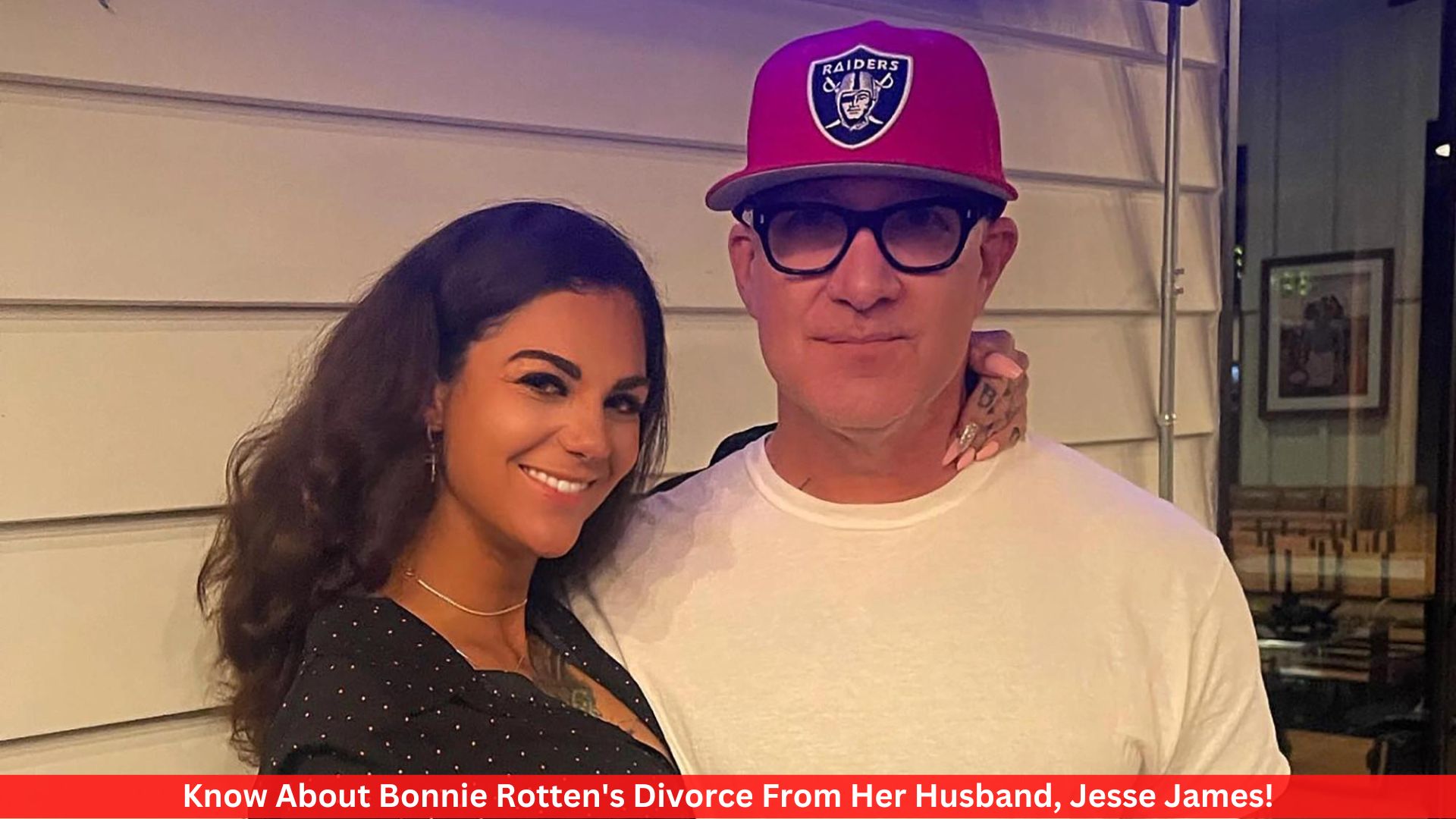 Bonnie Rotten and her husband Jesse James are being talked about a lot on the internet since she filed for divorce for the third time. She found out that her husband, Jesse James, was texting one of his ex-girlfriends. This made Bonnie Rotten very angry, so she filed for a divorce. But after a short time, she regretted her hasty decision and changed her mind a lot, which made her realize that she was making a big deal out of nothing. Let’s take a close look at this couple’s life and the problem they’re facing.

Why Did Bonnie Rotten File For Divorce?

When we think about the problem Bonnie Rotten and her husband Jesse James had a little more, it’s pretty disgusting. Bonnie Rotten who is currently pregnant with the child of Jesse James refiled the divorce papers in a Texas courthouse on Tuesday.

Alaina Hicks aka Bonnie Rotten filed for divorce on December 1 when she found that her husband was texting other women. But after her wrath evaporated she repent for the impulsive decision that she had made and filed a non-suit to cease the divorce.

Bonnie Rotten wrote about how broken she felt in an Instagram post that has since been taken down.

“Everything about the past week has been pretty bad. I made a mistake and put information about my husband and me on social media. I love Jesse so much and was very hurt by what I saw when I went through his phone. In his defense and the reason I am back home is that he didn’t say anything inappropriate he didn’t talk about ‘having s** or meeting up with anyone. That’s why I am here working out the marriage that I believe in. There are much more important things in the world than our lives.”

And in the last part of the post, Bonnie Rotten told her that she should pay the most attention to her pregnancy because it is the best time of a person’s life. But even before acknowledging the mistake, she made by making things pretty weird, she even posted a photo of her sonogram to her Instagram story and she vehemently alleged her husband by commenting “busy trying to f-k other women” while she was pregnant with his child.

Also read: Yakira Chambers Passes Away At The Age Of 42!

After her second Instagram post, she said that her husband, Jesse, was “a disgusting person.” She also said that many people tried to warn her about Jesse’s history of cheating and other bad behavior, including his marriage to Sandra Bullock.

But when these posts went viral, people all over the world thought divorce was coming soon. But to everyone’s surprise, Bonnie Rotten made a decision and said she was sorry for making the mistake of putting her private life in the public eye.

But when we looked at what Jesse James had to say again, we saw that he strongly denied the false accusations and posted a series of photos of them both to try to make up for their rocky relationship. He wrote

“Honey, I swore I didn’t cheat on you. I am sorry we got into a fight. When we were fighting, I’m sorry I called you a “retard.” I’ve never tried to have an affair with you. I’ve never thought about cheating on you. You’re the only person I’ll ever want.”

So Jesse James has said that he didn’t try to cheat on Bonnie, but he admits that he did text one of his ex-girlfriends when he was full of hate and spite after the big fight.

Bonnie Rotten and Jesse James got married in a small ceremony in June. Bonnie Rotten is getting married for the second time, but this is Jesse’s fifth try. The couple was living a healthy life and they were expecting a baby.

So, when Bonnie found out that Jesse was cheating on her, she went completely off the rails. She chose to protest in a rude way, and it was clear that she was just making a big deal out of a small problem. But, even though they were almost divorced, the couple found their way back to each other and are now happy together.