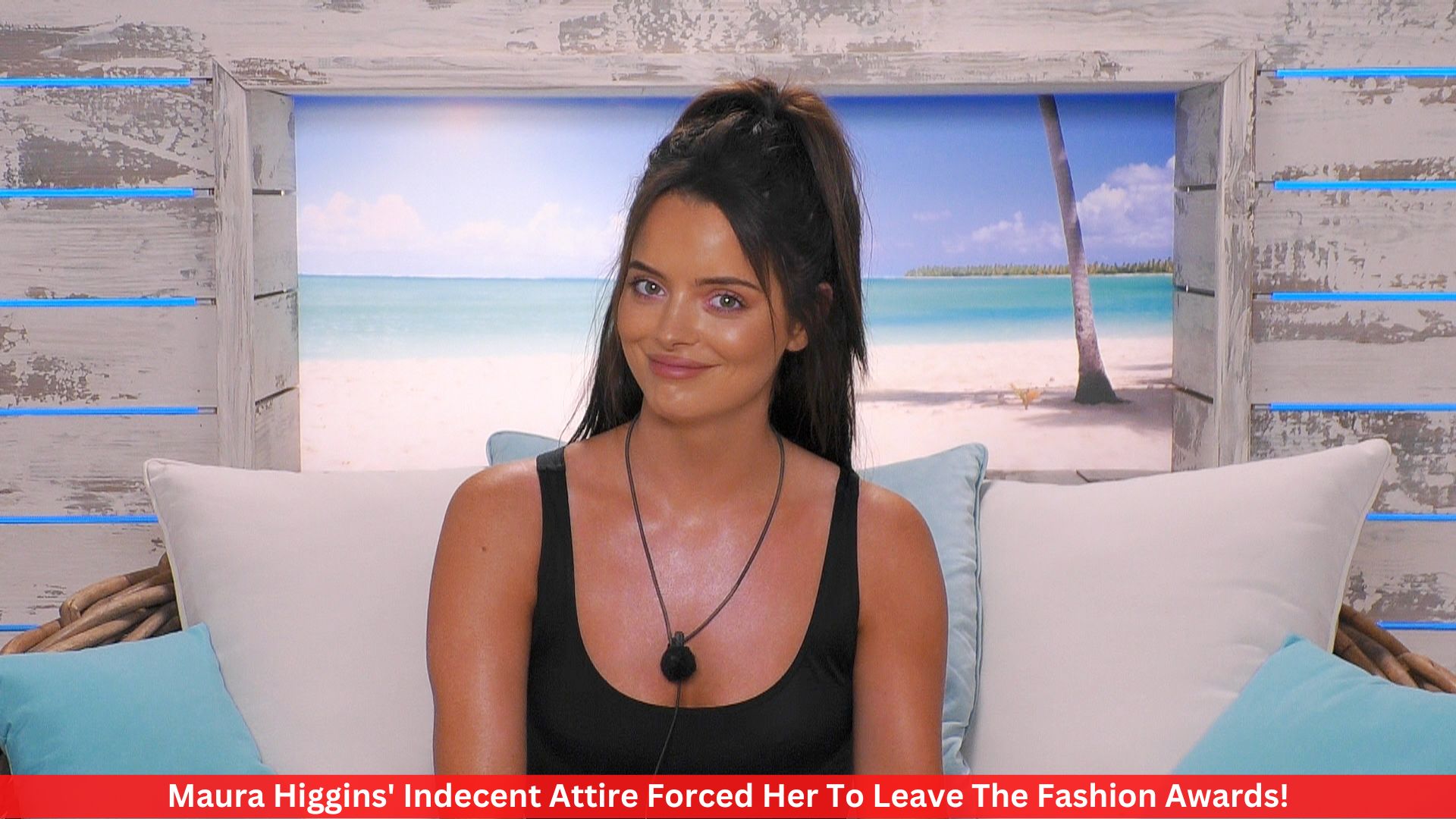 Maura Higgins is a lively presenter and model who is one of Ireland’s most gorgeous and hot television personalities. So now that the news of the event where she opted to take herself out of the fashion award because of her clothing, which truly took a toll on her confidence, is floating all over the internet,

The vivacious Irish TV personality shared her issue on social media. So, let’s have a look at the model and presenter and what caused her decision not to attend the award event.

Maura Higgins Is Disappointed With The Whole Debacle

So, as we go deeper into the bizarre situation that the magnificent Irish television personality had to face during the fashion event, it has become quite the topic of discussion recently. Maura Higgins is far too well-known for her fascinating appearances, particularly those that are spicy and naughty. But this time, her clothing seemed so improper that it rattled her confidence so much that she had to pull out at the last minute of Monday’s British Fashion Awards.

She then stated that her racy attire was far too revealing and that she felt self-conscious about her appearance after wearing it. However, it has now been revealed that Maura Higgins is furious with her top designer, Scott Henshall. According to accounts, her designer Scott Henshall left Maura alone for three hours prior to the occasion in favor of Lady Victoria Hervey.

Furthermore, Maura Higgins was furious and upset by Mulberry’s former creative director, who had shamefully failed to prepare an adequate assortment of shoes to wear. So she was so irritated by the appearance and how it appeared so inappropriate that she chose to withdraw from the fashion award, which was a tremendous exposure and a major step forward for numerous industries.

Maura Higgins recently revealed the issue that nearly led to her death when she suffered from toxic shock syndrome after a tampon became lodged inside her for more than three months.

So this was part of the disappointing news that the well-known Love Island contestant returned empty-handed. On Monday night, reality star Maura Higgins was poised to make a dashing debut and make her acquaintance with the enormous and famous fashion world. But things took a turn for the worse when she was forced to leave the glittering event only a few minutes before. She bailed on the red carpet after feeling quite uneasy in her custom-made outfit.

Also read: Who Was Jenni Rivera? Know About Her Death Cause!

Later, obviously disappointed by the scenario, Maura Higgins released an Instagram footage from the hotel room in which we can see her wearing full dazzling makeup and the outfit in question. When her fans began excitedly inquiring where she was, Maura Higgins was styling her long brunette tresses poker. Maura Higgins stated in a video she posted on Instagram that, “So, guys, everyone is texting me, asking where I am and where the red carpet photos are. I had a bit of a bad dream. So it’s clear that I’m completely ready. As always, the glam team looks great. I wouldn’t wear the dress, the shoes, or anything else about it. I’m not sure what to say. It’s just that I don’t think it’s very appropriate for the fashion awards. You guys know that I like to take risks, but I just feel… I don’t know. It doesn’t make sense. So yeah. I’ve made up my mind not to go. As you can see, I’m still in the hotel.”

Fans who were looking forward to seeing Maura Higgins look stunning on the red carpet were very upset by this news. Scott is one of the best designers, and at age 22, he was the youngest designer to show at London Fashion Week.

Scott is best known for making amazing dresses for the red carpet that doesn’t make any sense. He just started his journey as an amazing young designer with Jodie Kid. For the premiere of Spiderman, she made a web-lace dress.

So the most handsome model and TV star, Maura Higgins, was on cloud nine before the event, and she was hoping for a big one. But things went pretty bad, and poor Maura Higgins was so upset that she had missed a great chance in her life that she couldn’t stop crying. So it was definitely sad news for fans who were looking forward to Maura Higgins’s outstanding performance.