What Is Chris Bosh’s Net Worth? 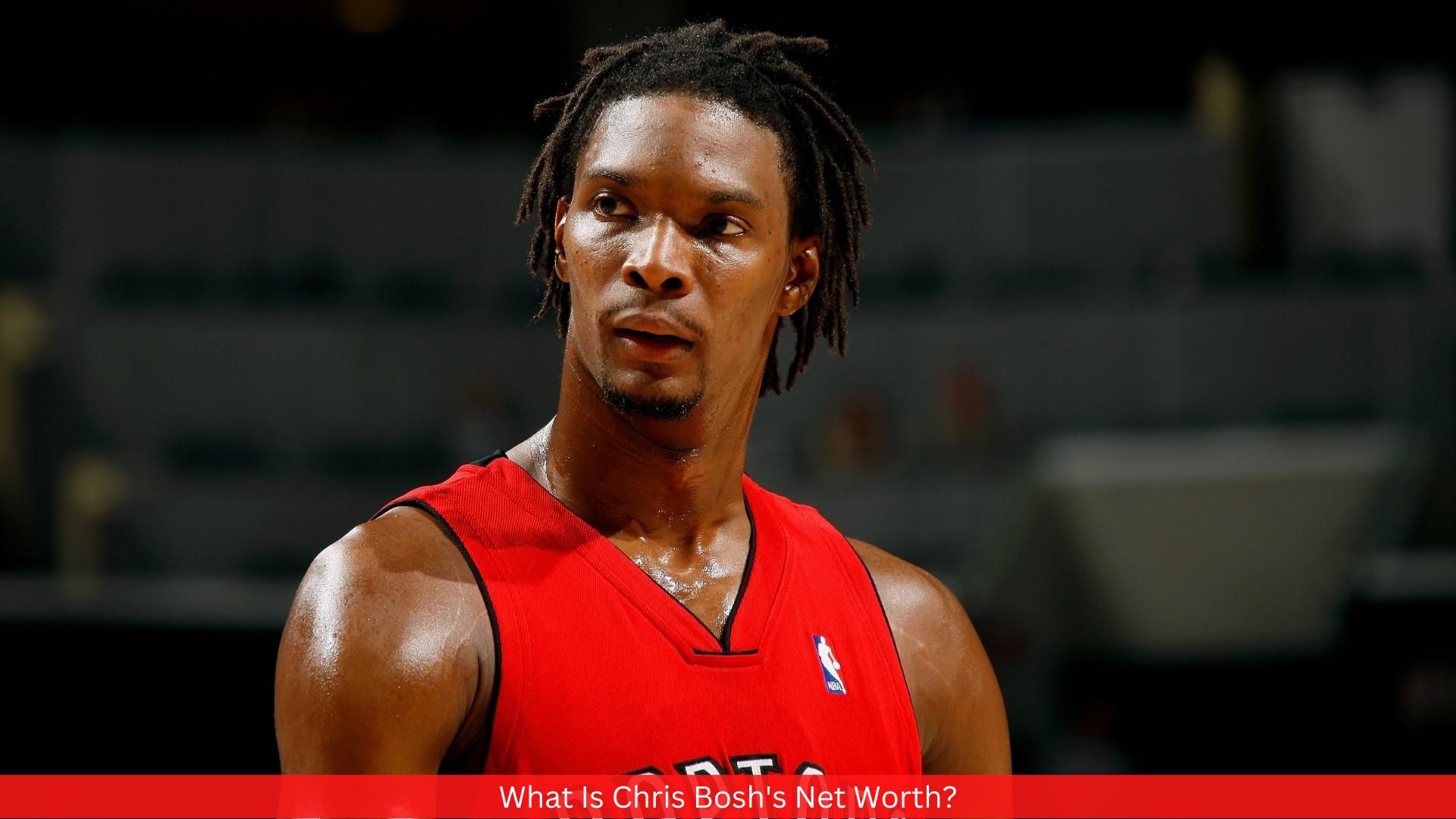 Wesson Christopher Bosh was born on March 24, 1984, and he used to play professional basketball in the United States. He is now retired. He was the “Mr. Basketball” of Texas high school basketball, and he spent one year at Georgia Tech before entering the NBA draft in 2003. With the fourth pick in the draft, the Toronto Raptors chose Bosh.

While with the Raptors, Bosh replaced the popular Vince Carter as the team’s leader and face. He also became a five-time NBA All-Star, was named to the All-NBA Second Team once and played for the United States national team, with whom he won a gold medal at the 2008 Summer Olympics.

With Bosh in charge, the Raptors won their division and made the playoffs for the first time in five years. When he left Toronto in 2010, he had already set team records for points, rebounds, blocks, and minutes played.

Christopher Wesson Bosh came into the world on March 24, 1984, in Dallas, Texas. He was born to Noel and Freida Bosh. He grew up in Hutchins, a town near Dallas. When he and his younger brother Joel were kids, they spent a lot of time shooting hoops in the driveway and other parts of the house.

Bosh’s main sport in high school was baseball, but he also tried karate and gymnastics. Since he was four years old, his father took him to the gym every week, where he played “pick-up” games with other local players. Bosh started taking basketball lessons when he was in the fourth grade.

He went to Lincoln High School in Dallas, where he did very well in school and sports. He participated in the National Honor Society and other engineering student groups. Colleges took notice of Bosh after he helped his high school win the USA Today National Championship and become known across the country.

He has won many awards and honors, including High School Player of the Year from Basketball America. Bosh was heavily recruited by schools like the University of Florida and the University of Memphis, but he decided to go to Georgia Tech and play basketball for coach Paul Hewitt.

The Toronto Raptors picked Bosh with the fourth overall pick in the 2003 NBA draft. He was picked the same year as LeBron James, Carmelo Anthony, and Dwyane Wade. He joined the Raptors on July 8, 2003.

But not long after that, the Raptors’ starting center, Antonio Davis, was traded to the Chicago Bulls. This meant that Bosh had to play center in his rookie year, even though he was drafted as a power forward.

Even though Bosh was small and often played against bigger, stronger, and more experienced forwards and centers on the other team, his hard work and dedication paid off. He averaged 11.5 points, 7.4 rebounds, 1.4 blocks, and 33.5 minutes in his first 75 games.

In terms of points, rebounds, and blocks, these were the best numbers ever for a rookie. With 557 rebounds in his first season, he also set a new record for the team. The NBA saw how good Bosh was and put him on the All-Rookie First Team for 2003–2004.

Bosh played for the Toronto Raptors from 2003 to 2010. During his time on the team, he did a lot. Starting in the 2005–2006 season, he was one of the team’s captains, and he was chosen to play in the 2006 NBA All-Star Game, becoming only the third Raptor in franchise history to do so.

After that, he was picked for the All-Star team many more times. Between 2006 and 2016, he was picked eleven times. When he left the Raptors in 2010, he already had more points, rebounds, blocks, and minutes played than Vince Carter, who was a fan favorite and former leader.

Bosh played for the Toronto Raptors from 2003 to 2010. During the time he was on the team, many things were done. Starting with the 2005–2006 season, he was one of the team’s captains. He was also chosen to play in the 2006 NBA All-Star Game, making him only the third Raptor in franchise history to do so.

After that, he was picked for the All-Star team more than once, making a total of eleven appearances from 2006 to 2016. Before he left the team in 2010, he had already passed Vince Carter, another fan favorite, to become the Raptors’ all-time leader in points, rebounds, blocks, and minutes played.

Also read: What Is Gary Sinise’s Net Worth? Complete Information!

Bosh got married to Adrienne Williams in July 2011. As a couple, they have had five children. He is also the father of Trinity Mathis, who was born from a relationship he had with Allison before.

What Is Chris Bosh’s Net Worth?

Chris Bosh, an American who used to play in the NBA, is worth $110 million. When his career was at its peak, he made $26 million a year. Chris Bosh got rich by playing professional basketball for the Toronto Raptors and Miami Heat in the NBA (NBA). During his career, he made more than $240 million just from his NBA salary.