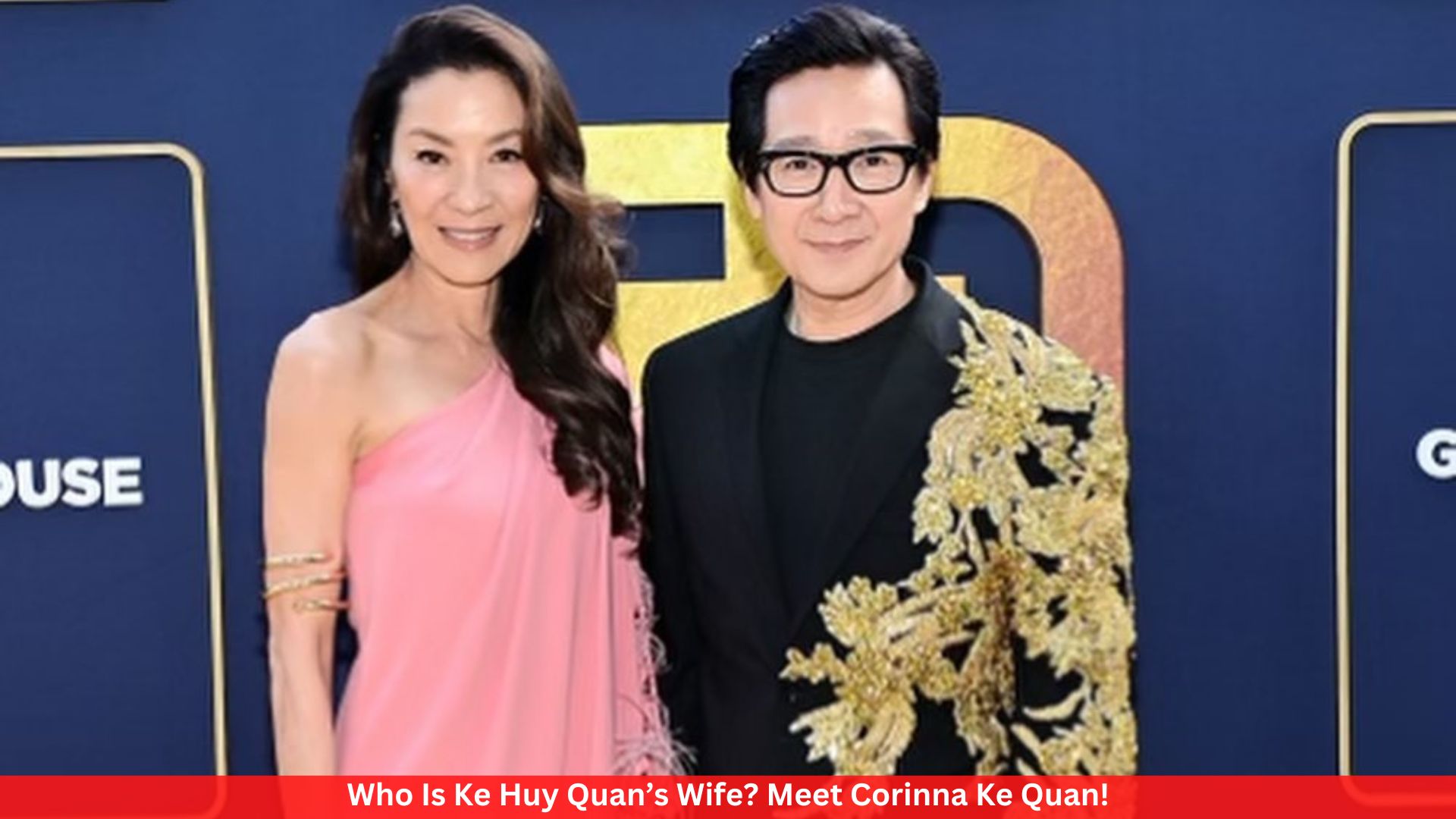 Ke Huy Quan’s comeback in Hollywood kept going Tuesday night when he won the 2023 Golden Globe for best-supporting actor for his work in Everything Everywhere All at Once. Quan’s emotional speech of acceptance showed how far he has come since he was a child star. “I was afraid that after so many years, I had nothing more to offer.” He told me that I would never be as good as I was when I was a kid, no matter what I did.

Quan made sure to mention Steven Spielberg, who directed Indian Jones, during his acceptance speech. He said, “I was taught to never forget where I came from and who gave me my first chance.” “Many thanks, Steven!” Last, he thanked “the most important person in my life, the one person who never stopped believing in me,” which was Echo, his wife. Now that he has won an award, people are more interested in his personal life, especially his relationships with women. The article will talk in depth about his personal life, such as when he got married. Read on to find out what’s going on.

Ke Huy Quan is married to Corinna Ke Quan. She also goes by the name Echo. They were together for two years before they got married. They haven’t told anyone about their wedding, not even the date or any pictures.

In fact, Corinna, Ke’s wife, has never been in the spotlight with him. She’s never been in a photo that her husband posts on social media with her. The actor doesn’t say much about his wife’s private life in public, either.

EW Magazine says that Corinna got mad at Ke when he brought the fanny pack home to practice for the movie Everything Everywhere All At Once and broke some things at his house. He would carry the bag from the living room to their bedroom.

Ke Huy Quan is an American actor and stunt choreographer who was born in Vietnam on August 20, 1971. He is also known by the name Jonathan Ke Quan.

In Everything Everywhere All at Once, Quan plays Waymond Wang, the sweet husband of Evelyn Wang (Michelle Yeoh) who is sad to be getting a divorce because he thinks his marriage has grown cold. But in the multiverse, Waymond goes from being a calm co-owner of a laundromat to a skilled and dangerous martial artist who wants to save the world from destruction.

How Quan came back after 40 years is one of the most interesting stories of the season. When Quan was a child in the 1980s, he was in movies like “The Goonies,” “Indiana Jones and the Temple of Doom,” and “The Karate Kid.” As an adult, because he was Asian, he couldn’t find acting jobs in Hollywood, so he worked behind the scenes as a stunt coordinator and assistant director. Crazy Rich Asians, which came out in 2018 and starred Yeoh, gave Quan new hope for work in Hollywood, and when directors Daniel Kwan and Daniel Scheinert asked him to act again, he did.

Quan wants to keep acting. He will soon be seen in the Disney+ show American Born Chinese, and he recently talked to Vanity Fair about his comeback: “When I was in front of the camera, I felt like I was alive. I don’t know how to explain it, but I haven’t felt that way in decades. I still feel alive though.”