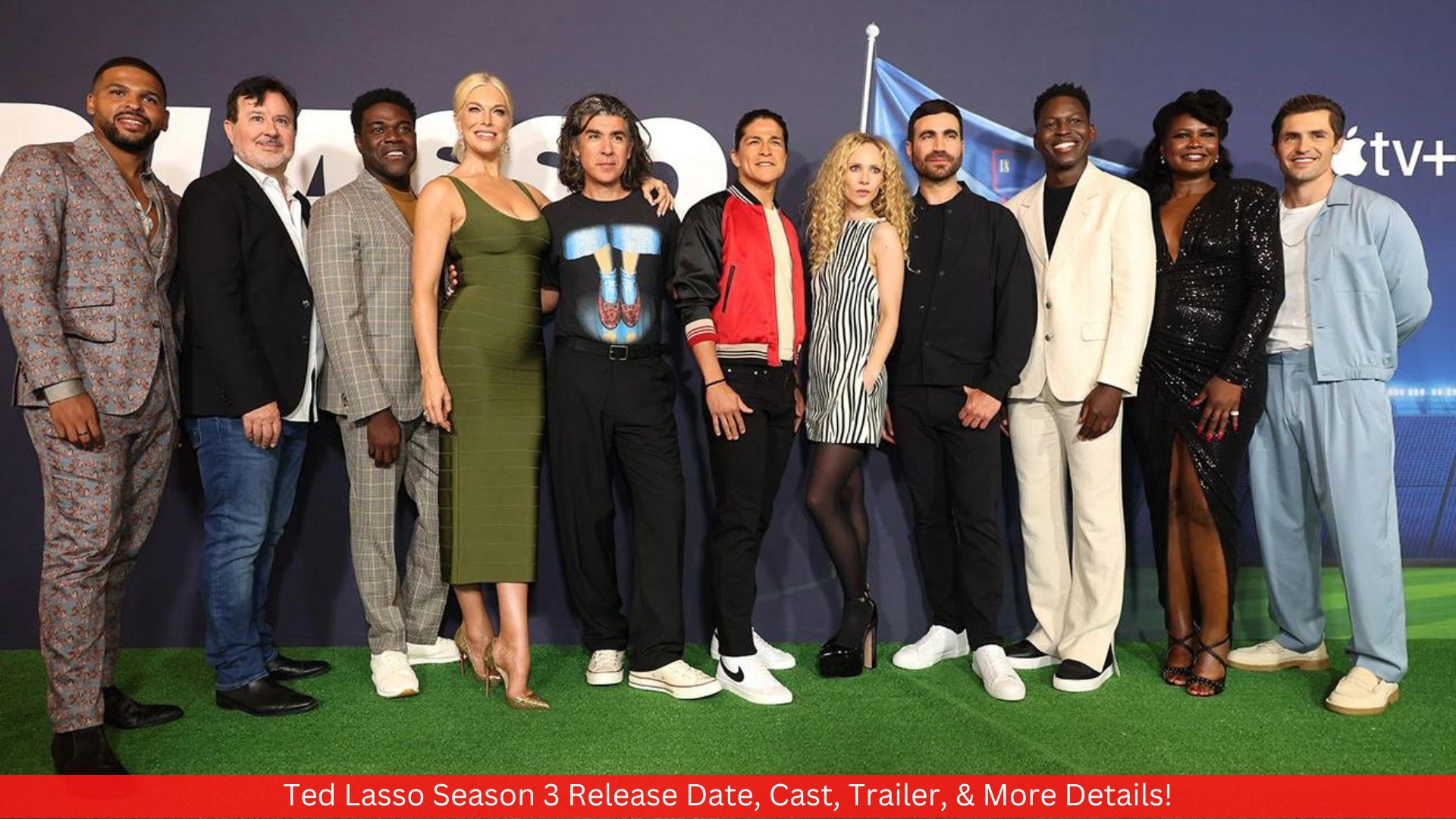 This article talks about Ted Lasso Season 3’s release date, cast, plot, and episodes. Ted Lasso is a sports comedy-drama show on Apple TV+. Soon, the third episode will air. Read the whole post if you want to learn more about Season 3 and are also excited about it.

The makers of the sports comedy-drama show Ted Lasso, which is on Apple TV+, have not yet confirmed when Season 3 will come out. Sources say that filming for Ted Lasso’s third season began in March 2022.

As a result, it is expected to come out in early 2023. There are rumors that Season 3 of Ted Lasso will be the last episode, but this has not been confirmed. Because of this, we can’t be sure. Fans and critics alike have said great things about this sports comedy-drama show.

Ted Lasso is an American sports comedy-drama show that is based on a role that Jason Sudeikis played for NBC Sports. The people who made the show are Bill Lawrence, Jason Sudeikis, Joe Kelly, and Brendan Hunt.

The actors in the Ted Lasso series have also won the love and respect of the public and critics for how well they play their roles. The first season of The Ted Lasso was nominated for 20 Primetime Emmys, which made it the most nominated show in Emmy history. In 2021, the comedy-drama show won the Primetime Emmy Award for Outstanding Comedy Series.

Also read: Know All About Francis Ngannou – Details Inside!

In the table below, you can see the full cast list for the Apple TV+ sports drama-comedy show, Ted Lasso.

Jason Sudeikis has won many awards for his role as Ted Lasso, including the Golden Globe Award for Best Actor in a Musical or Comedy Television Series and the Screen Actors Guild Award for Outstanding Performance by a Male Actor in a Comedy Series.

The cast and crew started filming Season 3 in London in March 2022, but it’s not clear if or when it was done.

When his new single was set to come out in October 2022, Jeremy Swift tweeted that he couldn’t do much to promote it because he was “still filming #tedlasso.”

Arlo White, a sports commentator who has been on the show before, said on Twitter on November 9 that he was done filming for season 3 of the show.

At the moment, there is no confirmed date for Season 3. The magazine GQ says that the show’s production was slowed by script changes and delays and that new episodes won’t air until 2023.