6 Best Horror TV Series to Watch with Your Friends 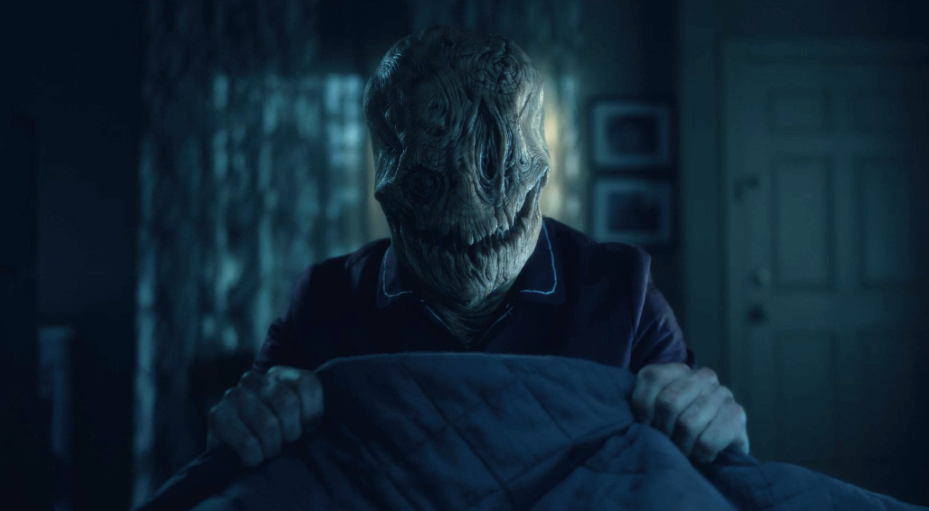 Fear isn’t to everyone’s taste. While many of us avoid terrifying situations, a lot of us actively pay for them and seek them. Why? Because it sets off mental triggers in us. People who wish to immerse themselves in fascinating yet terrifying experiences and fulfill their curiosity about the dark side of their thoughts enjoy horror films. It allows you to go into the writers’ dark and terrifying fantasies. After all, what we don’t want to encounter in real life may be enjoyed in movies, right?

If you’re planning a Halloween sleepover party with your buddies, we’ve got you covered. All you need is a good TV package that can offer you a good range of movie channels as well as an on-demand option. For that, we recommend you check out the Xfinity tv packages. With this, you can watch some of the most terrifying horror movies and series in high definition. With over 185 channels and a fantastic HD display, you are guaranteed to enjoy some of your favorite shows and movies of all time.

If you can’t decide what horror TV series to watch with your friends, the following list of some of the top selections can help you out.

The Walking Dead is set after a zombie apocalypse and tells the tale of the survivors. It follows a group of survivors led by former detective Rick Grimes as they look for a safe and secure haven. The survivors strive to stay alive while being attacked by zombies known as “walkers” on a near-constant basis. Following the collapse of modern civilization, however, these survivors have been forced to cope with other human survivors who have formed groups and communities with their own set of rules. The continual skirmishes between opposing groups finally lead to a war of fury and bloodshed. The show’s popularity has endured for 11 seasons, providing its viewers with a nonstop roller coaster of horror and mind-bending suspense.

Following the terrible death of an au pair, Henry recruits a young American nanny to look after his orphaned niece and nephew, who live with their chef Owen,  housekeeper Mrs. Grose, and groundskeeper Jamie, at Bly Manor. However, nothing is normal in this aesthetically pleasing Manor, as Dani, the young nanny witnesses terrible spectral happenings and sees mysterious objects like dolls distributed across the manor. The weird unpredictable behavior of the children possessed by the spirits of the manor’s long-dead residents creates a disturbing yet suspenseful experience. The series is well-written and presented with incredible effects that give viewers the chills.

If you are a fan of classic literature, this series might be your next favorite. Your beloved but horrifying characters, such as Dr. Frankenstein and his monster, legendary figures from the novel Dracula, Dr. Henry Jekyll, and Dorian Gray, lurk in the darkest depths of dismal Victorian London, where the fight between good and evil never ends. In a complicated, terrifying storyline, they’re joined by a handful of original characters. The show’s title is also a reference to a sensational style of fiction prevalent in the United Kingdom throughout the nineteenth century, known as Penny Dreadful. The series exposes the perils of loneliness and inner demons that might be more terrifying than any monster.

Bryan Fuller created this masterpiece American psychological thriller-horror television series, Hannibal for NBC. The series is based on a trilogy of novels by Thomas Harris and follows FBI forensic investigator Will Graham and Dr. Hannibal Lecter, a forensic psychiatrist who is destined to become Graham’s most formidable adversary. The series lasted three seasons and was favorably received by audiences all around the world.

To mention a few of its strengths, it boasts interesting characters, insightful conversation, and compelling cinematography. The series’ ominous and frightening tone keeps you riveted to the screen while hunting a sophisticated and unpredictable serial killer, Hannibal Lectre.

This is a horror series with a different plot in each season.  Each season comes with a different location including a  mansion with a deadly past, a mental asylum, a sorceress cult, a spooky motel, a haunted farmhouse, the apocalypse, a horror summer camp, and a depressing beach town and desert valley. The series has several positive aspects, including a wide cast of actors, including some of the most well-known actors, a fresh plot each season, and the tension of the storylines. You don’t have to watch the entire season in one sitting because each season tells a new and distinct tale.

The story alternates between two timeframes: the present day, in which the five adults live under the Hill House Mansion’s paranormal experiences, and flashbacks of a previous tragic night in 1992, which resulted in terrible occurrences for the family living in the mansion in the past. The Haunting of Hill House’s central theme is sadness, as well as the terror that comes with it, the fear of losing the people you care about, and the fear of not being able to protect them. The fear can transform people into monsters that is what happens inside the Hill House mansion. The series’ eerie and terrifying scenes, as well as a fantastic plot, have made it famous among viewers, and it has remained the most-watched series for a long time.

We all enjoy a scary night in with our friends, and what could be more frightful than a chilling horror series? We have picked some of the most popular horror shows above that you will undoubtedly enjoy binge-watching with your buddies.

Carol is a 28 year old and a very enthusiastic writer, who is keen to educate the audience with the right information about hot and trending topics. Carol joined TheAltWeb in 2018 and serves as one of the lead writers here on TheAltWeb. Carol covers all the things Netflix movies and TV shows but specializes in covering Sitcoms and Celebrity News. Resides in Texas.

Basic Steps To Prevent Cyber Attacks And Protect Yourself

HOW CAN TECHNOLOGY IMPROVE PERFORMANCE WHILE STUDYING