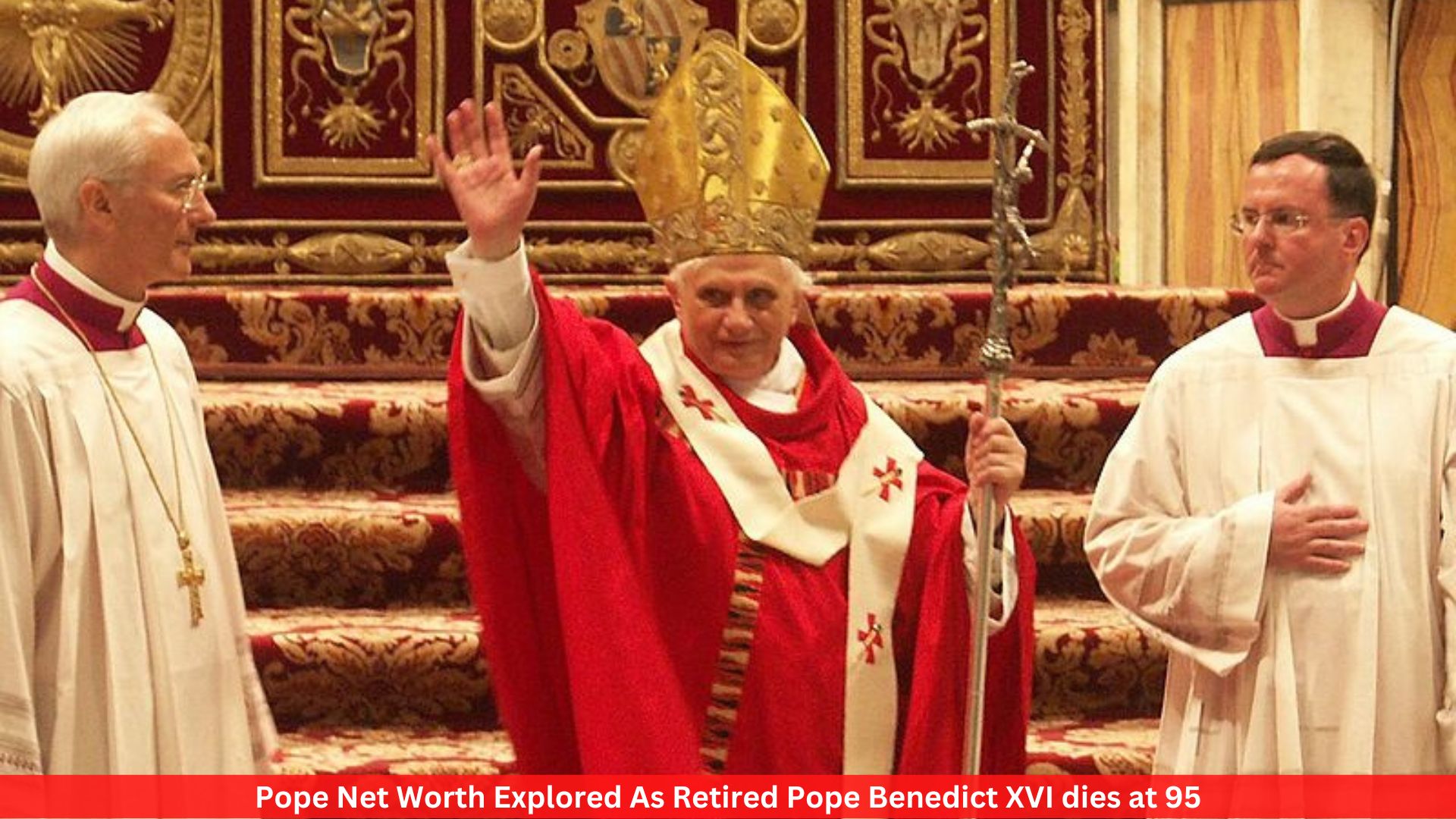 Pope Benedict XVI died in Rome on Saturday at age 95. He was the first pope to step down since the 1500s.

Joseph Ratzinger was born on April 16, 1927, in the German state of Bavaria. After World War I, he grew up in Germany as the Nazi regime was getting stronger. He went to school to become a theologian. After Pope John Paul II died in 2005, Ratzinger was chosen to be his successor. He had been the Vatican’s top enforcer of orthodoxy for 25 years. He was the first pope from Germany since the 1100s.

Outside of the Catholic Church, he is best known for his sudden resignation, which was the first papal abdication since 1415, and for his life as the world’s first “pope emeritus” in hundreds of years.

The fact that his Roman Catholic family was harassed and punished by the Nazi Party because they didn’t agree with the government’s policies made him want to devote himself to the church.

As the head of the Catholic Church, Pope Benedict XVI was a spiritual leader and not a wealthy person. He lived a simple life dedicated to serving the Church and its members. The pope’s salary and expenses were covered by the Vatican, which is a sovereign city-state in Rome that is the center of the Catholic Church. The Vatican has its own budget and financial resources, which are used to support the work of the pope and the Church. Let’s find out the retired Pope’s net worth at the time of his death.

What Was Pope Benedict’s Net Worth?

Pope Benedict XVI resigned in 2013 due to declining health and advanced age, becoming the first pope to do so since the 15th century. After his resignation, he was entitled to receive a retirement pension, as is standard for many religious leaders and clergy.

According to some estimates, Pope Benedict’s net worth is about $2.5 million. CNBC reported in 2013 that after he stepped down as head of the Catholic Church, he continued to get a monthly pension of about $3,300.

Pope Benedict XVI did reside at a monastery in Vatican City after his retirement in 2013. The monastery, called Mater Ecclesiae, is located inside the walls of the Vatican and was originally built for nuns. Pope Benedict XVI decided to live there after his resignation in order to lead a life of prayer and contemplation. He continued to be involved in the life of the Church and received visitors, but did not participate in public events or make public statements.

When young Ratzinger was given the responsibility of bringing flowers to Archbishop Michael von Faulhaber of Munich, he was immediately inspired to join the priesthood. At age five, Ratzinger was inspired by the priest’s regal appearance and crimson robes to declare his future career path: cardinal.

In an old interview with the New York Times, Benedict recalled that the cardinal’s “look, bearing, and the knickerbockers he was wearing” had left a lasting impact on him.

Pope Benedict Was Drafted Into The German Military

Pope Benedict XVI, born Joseph Ratzinger, was a theologian and the head of the Catholic Church from 2005 to 2013. As a young man in Germany, he was mandated to join the Hitler Youth, but was later drafted into the military during World War II and deserted in April 1945 after witnessing the horrors of the war. He was captured by American forces and held as a prisoner of war before returning to Germany and re-entering the seminary with his brother, Georg.

The two were ordained on the same day in 1951 and Ratzinger went on to have a successful career in the Church, becoming Archbishop of Munich and Freising in 1977 and a cardinal under Pope Paul VI in the same year. He was known for his scholarship and writing, as well as his efforts to address the issue of sexual abuse in the Church. Pope Benedict XVI resigned in 2013 due to declining health and advanced age, becoming the first pope to do so since the 15th century.