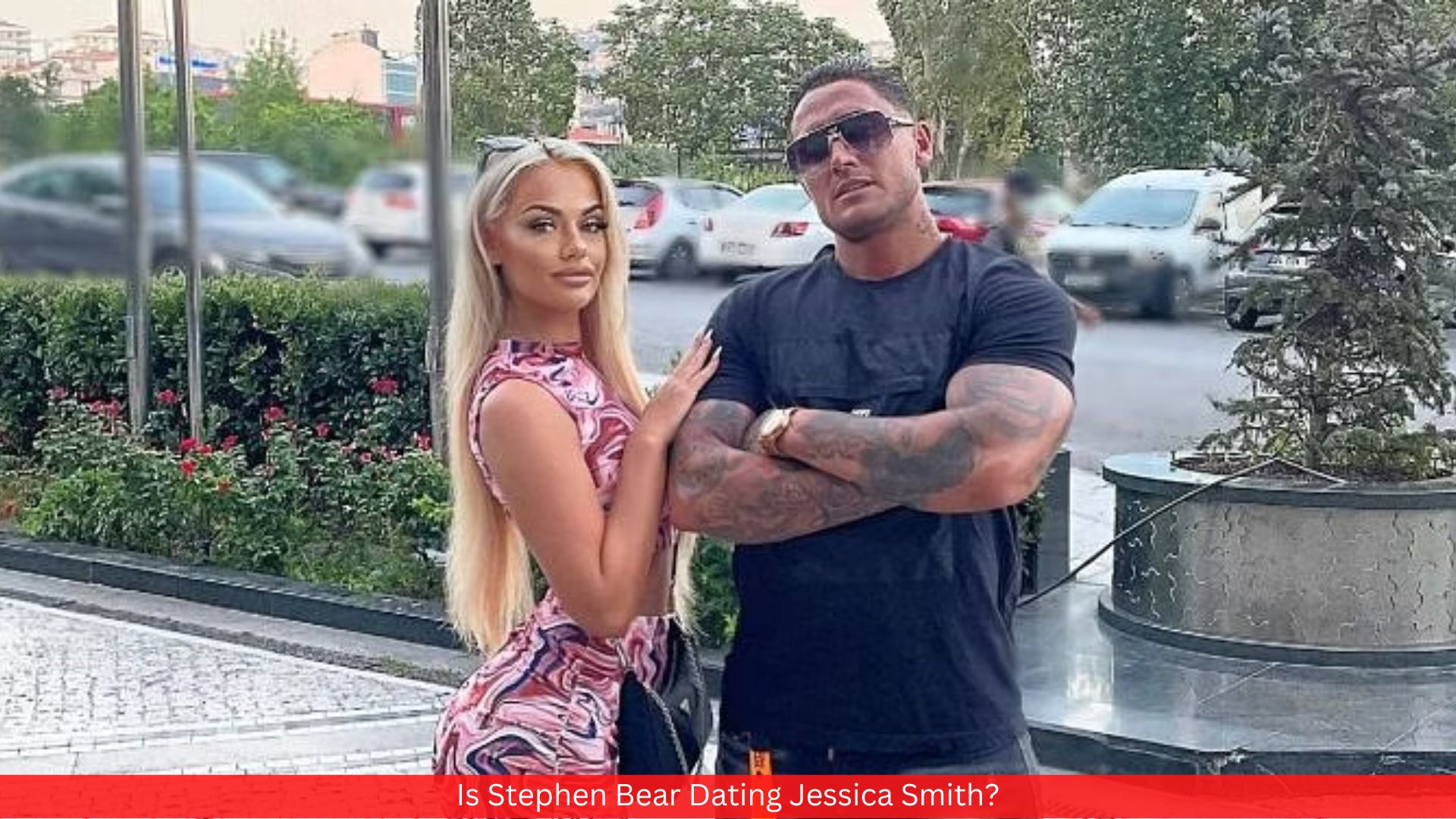 Jessica Smith and Stephen Bear are a very interesting couple who are getting a lot of attention on social media because of their explicit and funny posts. We all know that Stephen Bear has been in the spotlight before since his job requires him to be on a number of reality shows. But this is the first time that his girlfriend has put herself in the spotlight. Let’s take a close look at two couples who have been all over social media lately.

The cute blonde Jessica Smith went viral when a video of her doing a sex act on her boyfriend Stephen Bear went viral in a way that no one could understand.

So, after the sex act video went viral, many fans are wondering how the two met and how Jessica could have been attracted to Stephen Bear so soon after he put out a public call for a girlfriend that seemed so pointless.

A lot of fans went on the internet to find out who Jessica Smith is and how she met Harry Styles.

Sources say that Jessica Smith is one of the beautiful online models who has built up a virtual following on sites like Twitter and Instagram, but mostly on the adult content subscription site OnlyFans.

After the video went viral, it only got just under 100,000 likes, but her naked and sexual acts were shared outside of the platform. Jessica Smith has more than 53,000 people who follow her on Twitter and 14,000 on Instagram.

But if we look at her tik tok, she only has 123 followers. But more than 67K people follow her on PG websites, which makes her one of the most interesting online models.

Jessica Smith said this about herself on the adult website OnlyFans: “I love finding out what you like and making your dreams come true. What you’re looking forward to.”

When Did Stephen And Jessica Meet?

It is hard to say exactly when and how the couple met, but it is clear that they did so in May of 2021. They hadn’t posted anything on social media until July when Stephen Bear posted a video of himself licking the feet of a mysterious woman on Twitter.

After that, in August, Jessica Smith posted a video to social media showing Stephen Bear licking her toes. Both of them are soaking up the sun and having a great time on vacation at one of the hotels in Turkey by a swimming pool.

If we go back in time, Stephen Bear posted another video on Twitter in July, and if we look closely, we can see that Jessica is lying in the background without a shirt on.

Before he wrote those interesting blog posts and started dating Jessica Smith, Stephen Bear posted on Instagram asking his followers to message him directly because he was looking to settle down and was open to dating one of his fans.

Even though they shared videos and photos on each other’s social media accounts, they didn’t make it official that they were dating. The couple didn’t conform until August, but at the end of August, Jessica posted a photo of herself with Stephen Bear with the caption “He’s got my heart.”

After Jessica’s official post, Stephen Bear put the same picture of her on his Twitter page and wrote, “Every king needs a queen.” Stephen Bear used to call Jessica his “girlfriend” before he posted their picture as a public announcement.

Also read: All You Need To Know About The Good Doctor Season 6!

Stephen Henry Bear was born on January 15, 1990, and he is a well-known TV personality. He was born on the edge of Walthamstow, a neighborhood in London, England. He is now 32 years old and very active.

Stephen Bear’s first time on TV was in 2011 on the show Shipwrecked. After his first show, Shipwrecked, he was able to get on another show, Ex on the Beach, which aired on MTV in early 2015.

Even though Stephen Bear had a good job, he was arrested in January 2021 for giving out sexual photos without permission. Stephen Bear was found guilty of voyeurism and sharing private sexual photos and videos on December 13, 2022. He is said to have put videos of his ex-girlfriend, Georgia Harrison, on the website OnlyFans, where they quickly gained a lot of attention.

Georgia Harrison said that she had a right to privacy and that she had told people not to share the video. At the same time, Stephen Bear says that he only showed the footage to George Harrison and no one else.