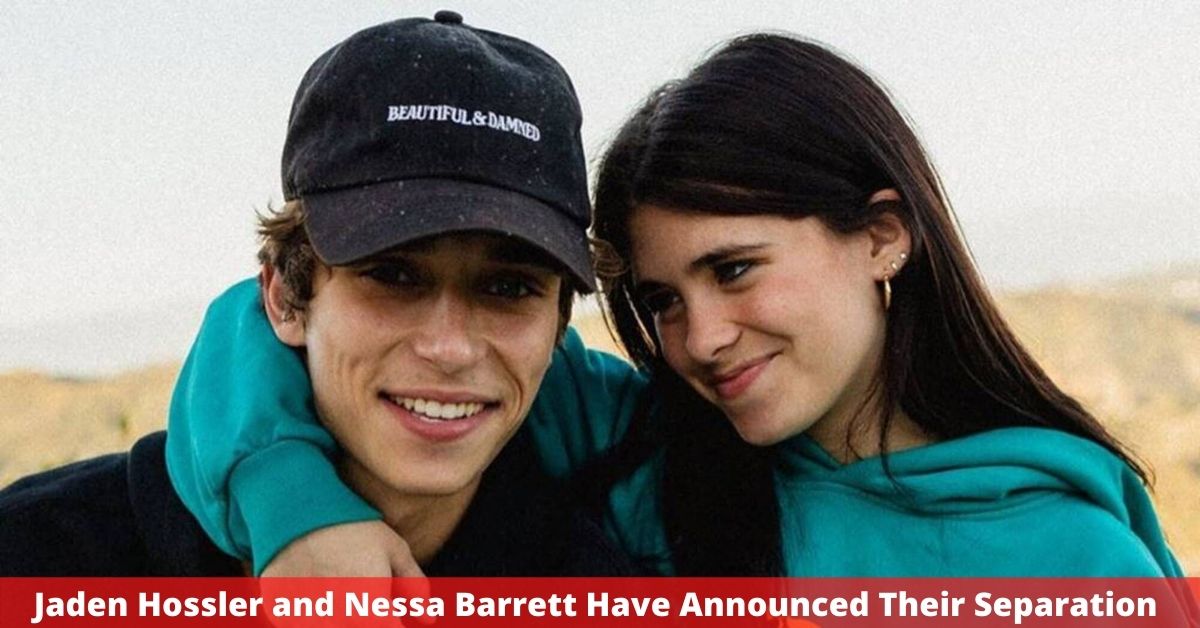 On May 2, 2022, Jaden Hossler (aka Jxdn), an influencer who began his musical career in February 2020, and Nessa Barrett, who released her debut track, “Pain,” in July 2020, announced their breakup.

After working on Nessa’s smash song “La Di Die,” Jaden and Nessa began spending time together. In the summer of 2021, they made their relationship official. Why did they call it quits? What went wrong?

Why did Jaden Hossler and Nessa Barrett end their relationship?

“Last month we broke up to take time to focus on our own careers and mental health,” Jaden and Nessa wrote. “Please don’t send hate or make assumptions. We would like to heal privately and hope you all can respect that. We love you all so much.”

The announcement did not go down well with fans.

“I wish @jxdn and @nessabarrett all the best in their recovery from their breakup. I adore you both. Even though reading of the breakup has hurt me as a fan, both of you have helped me so much with your music, and I am grateful. I will continue to back you both up “@noa hanrahan tweeted.

@ishbishhhh said, “I need Nessa Barrett to create the best breakup record of this summer.”

In the first half of 2021, Jaden Hossler and Nessa Barrett began dating

Jaden and Nessa had known one other for a long time. Before it closed in February 2021, they both spent a lot of time in the Sway House.

Jaden rose to prominence on social media as a founding member of Sway House, amassing 9.4 million TikTok followers and 4.5 million Instagram followers. He began his musical career at the same time as Griffin Johnson and other members of Sway House.

Nessa rose to prominence through social media as well. In the second half of 2019, she began dating Josh Richards, the writer of the popular song “Still Softish.” Nessa and Josh, who have been dubbed “the dream couple,” announced their separation in June 2020.

The initial few weeks of Jaden and Nessa’s relationship were marred by conflict.

Josh and Nessa appeared to have reconciled their differences. Josh and Jaden were excellent buddies until the news of Nessa and Jaden got out. Meanwhile, Nessa and Madison Lewis, the Chicken Girls actress and social media personality Jaden dated on and off between 2019 and March 2021, had a public feud.

Josh and Madison Lewis, in an unexpected turn of events, sparked dating rumors in the spring of 2022 by appearing in a series of images and short films together. Speculation about their romance has reached new heights.

Mads told BFFs presenter David Portnoy, “We were pals previously and we produced TikToks before.” In the past, she did use the same phrase to describe her ex, Christian Plourde.