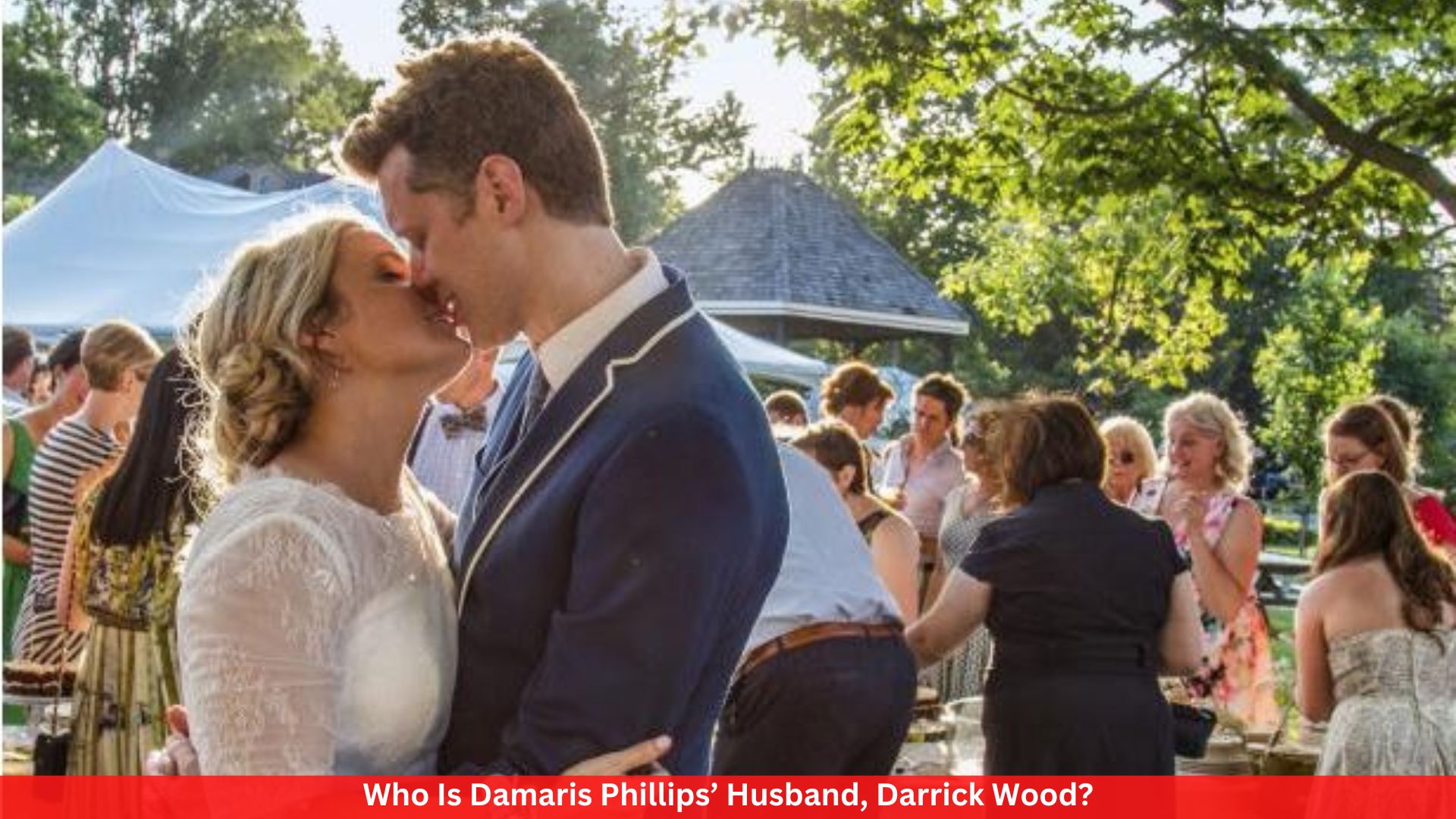 American chef and TV personality Damaris Lennon Phillips became well-known after she won the ninth season of the hit Food Network show Food Network Star. Then, for five seasons, she was the host of the cooking show Southern at Heart, where she showed off her southern cooking skills. In 2018, she teamed up with the famous chef Bobby Flay to co-host the Food Network show The Bobby and Damaris Show.

Damaris Phillips is a successful chef and TV personality, and her husband, Darrick Wood, is a rock-solid support system for her. Even though she loves meat, her husband Darrick is all about the vegetarian lifestyle. In fact, when they got married, they chose not to have any meat at their wedding. Instead, they served tasty things like hummus sandwiches and colorful salads.

Keep reading the post to find out everything we know about Damaris and Darrick’s marriage.

When Did Damaris And Darrick Start Their Relationship?

Darrick Wood, a talented chef, and TV personality turned out to be the perfect match for the talented chef TV personality. They got married on June 13, 2015. The couple got married in front of 235 of their friends and family at the beautiful Willow Park in Louisville, Kentucky. The wedding ceremony was a beautiful mix of southern charm and elegance. An outdoor lounge set the scene for a cozy and intimate cocktail hour.

Damaris and Darrick don’t have any kids yet, but they enjoy spending time together and are happy with their lives.

Darrick is a radio host, so he often joins Damaris on her cooking adventures. Together, they make a great team in the world of food. On Instagram, you can often find the couple trying out new recipes and flavors, with Darrick giving his honest opinion and unwavering support for Damaris’ culinary creations.

Damaris Phillips is a cooking teacher. She has a degree in Culinary Arts from Jefferson Community and Technical College. “I didn’t know what to do with my life,” she said, so she decided to go to cooking school. Phillips was a contestant on the ninth season of the Food Network show Food Network Star, which aired in early 2013. On August 11, 2013, she was named the winner of the competition. As a prize, Food Network gave her a show called Southern at Heart. The first episode of the show aired on October 27, 2013, and it ran for five seasons between 2013 and 2016. Most seasons had 13 episodes. On April 19, 2015, 816,000 people watched an episode that aired.

She has been co-hosting The Bobby and Damaris Show on Food Network with Bobby Flay since September 2017. In October 2017, she started co-hosting the Cooking Channel show Southern and Hungry with her brother-in-law, Rutledge Wood. Damaris is often seen on Guy’s Grocery Games, both as a judge and as a chef who is competing.