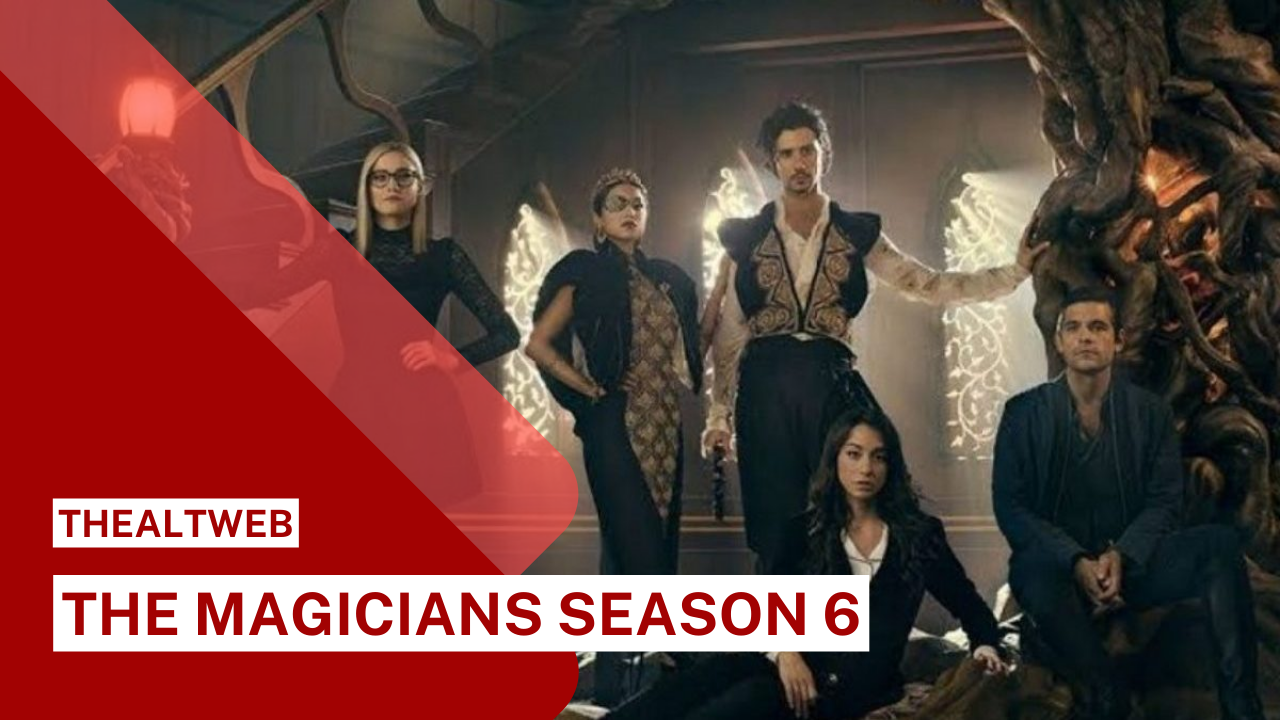 We were originally fascinated by The Magicians in December of 2015, and we’ve been under their spell ever since.

However, Syfy chose to end the series in April 2020, much to the dismay of its devoted fans, after five seasons.

“It played out practically every season,” said co-creator John McNamara.

“We never knew if we’d be picked up until the fourth and fifth seasons. It was always about the finances – never about the creative – and you always know there’s a narrow line between what a programme takes in and what it costs.

Sera Gamble, a co-creator, stated, “We understand this as the show’s creators. We had a feeling heading into this season that Syfy, as our first platform, was approaching the point where ‘The cup is full and there’s no more room.'”

“It’s not going to necessarily expand in terms of revenue,” McNamara noted, “but it will cost more.”

Could a new network or streaming service save The Magicians?

Everything you need to know is in this article.

When will the sixth season of Magicians premiere?

Fans thought that a streaming service like Netflix would save The Magicians from cancellation, but 18 months after Syfy cancelled the show, there is still no positive news, and it becomes more improbable that the magical series will be revived.

At the time of cancellation, Syfy made the following statement:

In a statement, Syfy said, “The Magicians has been a member of our Syfy family for five amazing seasons” (via Variety). “We want to congratulate John McNamara, Sera Gamble, Henry Alonso Myers, Lev Grossman, and our entire outstanding cast, crew, writers, and directors for their wonderful work as we approach the finish of this trip. Above all, we appreciate the fans’ unwavering support and enthusiasm. We shall always remember magic because of you.”

Who will be in the Magicians season 6 cast?

All of the primary cast members, including:

Many of the actors have moved on to new projects, including Stella Maeve, who is working on a new drama about cult leader Charles Manson’s female followers; Rick Worthy, who is now in Station 19; and Brittany Curran, who is in the sci-fi series FraXtur.

Stella Maeve was asked about her favourite experience from the series’ production in 2019. (via Showbiz Junkies).

“My all-time favourite comes to mind. It’ll probably involve Jason (Ralph, who portrayed Quentin) and making me laugh. He convinced me in season one that he was always wearing a wig. I went to touch it when we were filming the final episode of the season. He performed a hair-moving trick. When your skin is movable, you know it. “Oh my god, it’s a wig,” I exclaimed. It was not the case. For me, that was shocking. ‘Whoa, I didn’t know anything,’ I exclaimed.”

What will the plot of Magicians Season 6 be?

The programme had to explore new terrain after the death of Jason Ralph’s protagonist in season four.

Sera Gamble, the show’s executive producer, said with The Hollywood Reporter about the show’s future significance following his death: “Quentin’s tale isn’t finished with The Magicians. It’s because Jason Ralph is no longer a series regular on the programme, Quentin Coldwater is no longer alive, and the drama now revolves around the fallout…

“Jason has left the show, and Quentin is dead, so a lot of season five is about what happens next, just like when someone in our lives dies, and the next season of our lives is about what occurs.”

When will we get the Magicians season 6 trailer?

Season six will not have a trailer due to the show’s cancellation (and no season six, either).

Prime Video has all five seasons of The Magicians.