5 Predictions for the Future of VR Gaming 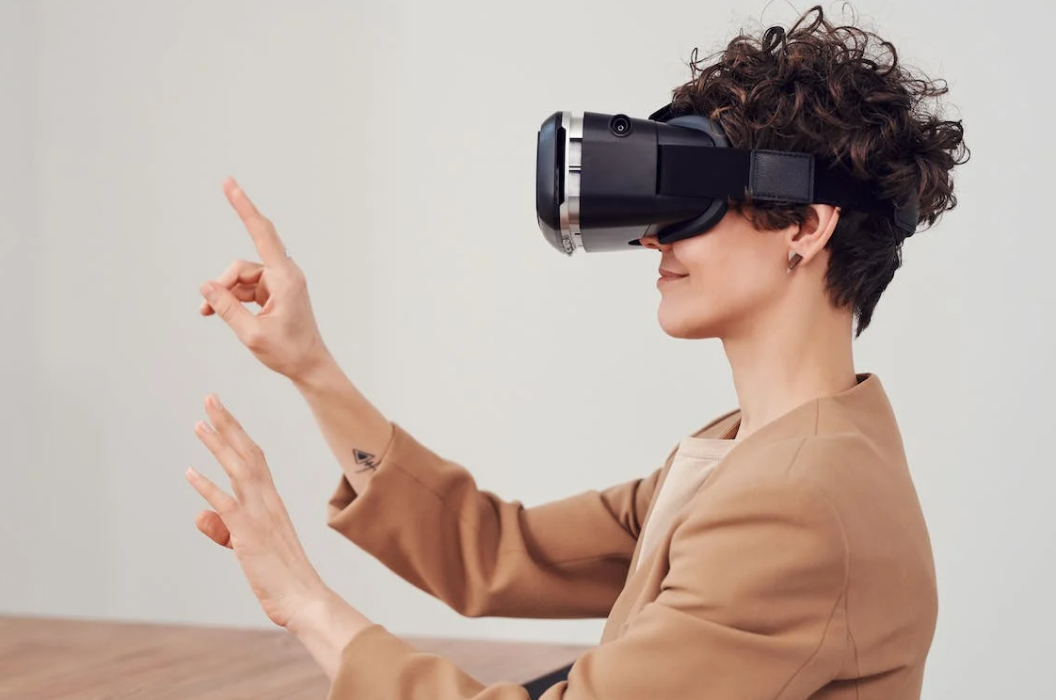 VR gaming has come a long way in the past few years. Initially remembered as a quirky technology that failed to take off in the 1980s, it’s now one of the fastest-growing sectors of the gaming industry. From starting headsets like the PSVR and Oculus Quest to the very expensive HTC Vive, VR has advanced in various ways, ultimately becoming both more sophisticated and more accessible.

Even given this progress, one can’t help but wonder what’s next for the future of VR gaming. We already have a number of successful titles and genres, and improvement is ongoing. The next PSVR headset is rumored to have a number of major innovations, for instance, including a single-wire setup and a new VR controller, according to The Guardian. But what broader changes might we see in the near future?

Let’s get the most obvious one out of the way first. If you’ve been anywhere near the internet in recent months, chances are you’ve heard of the Metaverse. It’s a catch-all term used to describe an online space in which people are able to access both entertainment and work. Think TRON or Ready Player One, but in the real world, and likely not as entertaining (or dangerous).

VR plays a key role in the Metaverse experience, helping to transport players into various 3D worlds that large tech corporations intend to build. It’s one of the main reasons why Meta (then Facebook) purchased Oculus way back in 2014.

2020’s lockdowns, brought on by the COVID-19 pandemic, gave rise to a massive spike in social gaming activity. Titles like Among Us and Fall Guys brought gamers of all abilities together to play across a number of platforms and devices. And now, social games are making the jump to VR, with the release of Among Us VR signaling the advancement (though there are plenty of other examples as well). As we steadily head towards “metaverses” becoming the new norm, you can expect to see even more games launching that double as, essentially, new social networks.

Many of us always dreamed of being on TV, taking part in shows like Who Wants To Be A Millionaire and The Price Is Right. And in recent years, we have seen a rise in games that seek to provide these experiences to players. There are numerous apps that turn popular game shows into simple quiz games. Additionally, online gaming provider Foxy Bingo has incorporated a variety of game shows into its casino offerings, such as Deal or No Deal and Monopoly Live, even going so far as to have real live hosts running the games over video. We haven’t actually seen much game show activity of note in VR just yet, but these examples from the wider world of gaming provide a blueprint. In particular, the casino quiz shows, with interactive hosts, would seem to provide a perfect blueprint for popular game show experiences in VR.

With a push on metaverses, social activity, and whole new genres of popular games on the horizon, VR gaming is about to face a need to become a lot more accessible. Whether through mobile VR options or the increasingly affordable Oculus Quest, prices in virtual reality are beginning to become more reasonable. Once considered a hobbyist niche, VR is as a result becoming a more common addition to gamers’ preferences. These trends are likely to keep up in the coming years as investment pours into VR and efforts are made to make the medium more affordable still.

One branch of the gaming world that has always been ahead of the technology curve is poker. Having adapted to all the major tech innovations of the last few decades, poker is well positioned to take on the new frontier of virtual reality as well. In fact, there are already some fairly impressive VR poker titles in existence. But with VR gaming activity continuing to expand and evolve (and with the Metaverse on the way), it’s a virtual certainty (no pun intended) that we will see massive investments in poker. In time, it’s likely that the next generation of VR poker games will be among the most impressive and popular games in the category, simply because there is such demand where this genre is concerned.

Thank you for reading our list of predictions! We never know exactly what VR will bring us next, but the suggestions above reflect what we know about how things have gone so far and what may be around the corner.

Can You Use Kratom Shots if You Have a Cold?

The Most Esssential About Online Slot Games You Should Know