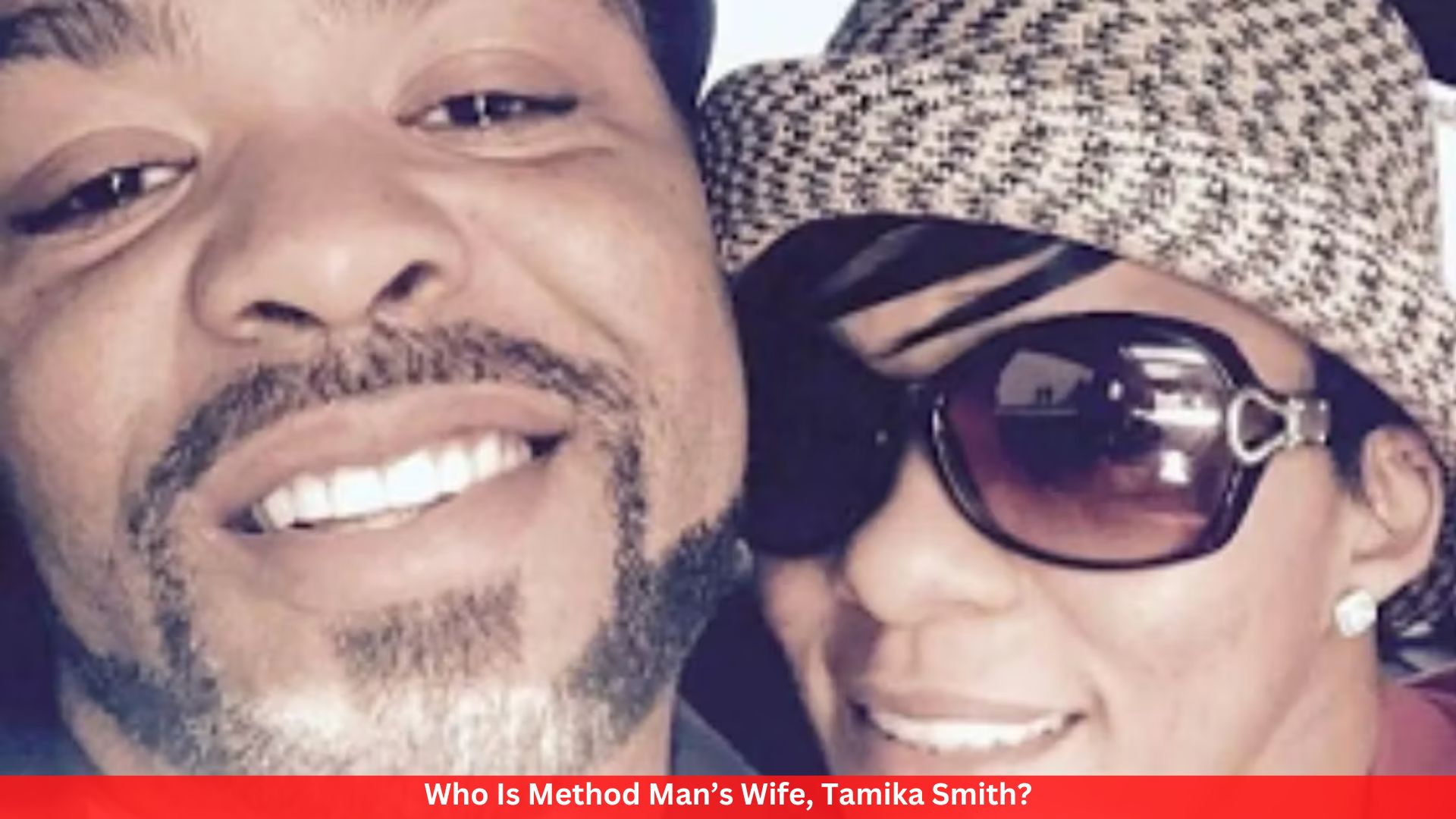 Method Man was born on March 2, 1971, in New York. He raps, writes songs, makes records, and acts. Clifford Smith, who is 49 years old, is best known for being in the East Coast hip-hop group Wu-Tang Clan, which has put out four gold and platinum studio albums.

In 1996, “I’ll Be There for You/You’re All I Need to Get By,” a song by Smith and Mary J. Blige, won the Grammy Award for “Best Rap Performance by a Duo or Group.” method has also a big deal on TV and in the movies. He has been in How High, Red Tails, and The Cobbler, and he is now playing lawyer Davis McClean on Starz’s Power Book II.

From what I know about him, he is a family man. He is married to Tamika Smith, and they have three children together. Read on to learn about his family, including his wife and children.

When Did Method Man And Tamika Smith Get Married?

Method Man and his wife Tamika Smith are very private, so you may not see them on red carpets or at events. But things are going well for the couple. When the rapper and actor went on Red Table Talk, they briefly talked about what it takes to make their marriage work.

Also read: Who Is Omar Gooding’s Wife? All You Need To Know!

Method Man asked Tamika Smith to marry him in 1999, and they got married two years later, in 2001. Tamika worked as his personal assistant from 1997 to 2002. That’s how they first met.

Tamika Smith has kept the media out of her personal life for many years. She is married to Method Man, who is a rapper, an actor, and a record producer. She once had breast cancer, which Meth tried to keep secret from the public. She won the battle. Meth said in a 2016 interview, “My wife is one of the strongest people on earth.”

She finished a 75-hour course at the Richmond County Real Estate Institute in 2012, according to The Sun. The class gave her a license to sell real estate. In 2013, Tamika went back to school to learn how to start a small business and run it. She went to Staten Island College to take the class. At the same time, she also worked toward a bachelor’s degree in business management and administration.

People told a lot of people about Tamika’s cancer, which got a lot of attention, but other than that, not much is known about Method Man’s wife.

Method man’s wife is educated, married, and has kids. She works in the cosmetics business. In 1994, her two-year-old son Dontae Hawkins was shot by her older sister, Tonya Muldrow. Four men were trading shots in the Stapleton neighborhood of Staten Island, New York City when Tamika’s nephew was shot by accident. Dontae lost a kidney and had to have surgery right away to stay alive.

Method and Tamika have three kids who live with them. In 1996, Sha, their first child, was born. Rae, whose real name is Raekwon, and Cheyenne were both born in 1997. On the IMDb page for Method Man, it says that he lives with his family in Staten Island, New York.