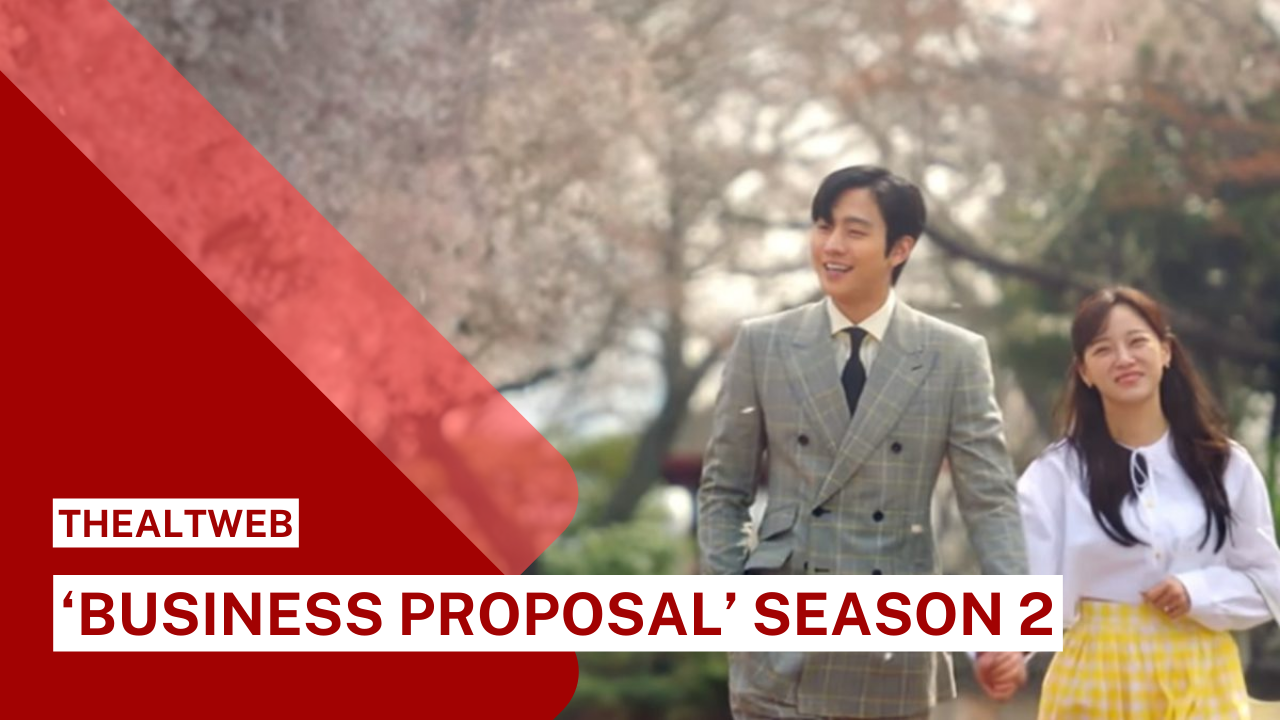 Business Proposal has racked up over a hundred million hours of viewing from subscribers, making it one of the most popular K-Dramas of 2022. Despite its success, it’s uncertain whether Business Proposal will return for a second season on Netflix.

Business Proposal is a Netflix Original drama series based on the popular webtoon novel The Office Blind Date. It is an internationally licensed South Korean drama series. Han Sul Hee and Hong-Bo Hee wrote the screenplay for the series, which was directed by Park Seon Ho.

Shin Ha Ri has been single for a long time and has had a crush on her buddy for years, but when she finds out he has a girlfriend, she is devastated, so she seeks out the help of her friend Jin Young Seo. Young Seo begs Ha Ri to go on a blind date for her and goes in with the idea of rejecting the date, only to find out that her date is Kang Tae Moo, the CEO of the company where she works.

Netflix Renewal Status for Season 2 of A Business Proposal

This isn’t to suggest that A Business Proposal won’t be renewed; Netflix, after all, could have a big role in the outcome.

A Business Proposal has topped Netlfix’s top 10 Non-English TV list for the previous many weeks. The k-drama has received 102,840,000 million hours of viewing between February 28th and April 3rd. Given that the viewing data for the remaining two episodes are still pending, the overall number of hours watched will be significantly greater.

Tae Moo and Ha Ri are two of the most popular actors in Korea.

In the conclusion of A Business Proposal, love was in the air for everyone.

Ha, Ri’s secret was finally revealed after she spent the majority of the season hiding her true identity from Tae Moo, but it didn’t stop the young CEO from falling in love with her.

Chairman Kang disapproved of the couple’s connection and even asked Ha Ri to terminate it and quit her job for Tae Moo’s sake when it was known to everyone. Although Ha Ri declines the Chairman’s request, the old man pretended to be ill in order to divert Tae Moo’s attention. Regardless of their disputes, Ha Ri pays a visit to Chairman Kang and looks after him, gradually softening his posture.

Both Tae Moo and Ha Ri receive their parents’ permission, but the former must send his grandfather to the United States for treatment. Tae Moo invites Ha Ri to accompany him to America, but she declines, and the two decide to pursue a long-distance relationship instead. After returning to Korea a year later, Tae Moo says that his grandfather has now approved of their relationship and has proposed to Ha Ri.

Sung Hoon and Yeong Seo are two Korean actors that have worked together before.

She goes against her father’s desires by avoiding the date with Tae Moo in order to find someone with whom she can fall in love.

Yeong Seo eventually left her father’s house and, by chance, found an apartment next to Tae Moo’s aide, Sung Hoon.

Despite her flirting and advances, Sung Hoon refuses out of worry about Tae Moo’s reaction. Soon after, Sung Hoon protects Yeong Soo and Ha Ri from a creep filming them in their flat. Sung Hoon and Yeong Soo begin dating when Yeong Soo expresses her feelings for him.

Yeong Seo leaves her father’s firm and begins a new life with Sung Hoon because her father is so critical of him. After Sung Hoon proposes, the two start their new life together as a happily married couple.

Is a second season of the show required?

No, the series does not require a second season, which may be disappointing to certain fans.

All of Ha Ri’s and Tae Moo’s love tales, as well as Yeong Seo’s and Sung Hoon’s, ended happily and positively. While tension and drama may be created between Tae Moo’s and Yeong Seo’s families and businesses, it would be quite superficial given that Tae Moo already has his family’s support and Yeong Seo has distanced herself from her father’s influence.